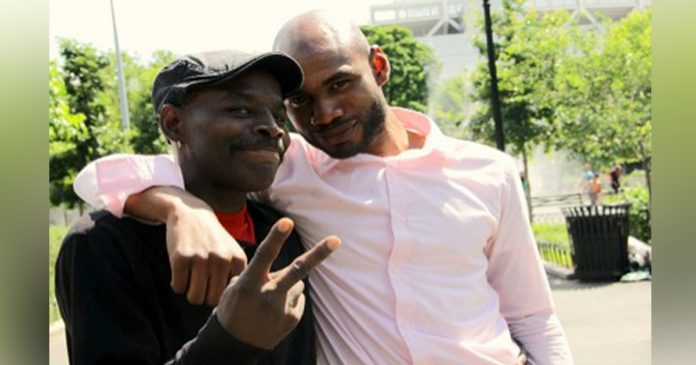 For 29 years, Terrell Starr never had someone to call ‘father’. To him, he did not even know whether or not if his father was alive and knew about him.

However, his life changed drastically when Starr decided to search for his father on Facebook. At first, he did not believe that the search would be fruitful until he received a reply from someone that he believed is his father.

Throughout his entire life, Starr never had a father figure. He grew up under the care of his grandmother in Detroit while his mother was away serving in the military.

In spite living in a neighborhood where gang violence and drug abuse were rampant, Starr managed to do well in school and joined after-school sports activities.

Nevertheless, there were times when he kept thinking about a father he never had. “Who is going to protect me? I had no idea who my father was then, but I knew I wanted him in my life,” Starr told Huffington Post.

“In my mind, I always searched for my father. I had no other means of searching for him other than in my imagination; I didn’t know his name,” Starr added.

In spite of the absence of his parents, he was lucky that his grandmother taught him how important education was.

“So my grandmother ended up playing mommy and daddy. If it weren’t for her, I wouldn’t have survived,” he said.

Needless to say, Starr still felt like he needed to search for his father. “My grandmother did her job: she raised me to be a man. But, for some reason, I didn’t quite feel like one…I always wanted to know who my father was, but never pursued him seriously.”

Starr learned his father’s name when he was in his early 20s but it was not until 2009 that he mustered up the courage to search for him on Facebook.

Later on, he sent a message to Chris Truesdale’s Facebook account, asking if he knew a Mary Starr, his mother.

Luckily, Truesdale who just bought a new computer two weeks prior to Starr’s message. Once he logged on to Facebook, Truesdale saw a message with the subject line ‘looking for a father’.

That was the moment when he finally discovered that he had a son.

Fortunately, the two managed to make up for the lost time by keeping in touch through Skype. 2 years later, Starr moved in with Truesdale and the duo grew closer to each other.

He has since moved out but he always keeps in touch with Truesdale via Facebook chat.

“I didn’t think I needed a father when I was younger, but I needed one when I was 31 years old.”

“But this time, I wasn’t alone. When I finally broke down, my father helped to build me back up. My father was finally here and he’s been with me ever since,” he said.