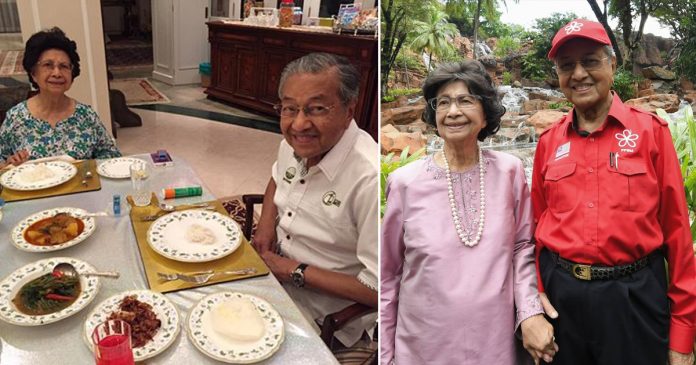 Even at his golden age, Tun Dr. Mahathir still manage to be physically fit and keep his mind sharp which led to many people wondering his secret to staying healthy at an advanced age.

In an interview with news agency Bernama in 2018, he gave credits to a healthy lifestyle as one of his secrets.

He also highlighted how important it is to keep active all the time. “I would prefer to rest, of course, but I would like to advise people not to rest when they grow old,” he said.

“If you lie down all the time, the muscles (eventually) cannot even carry your weight, you cannot stand, you cannot walk,” he added.

In addition to keeping an active and healthy lifestyle, Tun Dr. Mahathir also revealed that it is especially important to keep the brain active.

“If you don’t use your brain, you don’t think, you don’t solve problems, you don’t read, you don’t write, the brain regresses and you become senile… so always be active,” he explained.

He also shared his third and last secret which was to not overeat. According to him, that was the advice his mother gave which to stop eating once feeling full even when the food is delicious.

Take a look at his portion in this photo here.

It might be difficult at first but Tun Dr. Mahathir has proved that these three tips are only what you need to follow if you want to be as physically and mentally fit as you grow older.