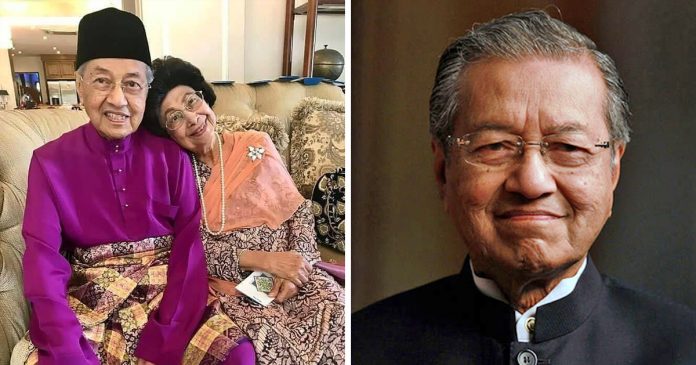 Here are 10 more fascinating facts about Malaysia’s 7th Prime Minister that you might not know.

2. He met his wife, Tun Dr. Siti Hasmah when both of them were still college students

The couple met at King Edward VII College of Medicine in Singapore. While other men tried to woo Dr. Siti Hasmah with chivalrous gestures, Tun Dr. Mahathir won her heart with his lecture notes.

3. He contributed for The Straits Time when he was in college as a writer

Tun Dr. Mahathir is known for his eloquent and bold speech with a witty touch. While he is quite a great speaker, not many know that he was a writer with the pen name ‘C.H.E. Det’. He wrote for the newspaper about extensive topics, ranging from his political views on royalty and nationality to Malay issues.

4. Among the first few world leaders to own a blog

He may be turning 94 years old this year but that does not mean Tun Dr. Mahathir does not care about catching up with the modern technology. In fact, he was one of the first few world leaders to write a blog. He established his blog back in 2008 and still keeps it updated on a regular basis.

He was the one who was responsible for the many modern infrastructures in Malaysia including the famous Petronas Twin Towers and the country’s main airport, Kuala Lumpur International Airport.

6. Held several other key positions in the government

Apart from his long career as Malaysia’s 4th and 7th Prime Minister, Tun Dr. Mahathir also held several positions in the government in the past. Here are some of the positions:

Anwar Ibrahim served as Deputy Prime Minister under the leadership of Tun Dr. Mahathir but things took a different turn later on due to Anwar’s strong desire to reform. Later on, Tun Dr. Mahathir took Najib Razak under his wing but it was not until Najib was embroiled in the massive 1MDB corruption scandal that he decided to join the politics once again.

Before the 14th general election in 2018 where Malaysians saw the opposition party, Pakatan Harapan, won for the first time, it was Barisan Nasional who ruled the country for 60 years since the state was granted independence from Britain in 1957.

9. He was a part of the state’s most dramatic and gripping election yet

He led the then opposition party, Pakatan Harapan, to a shocking victory in the 14th general election, defeating the 60-year reign of ruling Barisan Nasional.

Tun Dr. Mahathir was regarded as one of the key political figures who were responsible to lead Asian countries to prosper economically as can be seen today. Along with him were Indonesia’s Suharto and Singapore’s Lee Kuan Yew.

Straight A’s student does his homework on flyover everyday because his...