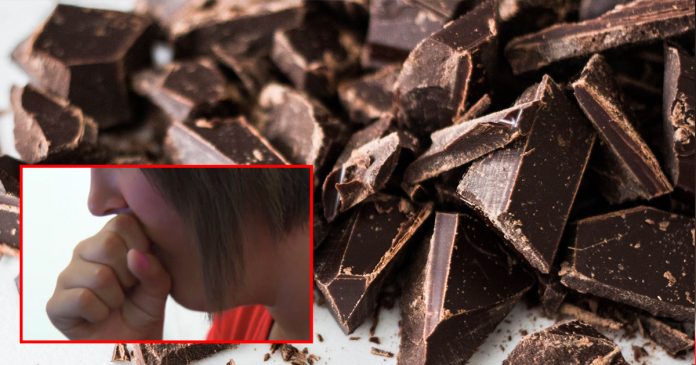 Remember those times when we wished that medicine would taste like chocolate instead? God has finally answered our prayers experts reportedly advise those who often cough to consume chocolate.

A lot of people are having dry and itchy throats especially during winter—making them cough all the time. Daily Mail reported that a Professor Alyn Morice from the University of Hull, United Kingdom, suggested that chocolate can actually act as cough remedy.

A clinical pharmacologist and the Professor of Respiratory Medicine, Head of Medicine, Hull York Medical School at the University of Hull, Morice carried out a study and discover an amazing finding.

He found out that cough medicines containing cocoa are better at soothing and clearing up coughs than those without.

According to a study which involves 163 people, the patients improved after taking chocolate-based cough medicine for two days. The researchers also found out that the alkaloid in the cocoa has high viscosity. The thickness and smoothness of the texture form a thin film at the nerve endings of the throat and reduces the itchiness.

“This kind of effect can explain why honey lemon and other syrup can stop a cough. But I think chocolate is more effective,” said Dr. Morice.

“I know it might sound like something out of Mary Poppins, but as an independent clinician who has spent years researching the cough mechanism, I can assure you the evidence is actually as solid as a bar of Fruit and Nut.”

They also found that the patients were less likely to be disturbed in the middle of their sleep by coughing fits.

Dr. Morice suggested that the best way to reap the throat-soothing benefits of chocolate is to let a piece of dark chocolate melt in your mouth, so it will have time to coat the inside of the throat or to use a cough medicine containing chocolate.

Have a cough but not feeling like taking the meds? Just grab a piece of dark chocolate!