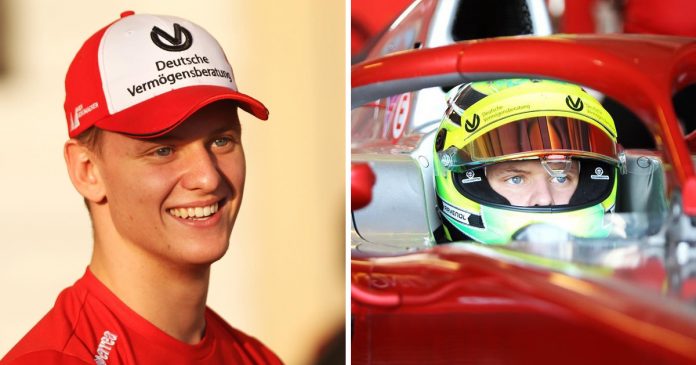 Mick is reportedly to take part in one of the 2019’s two in-season tests with the academy as stated in the official statement released by Ferrari last Saturday.

“I am thrilled that Ferrari has entered a partnership with me and my next future in motorsport will be in red, being part of the Ferrari Driver Academy and also of the Scuderia Ferrari Family,” said Schumacher.

“Again, this is another step forward in the right direction, and I can only profit from the immense amount of expertise bundled there. Be sure I will make everything to extract whatever helps me achieve my dream, racing in Formula 1.”

I am thrilled that I will be part of the @insideFDA and also of the @ScuderiaFerrari Family. I will make everything to achieve my dream, racing in @F1. Ferrari has a big place in my heart and those of our family, so I am delighted on a personal level about this as well. #FDA #SCM pic.twitter.com/5nTDNxfJNs

“It is more than obvious that Ferrari has a big place in my heart since I was born and also in the hearts of our family, so I am delighted on a personal level about this opportunity as well.”

“At this stage, it is however also time to say thank you to my family, friends, and partners who supported me all along and helped me arrive at this point.”

Ferrari boss Mattia Binotto said that while it was an honor to have Michael’s son to join the academy, he added that Mick was selected due to several criteria.

“For someone like me who has known him from birth, there’s no doubt that welcoming Mick into Ferrari has a special emotional meaning, but we have chosen him for his talent and the human and professional qualities that have already distinguished him despite his young age,” he said.

Mick’s father, Michael claimed five of seven world championship titles in Formula 1 racing. He fell into a coma after suffering from severe head injuries in a skiing accident in 2013 and is currently undergoing rehabilitation.

Our champ turns 50 today. We’re all with you Michael #KeepFighting pic.twitter.com/hN4n8Br1ap

Mick Schumacher won the Formula 3 title last season and will compete in Formula 2 in Bahrain this year.