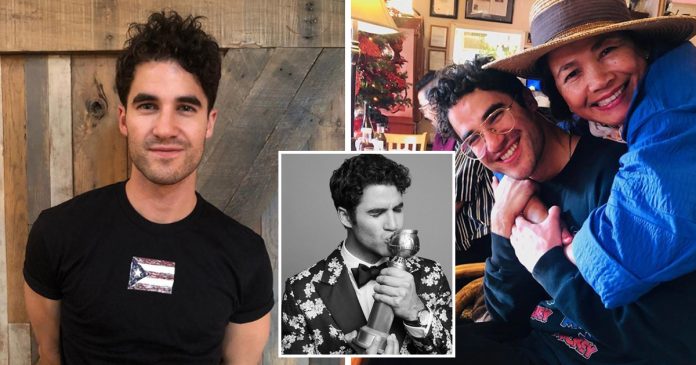 After a huge night of celebrations from his 2019 Golden Globes win, Darren Criss treated himself to a spot of breakfast with his Cebuan mom.

The Filipino-American actor, who was awarded for his performance in “The Assassination of Gianni Versace,” celebrated his victory by eating “Filipino treats” with his Cebuana mom, Cerina Bru.

The 31-year-old shared the sweet moment with his fans on Instagram. His mom is pictured hugging him lovingly as they beam for the camera.

“Morning after Golden Globes celebration was full of Filipino treats including this fun spritely lady with me … ‘who dreamed of coming to this country and getting invited to glamorous parties like this…’ Well Mom, I’m glad you made it,” Darren wrote.

Although Darren didn’t share what Pinoy treats they enjoyed, it certainly looks like they both had the best time in each others’ company!

It’s clear from the snap just how much he loves his mom—he even proudly dedicated his Golden Globes win for best actor speech to her at the awards show.

“This has been a marvelous year for representation in Hollywood, and I am so enormously proud to be a teeny tiny part of that as the son of a firecracker Filipino woman from Cebu that dreamed of coming into this country and getting to be invited to cool parties like this. Mom, I know you’re watching this,” he said.

“I love you dearly. I dedicate this to you. This is totally awesome,” he added.

He said his “drive” and motivation to become a star comes from his mom. How sweet!

Darren is the first Filipino-American to receive an acting award at the Golden Globes.

Impressively, he was also the first actor with Filipino roots to win an Emmy for the part.