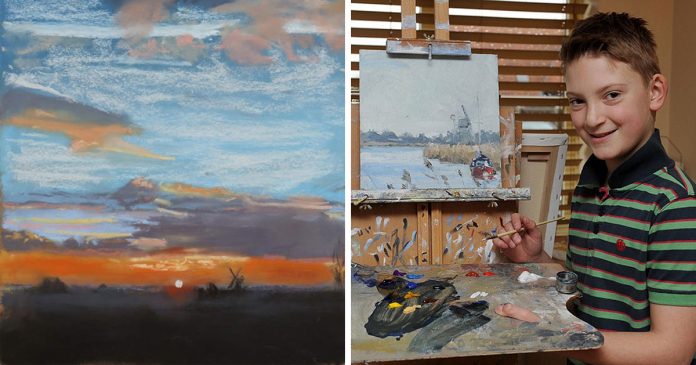 Some people were born with amazing talent and this boy is one of them. At a very young age, Kieron Williamson from the United Kingdom was gifted with such wonderful drawing skills.

When Williamson was only 5-year-old, he saw this port with beautiful scenery and suddenly asked for a paper and colored pencils from his parents. He immediately drew the scenery and it looked amazing!

At the age of 5, it is such an accomplishment to be able to draw this well. 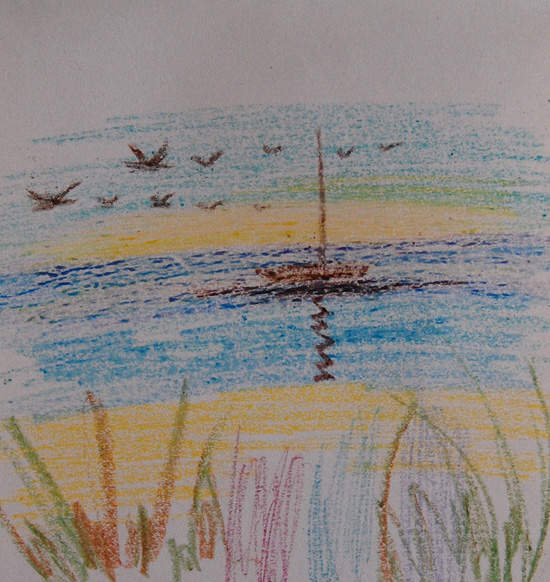 When Williamson’s mother discovered that her son likes to paint, she took him to a painting class hoping that he will learn some more professional skills. 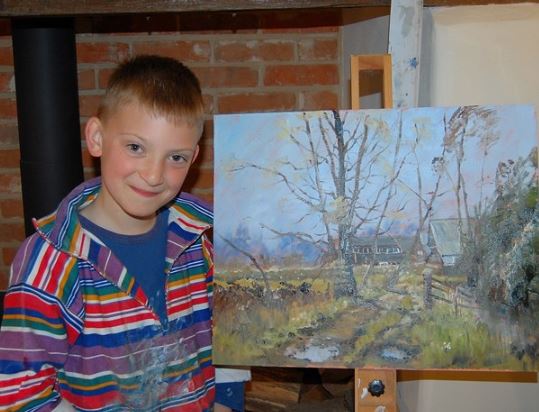 Williamson in his element. 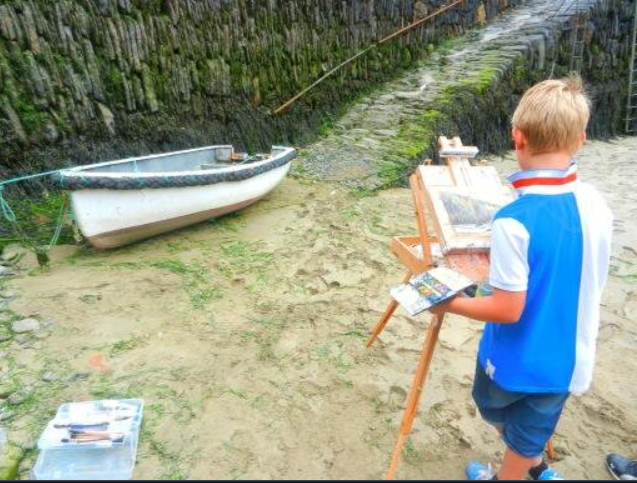 However, Williamson refused to go to the class after few times of attending. The reason was simply because he thought there’s nothing more the teacher can teach him. That is when the parents figured out that their son is a little painting prodigy.

Hence, they invited a more skilled teacher to guide Williamson in his paintings. 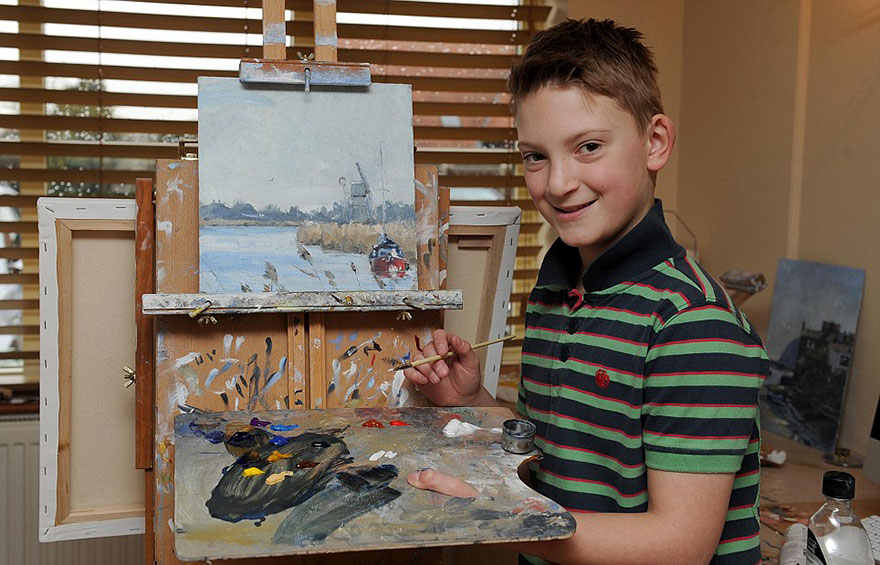 Many collectors came from the United States to buy Williamson’s paintings. 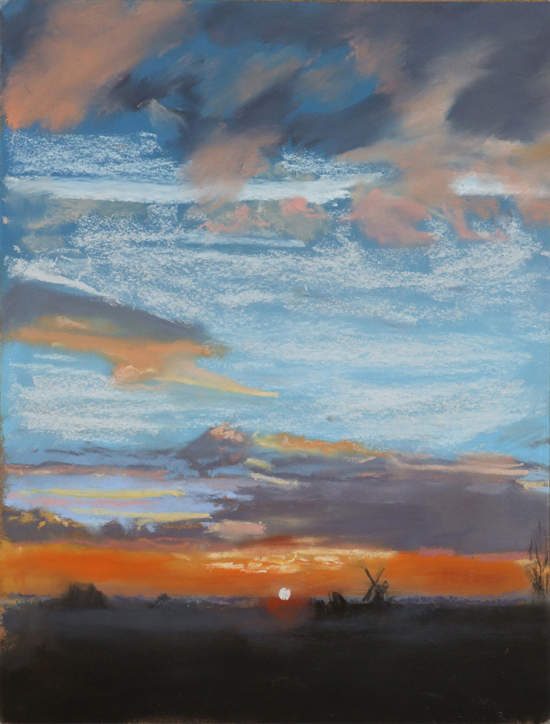 Some even started to line up as early as two days before the exhibition starts just to get their hands on his paintings. 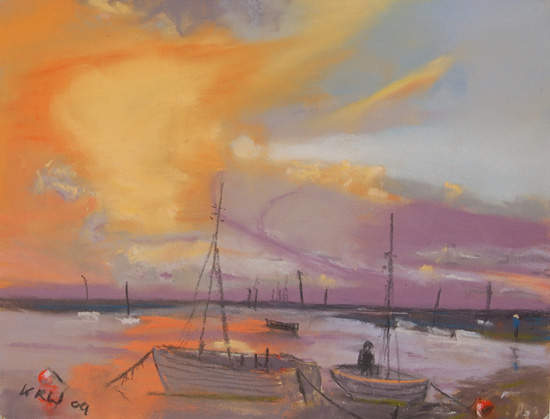 Williamson setting up his gallery. 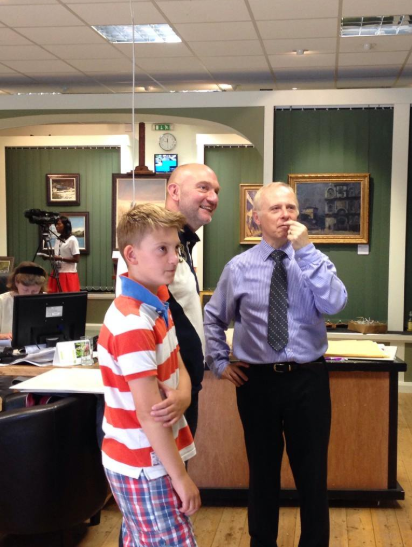 With that much money that he made for selling paintings at the age of 7, Williamson didn’t let the money go to waste and bought a house for his parents. At the age of 8, Williamson became one of the most famous painters in the industry at that time.

Williamson bought a house for his parents. 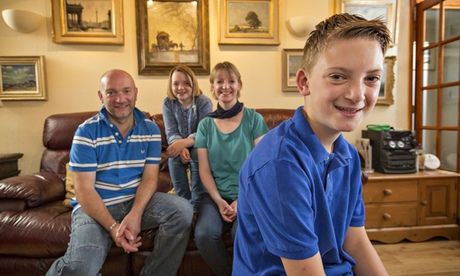 Williamson particularly loves landscape paintings and even won the title of “Little Monet”. Claude Monet was a French painter and a founder of French Impressionist painting. Williamson’s paintings were sold in 35 different countries with an output of more than £6 million (USD 7711188). 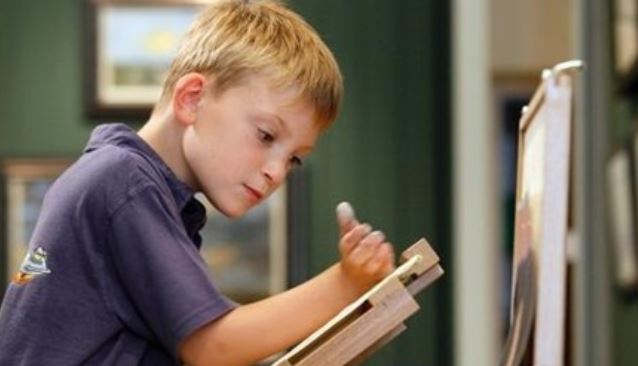 Experts explained that Williamson doesn’t like ordinary painting with vivid colors like the other children. Be it his brushstrokes or landscape selection, his technique is more mature than ordinary people.

He likes to use color combinations like gray and yellow for skies, and black and white for birds in his picture—making his work somehow exudes a “mature sadness” feeling to it.

One of his landscape paintings. 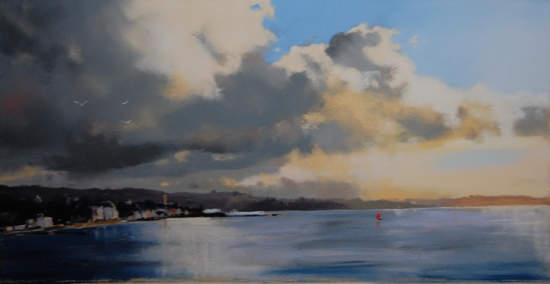 Nobody would’ve guessed that a little boy drew this. 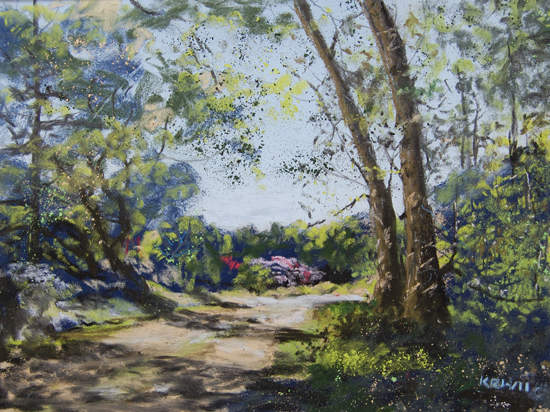 Now at the age of 16, Williamson is still painting and making a lot of money from his work. However, he firmly believes that painting shouldn’t be a means to get more money.

“I will not let painting be a means of making money. I will draw all the scenery that I like and can touch my heart, but I won’t paint it when I don’t like it. I will never sell my soul,” said Williamson.

Williamson believes paintings shouldn’t be a means for money. 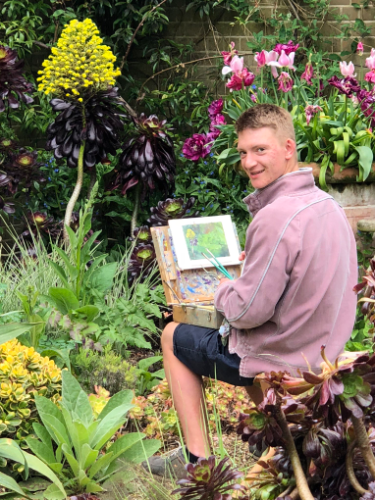 Williamson will only paint things that can touch his heart. 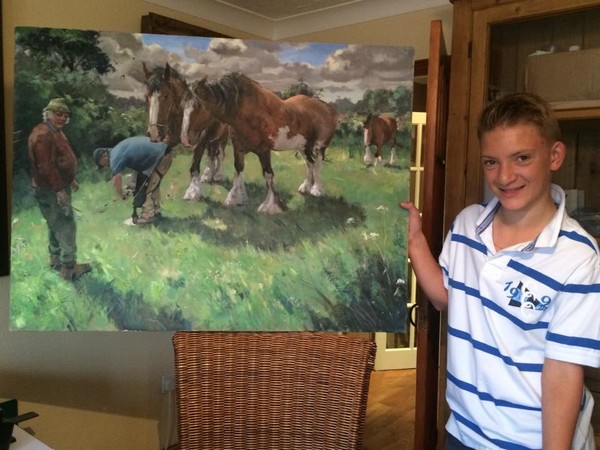 Among his latest painting—it’s breathtaking! 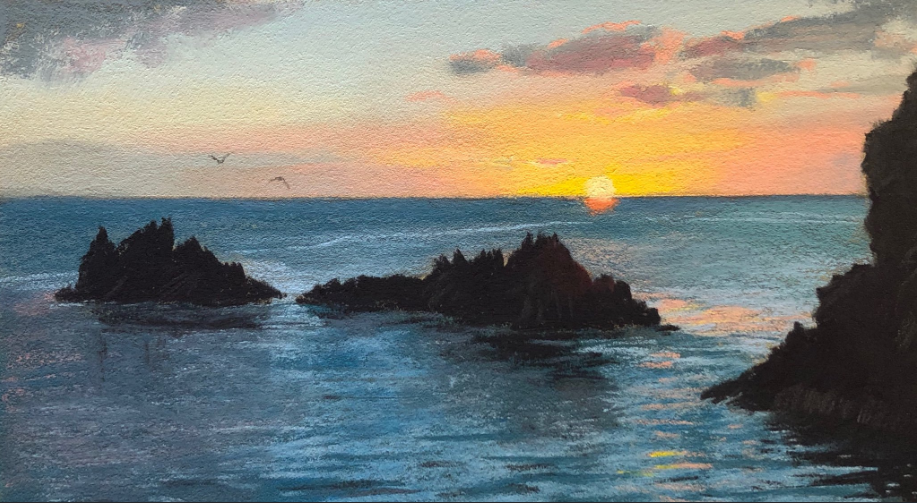 It’s hard to find a pure talent with a skills like Williamson these days. We hope to see more of your work in the future, Kieron!

A Child with Autism Can Produce Landscape Drawings with Just a...