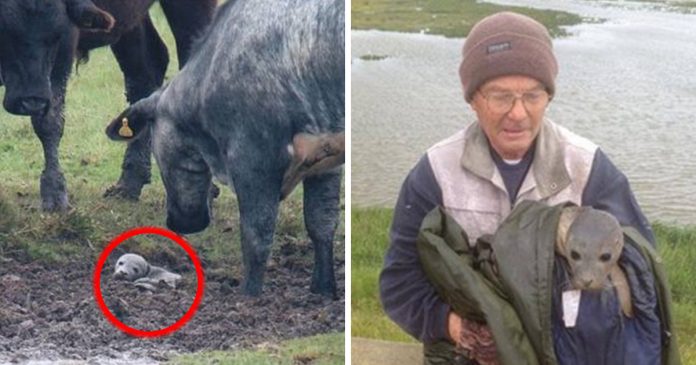 An orphaned baby seal pup was rescued by a group of cows, who alerted a bird watcher by crowding around the poor thing!

Ian Ellis, 67, said he spotted seal “in distress” while he was birdwatching in Lincolnshire, UK, and came across an unusual sight.

He saw a dozen curious cows surrounding the poor seal pup stuck in the mud! 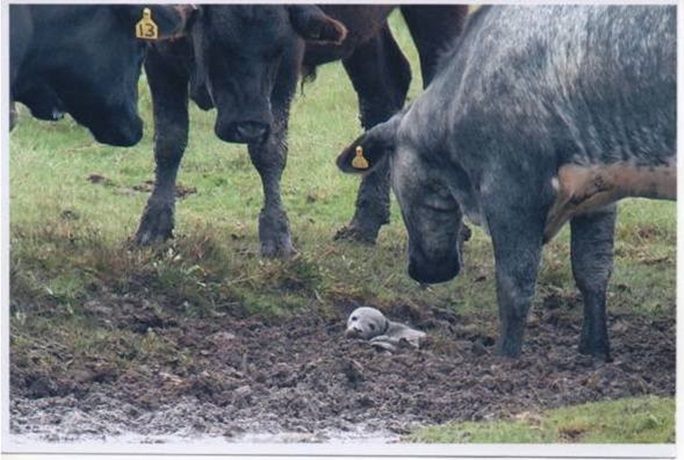 He quickly decided to ring for help at the marshland near the North Sea, assuming the seal was swept in by a tide. 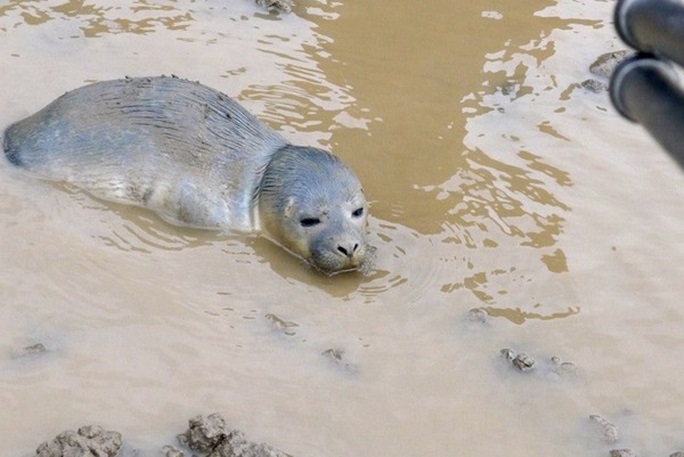 It wasn’t long before Skegness Natureland Seal Sanctuary, a local seal rescue organization offered words of advice about how to save the seal.

Speaking to ABC News, Duncan Yeadon, Seal Sanctuary director, said, ”We were able to give advice about how to take the seal out of the situation, and Ellis was able to recover it with the help of wardens.”

“They took her back here to the seal hospital, where she’s still recovering in at the moment,” he said. 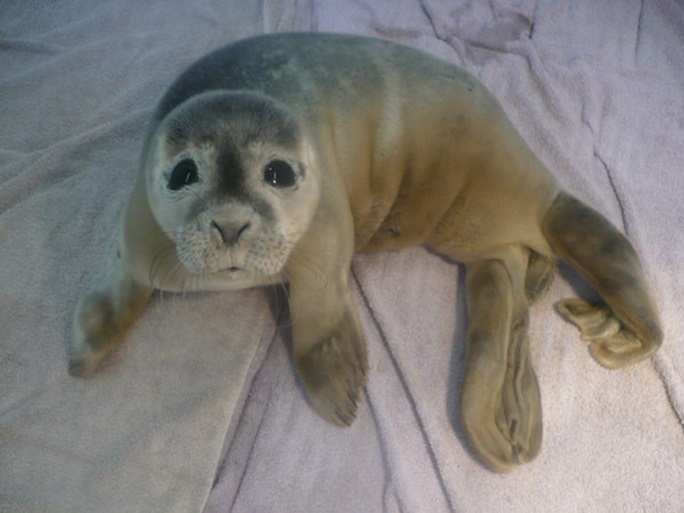 She was extremely dehydrated, underweight and also had a chest infection which meant she had trouble breathing. 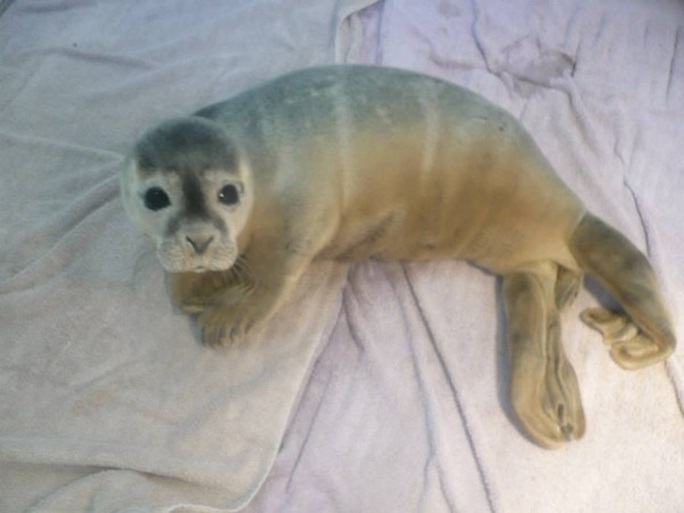 If the cows hadn’t noticed her, she might not have survived! 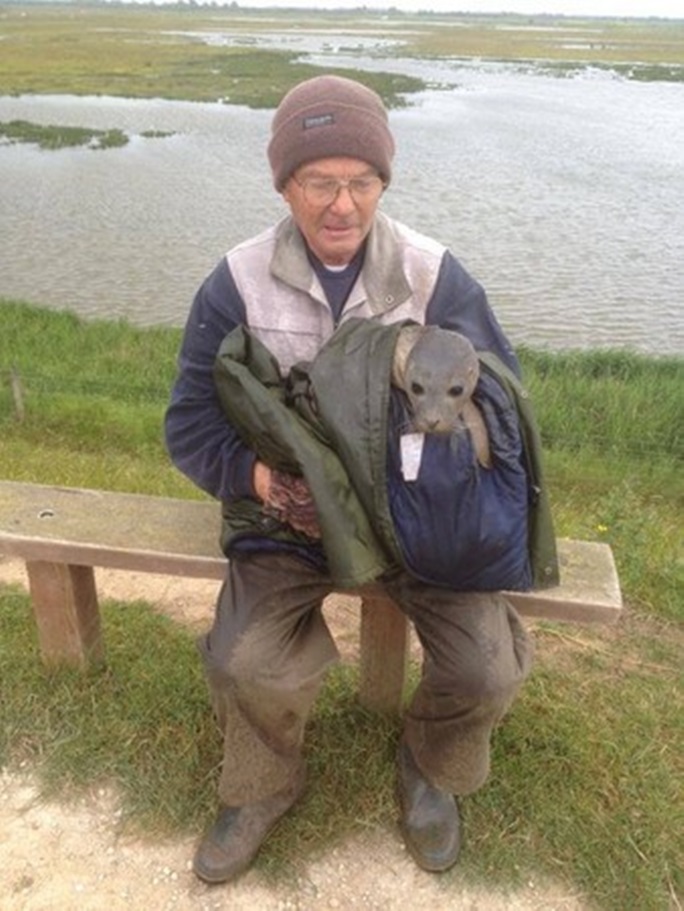 “She’s now on antibiotics and anti-inflammatories and will hopefully be out of the hospital in the next week. Then it’ll usually take us about three months to put sufficient weight on her and teach her how to eat fish before we release her back into the wild again,” Duncan said.

The seal, who was named Celebration, soon regained her strength and was released back into the wild.

We hope she has a happy life!