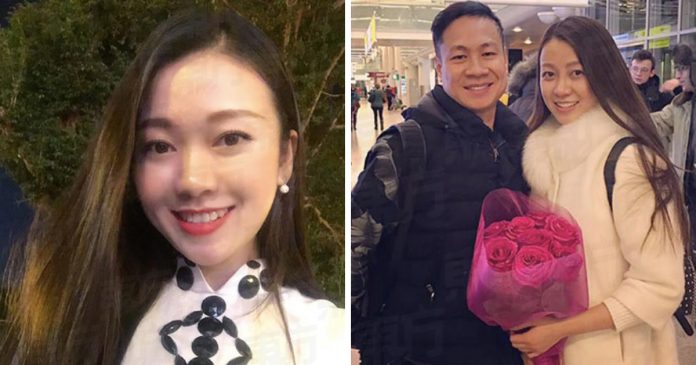 Nguyen Van Anh, a Vietnamese beauty queen and “school flower”, married the man of her dreams from Russia who she met online against her parents’ wishes. They were all shocked to find out he was a successful, rich businessman!

The loved up pair had only met on the internet for 10 months when they decided they wanted to take it a step further.

But Deng Gang made sure to conceal all parts of his social status from her.

She was determined to marry him even though her parents opposed the long-distance relationship!

Her parents thought their feelings for each other wouldn’t last long.

Nguyen Van Anh performed exceptionally in school and graduated from the Hanoi University of Technology, according to a comprehensive foreign media report.

Beauty and brains! Not only did she win academic awards, she is also stunning with beautiful long hair and gorgeous eyes, and won a school beauty contest.

She was shocked when she flew to Russia to marry him. She found out that her fiancee was actually an extremely wealthy businessman.

They tied the knot with the wedding of dreams in a five-star hotel, which reportedly cost a whopping 1 billion Vietnam dollars!

And they travelled to three countries to capture the most stunning engagement photos.

The cute couple is now happily married and has two sons.

Congratulations, we wish you a lifetime of happiness!

A plane was forced to turn around because a mom actually...

Young pilot gave a heartwarming surprise to his parents after 17...