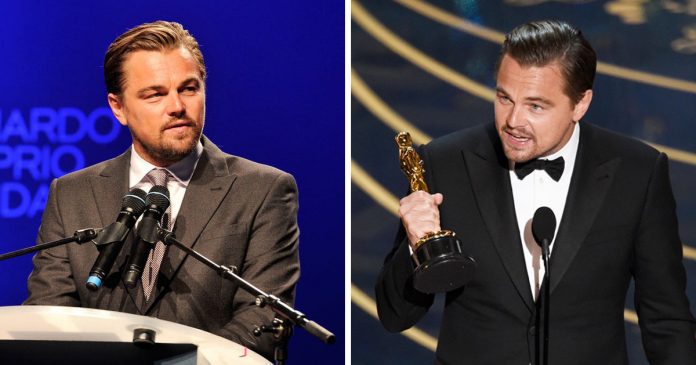 Besides his ravishing good looks and outstanding acting career, not many are aware of Leonardo DiCaprio’s private life. He is always known to be an environmentalist and a passionate advocate for environmental issues, but this Academy Awards winner has shown that his care for this world is on a different level as he donated more than USD 100 Million to fight climate change.

This 45-year-old actor gained international fame as Jack Dawson in the epic romance movie Titanic in year 1997, which later became the highest-grossing film of all time.

A year later, he established the Leonardo DiCaprio Foundation (LDF) on the Earth Day of 1998 with the mission of protecting the world’s last wild places and to implement solutions to help restore balance to the threatened ecosystem.

He was just 24 years old when he established his foundation. 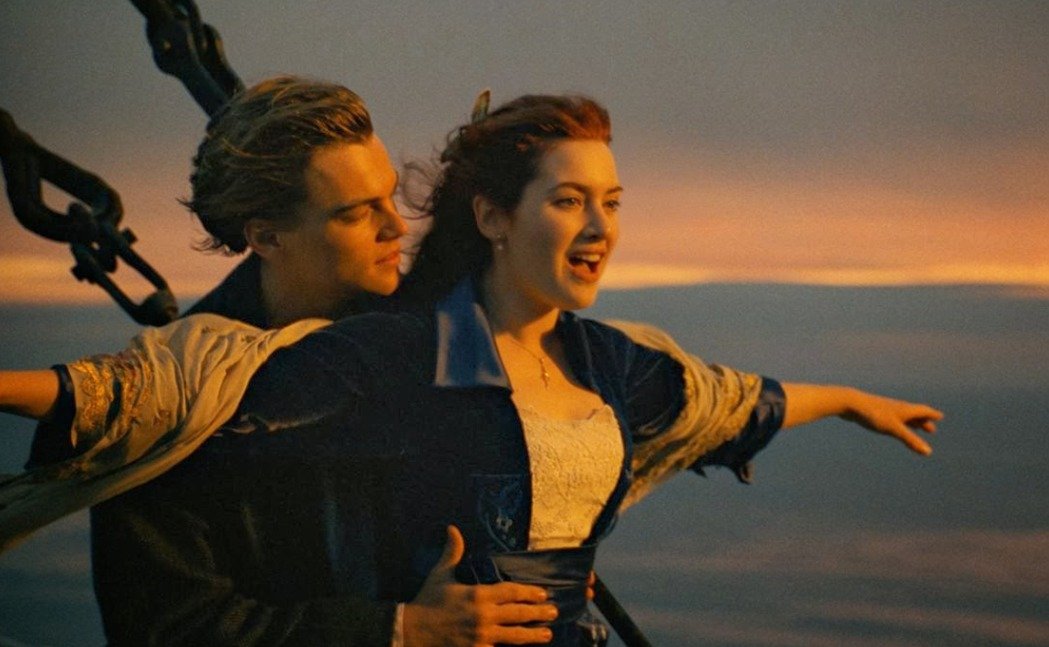 Throughout the years, DiCaprio actively continues his participation in this area and chaired the national Earth Day celebration in 2000. He got to interview President Bill Clinton and they discussed plans to deal with global warming and the environment.

Thanks to his active involvement in these causes, DiCaprio has attained high praises from various environmental groups and received few accolades. Among them are the Martin Litton Environment Award received in 2001 from Environment Now and the Environmental Leadership in 2003 from Global Green USA.

DiCaprio actively participates in conserving the world at a young age. 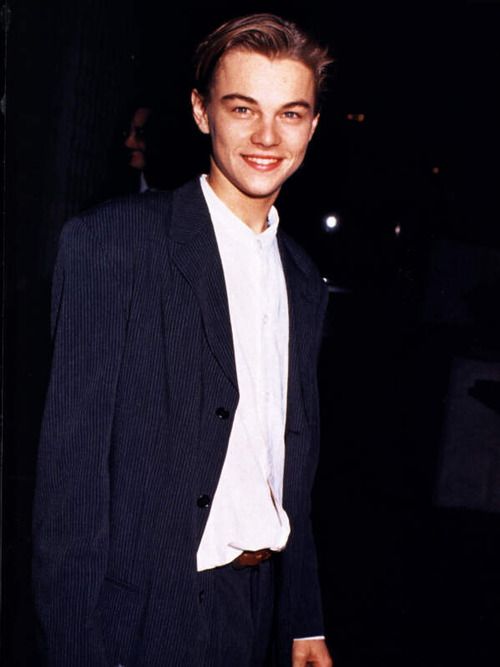 DiCaprio’s plan of saving the earth didn’t stop only with these activities but he incorporates it in the field that he’s most confident—acting. In 2007, this Wolf of Wall Street star co-wrote, co-produced and narrated ‘The 11th Hour’, a documentary about people’s relationship to nature and global warming.

DiCaprio’s effort for the environment and wildlife continues when he donated $1 million to the Wildlife Conservation Society at Russia’s tiger summit in November 2010. The Revenant star was later nominated for the VH1 Do Something Award—an award honoring people who do good in the same year (2010) for his environmental work.

DiCaprio received praises for his never-ending effort to save the environment. 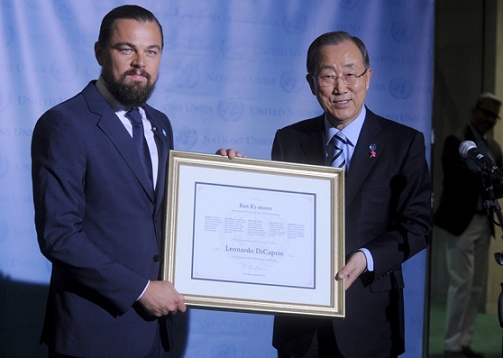 This Golden Globe award winner later joined the Animal Legal Defense Fund’s campaign to free Tony, a tiger who has spent the last decade at the Tiger Truck Stop in Grosse Tete, Louisiana in 2011.

One amazing thing he told the attendees at the auction—”Bid as if the fate of the planet depended on us.” 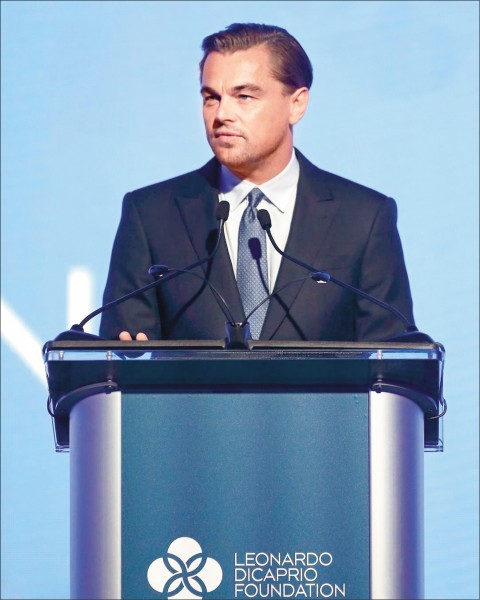 In 2014, DiCaprio’s role in protecting the environment climbed on another level as he was appointed as a United Nations representative on climate change. He also made an opening statement to members of the UN Climate Summit later that year.

DiCaprio also executive-produced and appeared in ‘Before the Flood’, a 2016 documentary film examining various aspects of global warming. He also spoke again at the UN in April 2016 prior to the signing of Paris Climate Change Agreement.

Most importantly, he also talked about climate change in his Oscars’ Best Actor Award acceptance speech. Talk about dedication! 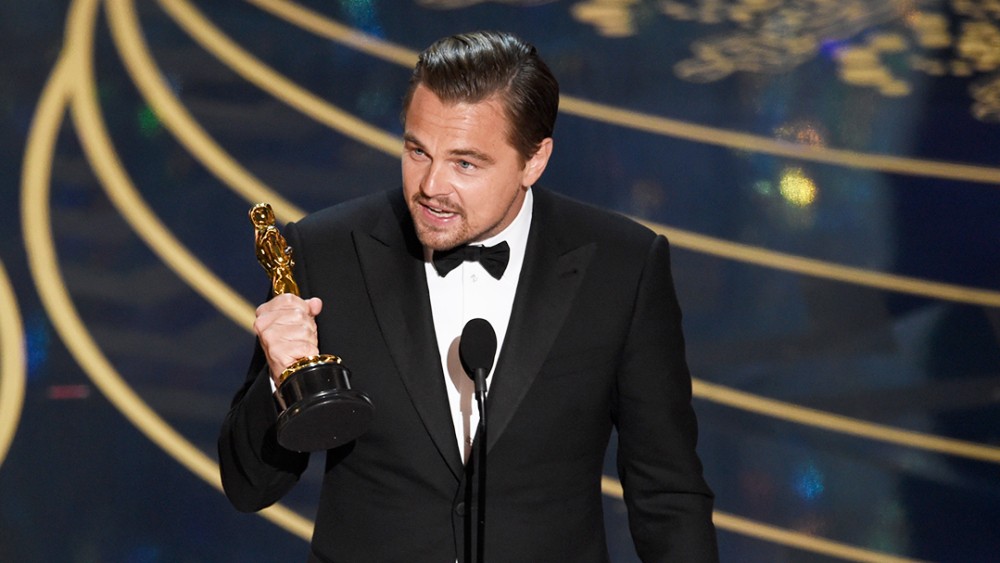 “Climate change is real, it is happening right now. It is the most urgent threat facing our entire species and we need to work collectively together and stop procrastinating. We need to support leaders around the world who do not speak for the big polluters, but who speaks for all of humanity, for the indigenous people of the world, for the billions and billions of underprivileged people out there who would be most affected by this. For our children’s children, and for those people out there whose voices have been drowned out by the politics of greed,” said DiCaprio in his acceptance speech.

DiCaprio’s dedication to the environment is also the drive that made him traveled to Indonesia in early 2016 and criticized the government’s palm oil industry’s slash-and-burn forest clearing methods. During his speech at the World Economic Forum 2016 in Davos, Switzerland, DiCaprio announced that his foundation will give more than USD 15 Million to fast-track cutting edge sustainability and conservation projects around the world.

DiCaprio together with the indigenous community.

His grants support various projects including protecting the endangered species and empowered indigenous communities to fight back against corporate encroachment of their lands. If the amount sounds familiar, Fast Company reported that it’s most probably because DiCaprio also gave away another USD 15 million to global conservation efforts in July of the same year.

DiCaprio is very consistent in his effort to save the Earth. 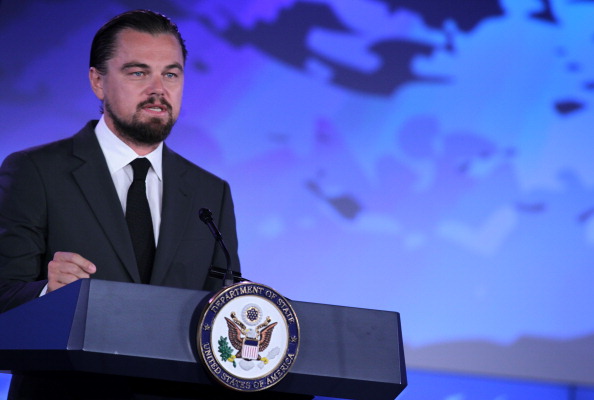 DiCaprio’s effort is going strong in 2017 as his foundation put on a charity auction and celebrity concert, raising over USD 30 million in its opening days. Last year in 2018, DiCaprio celebrates his 44th birthday and hosted a 20th-anniversary celebration of his foundation.

Two decades after the establishment, LDF has been supporting more than 200 environmentally focused projects all across the globe. 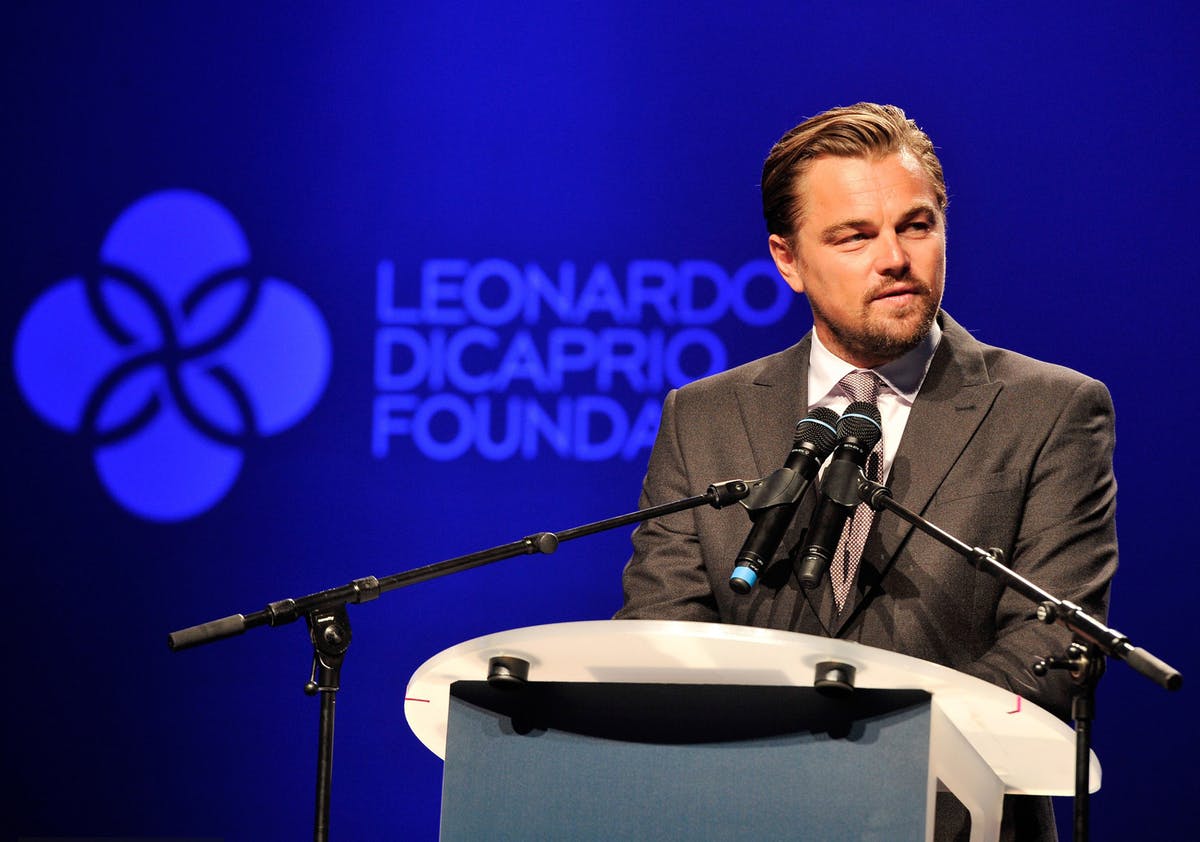 With this fund, it has brought the foundation’s total financial impact to more than USD 100 million, a staggering achievement reflected in the ambitious number of projects supported by LDF.

“When I founded LDF 20 years ago, I did so based on the simple idea that we could make a real difference by directly funding some of the most effective environmental projects-whether it be individuals, grassroots movements or major nonprofits, we wanted to focus on getting critical funding to those who could have the greatest impact. We are extremely proud to celebrate 20 years of this model.”

“Since 1998, we have supported over 200 projects on every continent and in every ocean from habitat and species conservation, renewable energy, climate change, indigenous rights, and more. I am pleased to announce USD 11 million in new grants across our six program areas, bringing the total financial impact of LDF to over USD 100 million.”

DiCaprio trying to tackle climate change from every nook and cranny.

Such a proud achievement, all for the future of our environment!

Secretly requested to donate organs, 18-yo man saved 6 other lives...