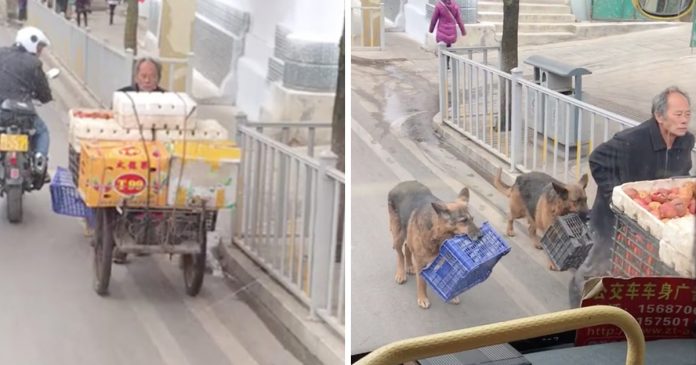 When we’re old, it’s hard to do everything on our own. We might need a hand to do certain things and this old man gets his help from an unexpected one.

In the 10 seconds video recorded by a public transportation passenger, the old man was seen walking on the roadside while pushing a seemingly very heavy cart. The cart was full of boxes of fruits and he looked like he was having a hard time pushing the cart as his pace was quite slow.

The old man was pushing a heavy cart full of fruits. 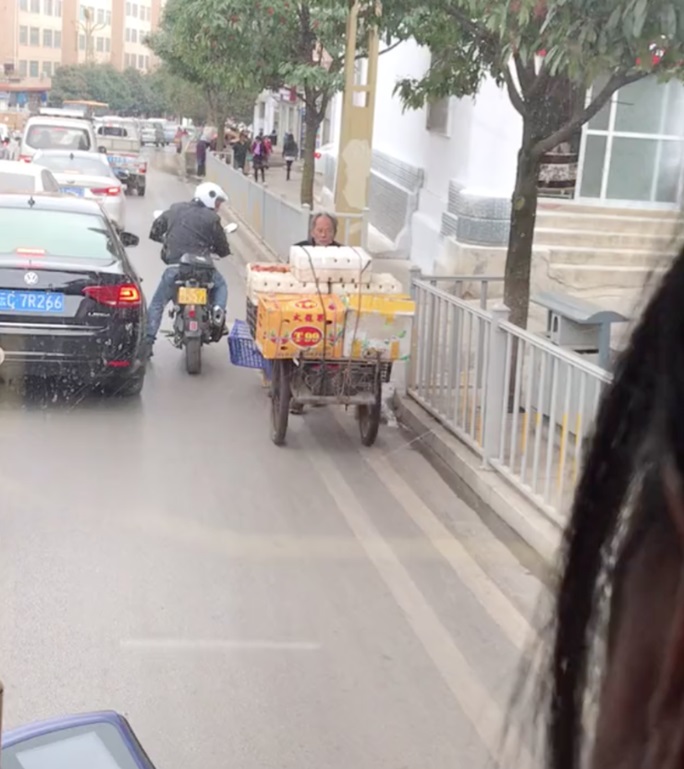 He looked quite pitiful as there was nobody else to help him but after some time, two dogs appeared in the video and were seen walking behind the old man. The old man was not alone! He actually has these two dogs as his helpers!

The dogs patiently walked behind the old man. 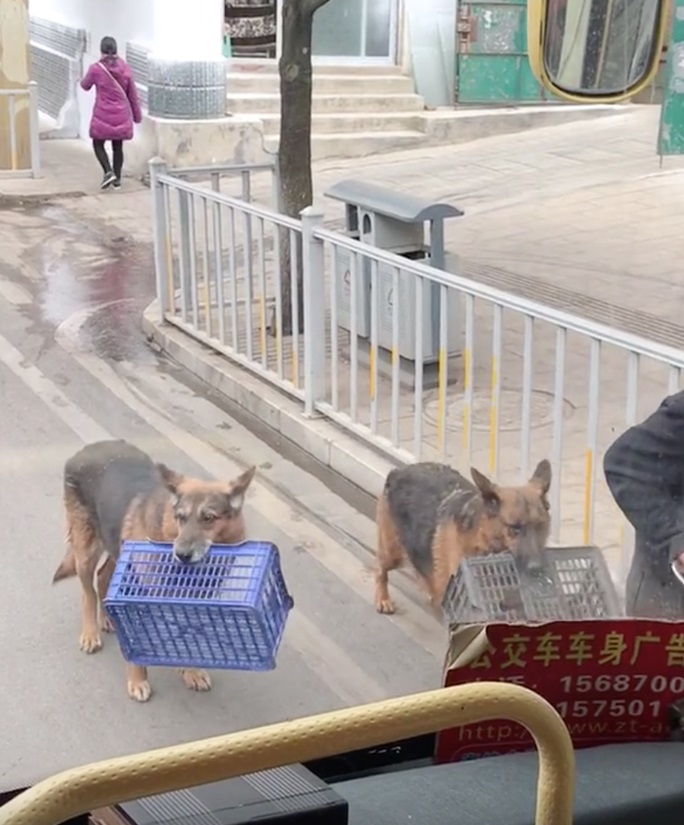 The dogs were seen carrying blue and gray baskets and they adjusted their speed to the old man’s and slowly follow him from behind.

These dogs must have been anxious to see an old man doing hard work and decided to help him carry the baskets. Not only there to accompany him, but the dogs also helped the old man with his work too!

When the old man moved slowly, they will move slowly too. 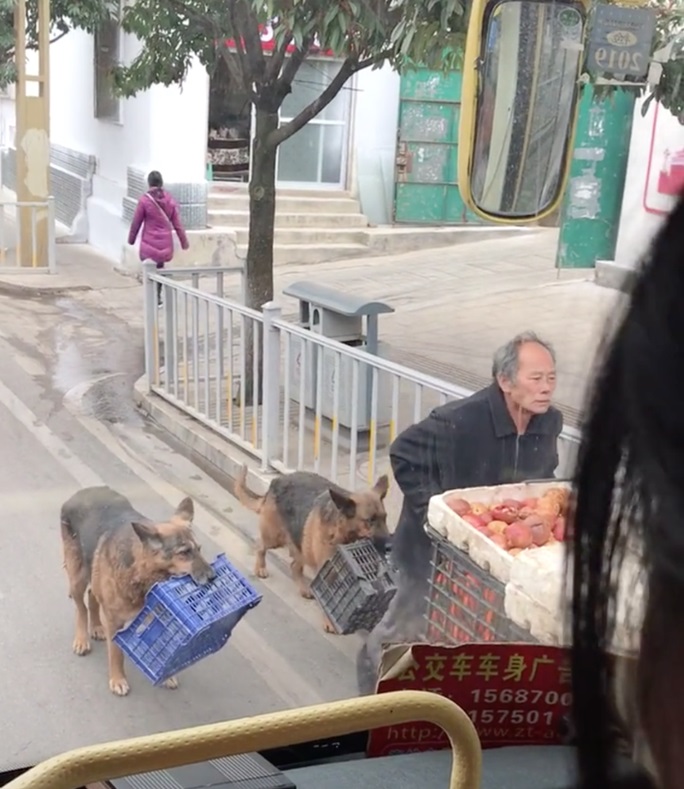 Even when this old man is doing something hard, we believe that he’ll get through it when he has such loving company. Looking at this situation, a lot of people are praising the old man for raising such well-behaved and very skilled dogs!

We hope these dogs will continue to help the old man for a long time!