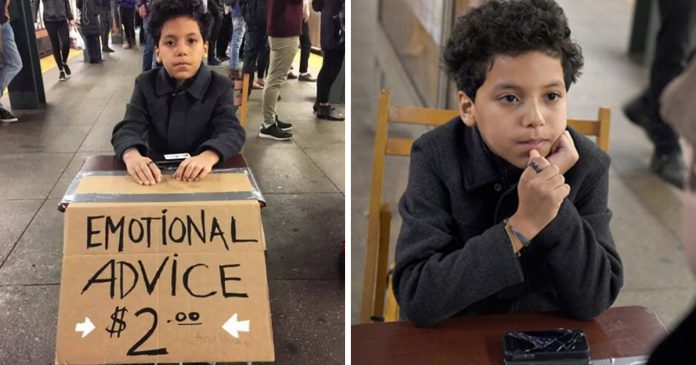 When it comes to serious emotional issues, adults tend to overthink and get too carried away making it even harder to find the solution. Why not just ask an 11-year-old about it?

This boy called Ciro Ortiz might be young, but would listen to all your problems and even make a suggestion for you.

Only for $2, Ortiz can be found in the corner of the crowded train stop in Brooklyn on Sunday afternoons to listen to your worries. 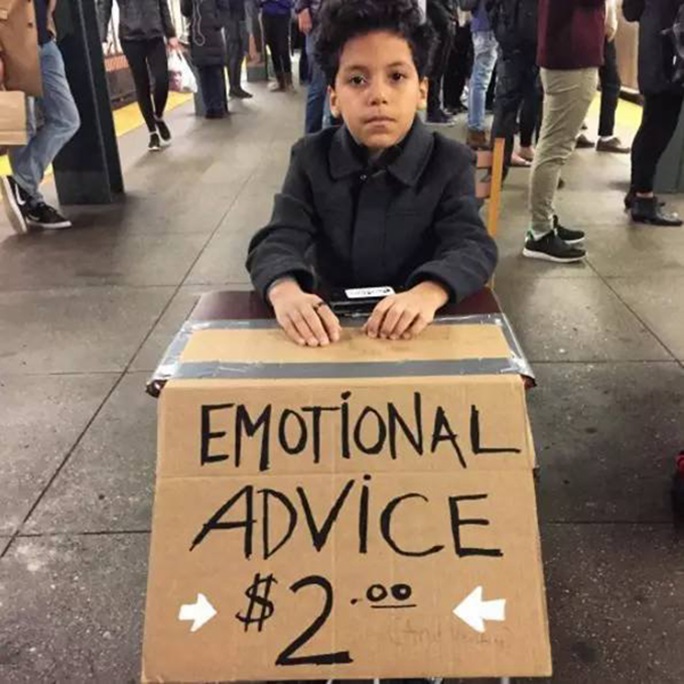 Sitting in a folding chair and a small table, Ortiz became well-known for his 5-minutes emotional consultation service. When others are just too busy catching up with life, many anxious people at the subway station are willing to take a short break to sit down and get his consultation.

Ortiz is listening attentively to one of his customers. 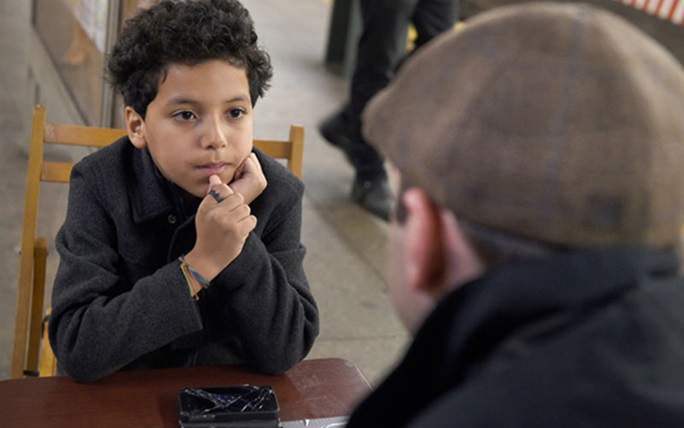 At first, people’s reaction was not quite of what he has today. But after all his simple but smart suggestions, a lot of people actually turns out.

This one time, a man came to Ortiz asking some marital counseling because he’s quite upset that his wife had recently gone vegan. Ortiz’s advice is simple.

This guy is unhappy that his wife decided to be vegetarian. 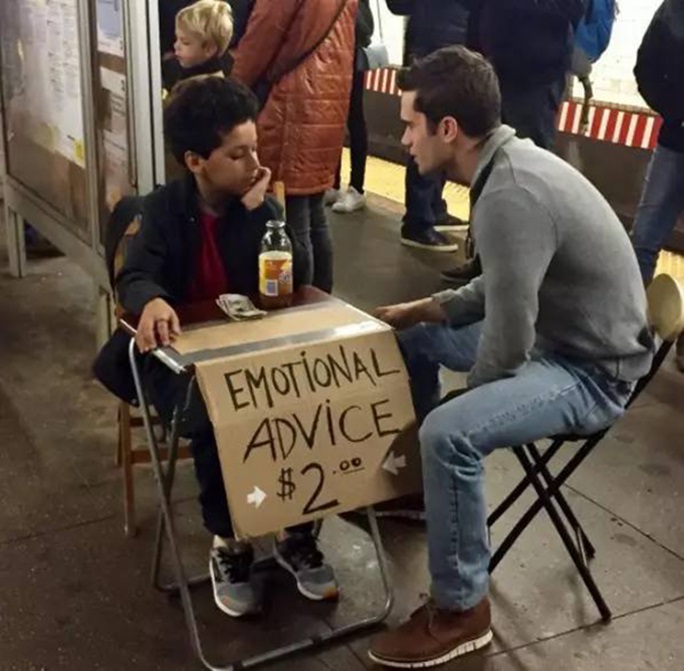 What makes Ortiz started his emotional advice is because he himself needed advice back then. He used to be bullied at school but managed to come out of the unhappy and unconfident self thanks to the help of his mother and school teachers.

Even the policemen need his consultation. 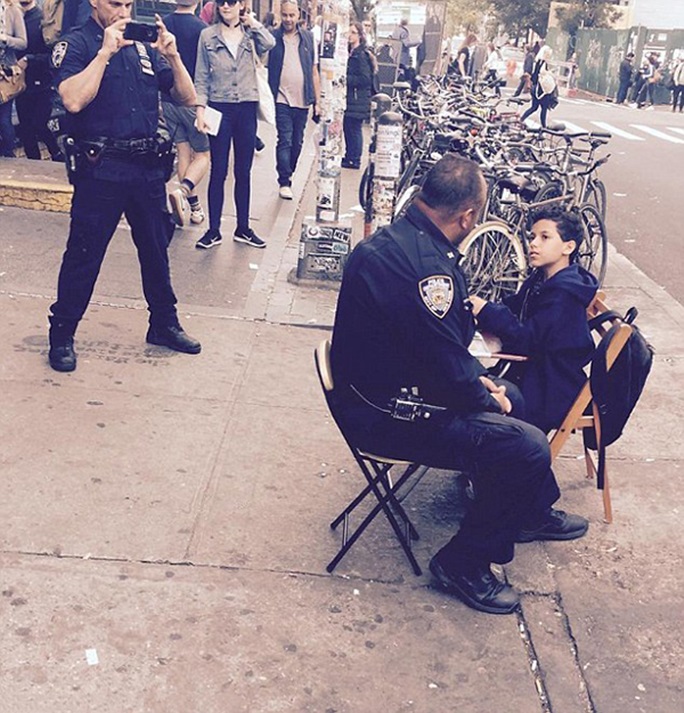 “Ciro is really sensitive and he’s had a hard time. The first day he was out there (on the subway platform, giving counseling), he was very nervous and unsure of himself. A few Sundays later he’s come back saying, “I’ve met so many wonderful people. I’m gonna end up having so many friends”,” told his mother, Jasmine Aequitas.

“He’s always been much more mature than whatever grade he is in,” added his father, Adam Ortiz.

More people are coming to get his advice. 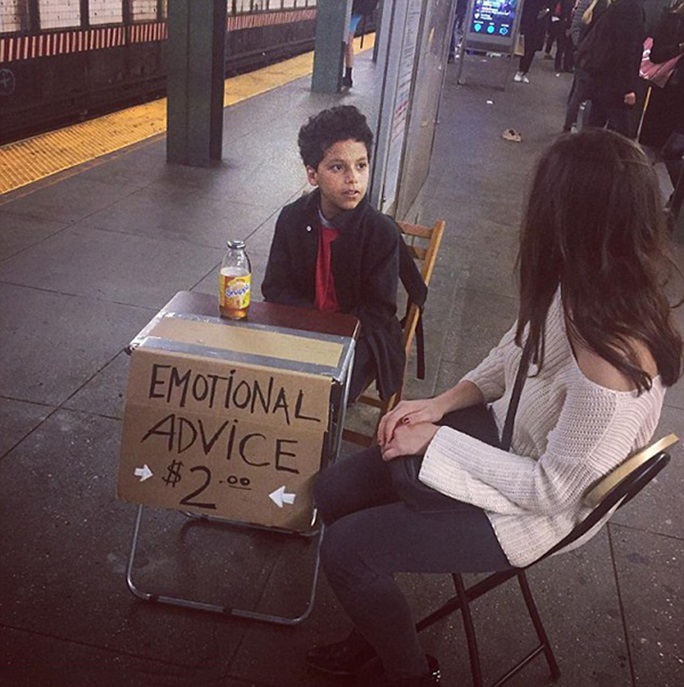 As for Ortiz, he thinks that he got the wisdom from his parents, who have always encouraged him to be kind to everyone and pursue his dreams.

As for the money earned through consulting, Ciro would buy snacks for students who could not afford them. Such a big-hearted little fella!

Watch this video of Ortiz: