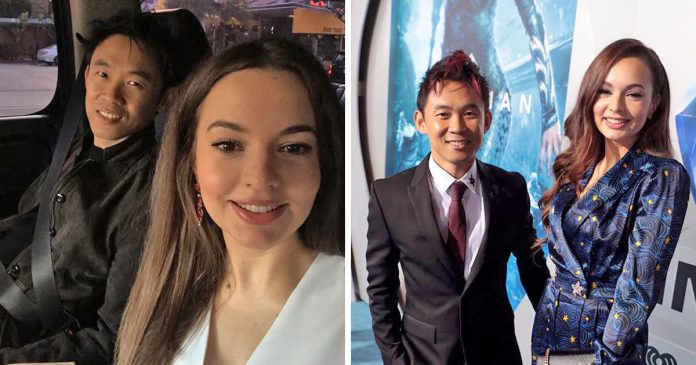 With the success of Aquaman, James Wan, has become Hollywood’s success story and star director again. He is also widely known as the director from Furious 7, The Conjuring, Insidious and the latest one—Aquaman.

The 41-year-old of Malaysian-Chinese descent and grew up in Australia, this filmmaker was first approached to choose between directing two DC movies—The Flash or Aquaman.

“He’s half-Atlantean, half surface-dweller. You have a character here who feels like he doesn’t belong in either world to begin with, and that was something that really stood out to me,” said Wan to Channel NewsAsia.

Wan who comes from a multi-racial background can totally understand what it is like to live in-between diverse cultures and hence decided on superhero Aquaman.

Living with success, however, James Wan does not talk much when it comes to his private life. In fact, this 41-year-old filmmaker is actually in a relationship with a beautiful model and actress called Ingrid Bisu!

Here they are at the premier show of Aquaman.

Bisu is a 31-year-old German-Romanian mixed-race model and actress.

The couple hanging out with Aquaman actor, Jason Momoa.

With beautiful facial features and amazing figure, it is not a surprise that Bisu was discovered as a magazine model at the age of 16.

She is known for her appearance in the dramedy Toni Erdmann (2016) which was nominated at The Cannes Film Festival.

Bisu has recently appeared in the horror film The Nun as Sister Oana.

With 10 years gap with Wan, it doesn’t stop their sweet feelings for each other. Wan was said to be with Bisu for quite a long time, but they rarely mention each other in public.

However, the two lovebirds were often seen attending important events or film screening together.

The couple dressed up for Halloween!

Such a beautiful couple! We wish them happiness and joy!