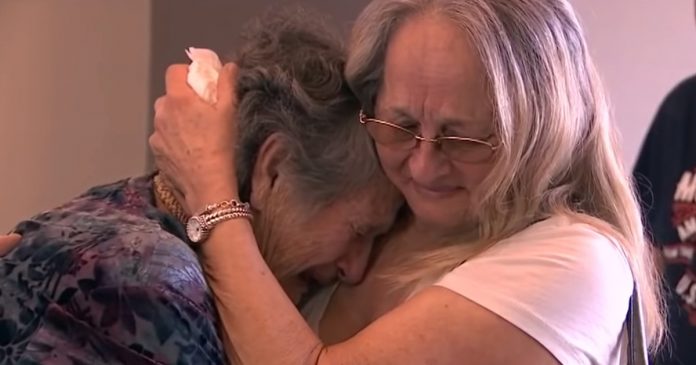 Imagine this mother’s trauma of losing her precious baby, only to find out later that her baby is actually alive and she has spent an entire lifetime without knowing her own child. Well, that was exactly what happened to Genevieve Purinton, from Tampa.

At just 18 years old, Genevieve went through a difficult labor that she had to endure alone, being unmarried. She gave birth to a daughter, but when she asked to see her, the hospital said, “Your baby is dead.”

She spent most of her lifetime alone, never remarrying, until many of her immediate and extended family members have passed away.

The truth is, the hospital lied to her and the baby was given up for adoption to a couple in California—a common practice for unmarried mothers in the olden days.

The baby was named Connie Moultroup and sadly, she endured a life of losses and hardships.

Connie’s adoptive mother had an early death and her adoptive father remarried. Unfortunately, her new stepmother was really hard on her.

Connie eventually has a daughter of her own, named Bonnie. Bonnie said to her mother, “She would fantasize about her mother rescuing her since she was 5-years-old. It’s truly her lifelong dream.”

Bonnie decided to help her mom find her biological mother by gifting her a DNA testing kit called AncestryDNA. The kit is said to be one of the best DNA kits in the world, easy to use and specifically accurate. Through it, she discovered that she has a first cousin whose mom was named Genevieve Purinton.

She gave the person a call and found out that that it was the name of the person’s aunt. She was told to be alive and living in Tampa, Florida, at a retirement center.

After multiple phone calls, they decided to meet and it became clear that Connie is indeed Genevieve’s long-lost daughter. She says, “It has been amazing to finally meet my mother. There was nothing but tears of joy.”

Mother and daughter in tears.

It is such an amazing story of hope and love in this beautiful season and we wish this mother-daughter duo to have the happiest and joyful Christmas.

4yo Japanese Girl with Doe Eyes and Long Hair Hides Herself...