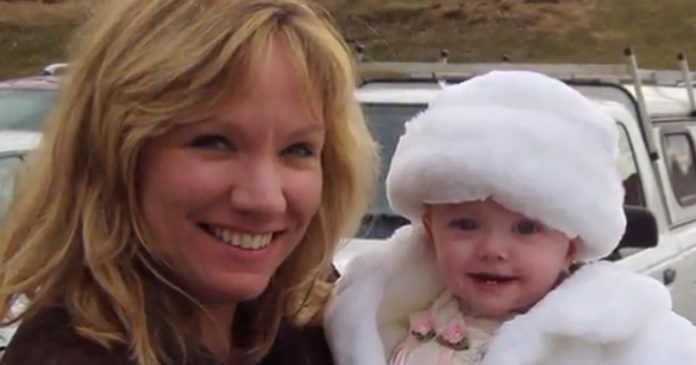 It was very common for a pediatric surgeon Dr. Christine Finck to get a call in the middle of the night, but this one call changed her life forever. The call unites her with a newborn baby suffering from a rare birth defect which later becomes her daughter!

One night, a premature baby girl named Isabelle was born with her intestines outside of her body and this rare birth defect called gastroschisis needed a lot of care and attention. That was when Dr.Finck was called in to help the baby.

Dr.Finck felt an instant connection with this adorable little girl.

“One of the first nights that I happened to be on call, I did get the call in the middle of the night that there was a little baby that was born that had some birth defects. One of the birth defects happened to be that her intestines were outside of her body, and she was pretty sick,” recalled Dr.Finck, Surgeon-in-Chief at Connecticut Children’s Medical Center in Hartford.

Luckily, little Isabelle was a very strong baby girl and had built quite a strong bond with Dr.Finck during her time at the hospital.

For a year, Dr.Finck helped nursed Isabelle back to health performing at least four surgeries on her.

“Despite having all her intestines not where they were supposed to be, she was feisty! Her bright blue eyes seemed to be smiling at me,” said Dr.Finck.

“I had grown very close to her. I was at her bedside a lot, and I think watching her frail but tough spirit made me just feel a special connection with her.”

Dr.Finck was used to spending time with Isabelle and grown closer to the baby.

Later Isabelle was brought home by her birth mother, but she decided to return her child back to the hospital. The young mother didn’t have enough support to take care of her daughter and voiced her concern to Dr.Finck. That was Dr.Finck realized that Isabelle was a miracle from God for her.

“Right then and there I blurted out, I can take her,” Dr.Finck said.

Dr.Finck immediately called her husband to ask if he is willing to adopt and they moved to the adoption legal formalities very quickly as her husband was indeed very excited about it too.

The couple decided to adopt Isabelle.

Isabelle regained her health and growing up very beautifully.

It’s hard to remember she’s once born with a rare birth defect.

Isabelle was growing up fast and just turned 10!

Dr.Finck has made a wonderful decision and Isabelle is very blessed to meet such a loving mother!