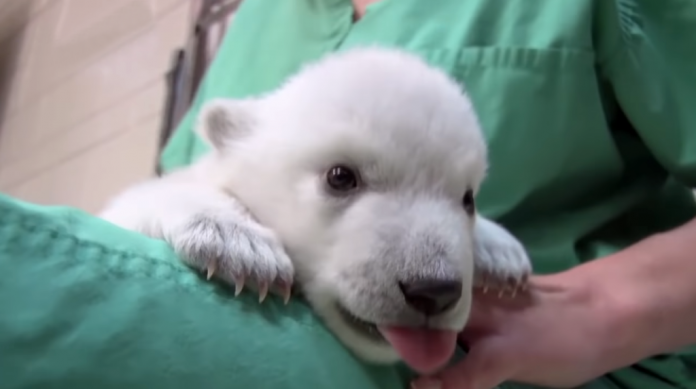 Nora the polar bear was born at the Columbia Zoo in Ohio and her birth was very difficult. Her mother struggled during the delivery and when Nora was just six days old, her mother walked out of their den and never came back. At that point, Nora had no mother and no other companion.

She fed Nora from a bottle with milk that was specially created to mimic a polar bear’s milk. 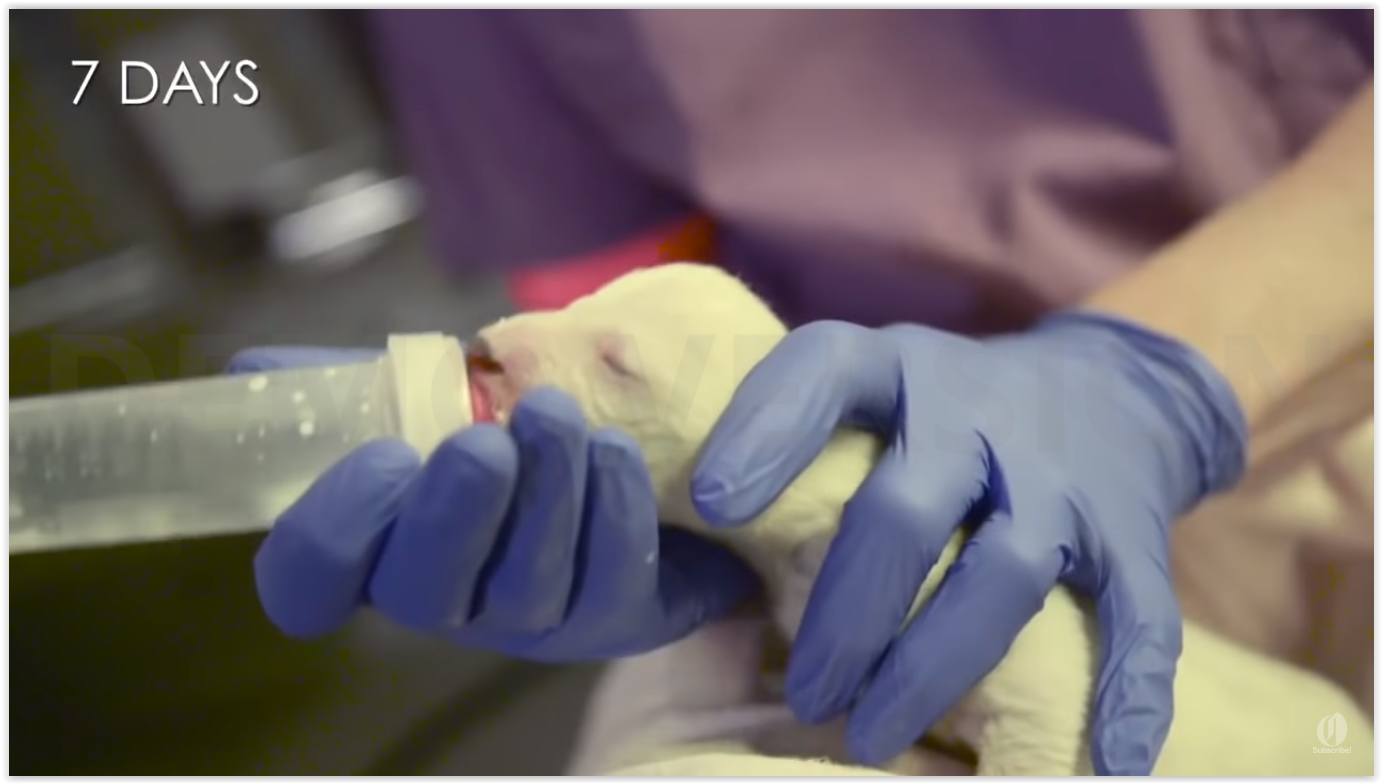 However, there was a hint of loneliness in Nora’s eyes. Perhaps she understood that her caregiver is not her real mother and that she might never be among her own kind again.

The zoo gifted a present to Nora to make her feel less lonely. It was a white teddy bear! Nora loved the gift, but watching her cling to an image of a polar bear just screams loneliness.

Nora with her favorite toy. 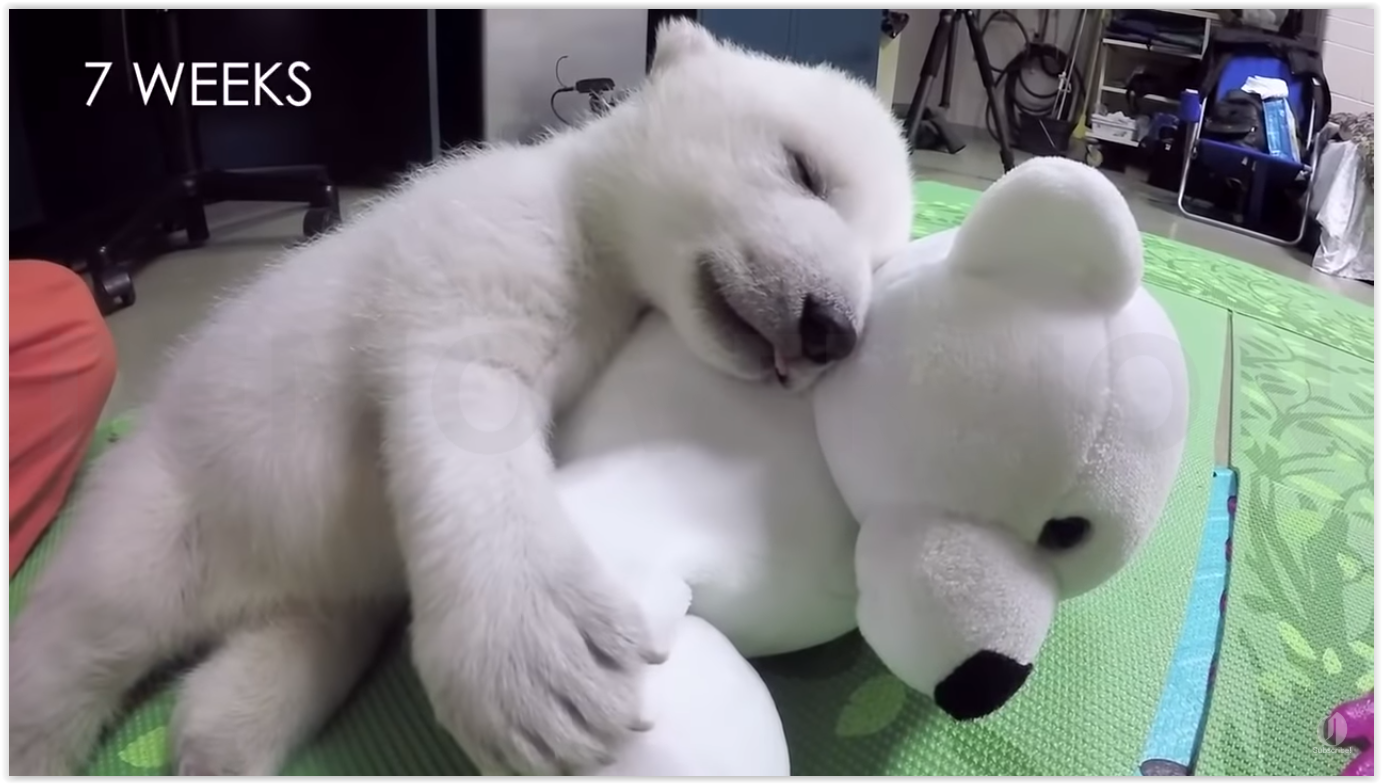 As time passed, Nora grew to be healthier and bigger under the care of her human mother. She is growing and becoming more active! 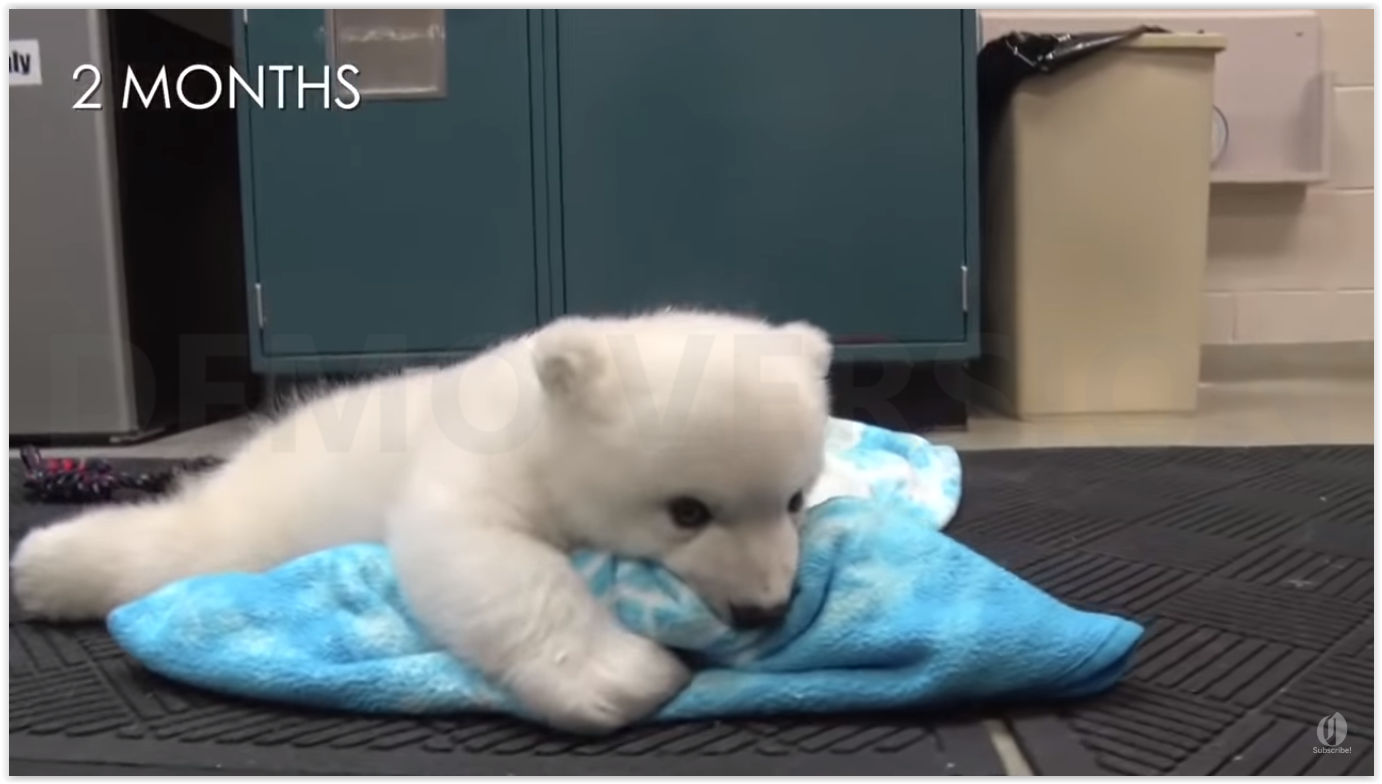 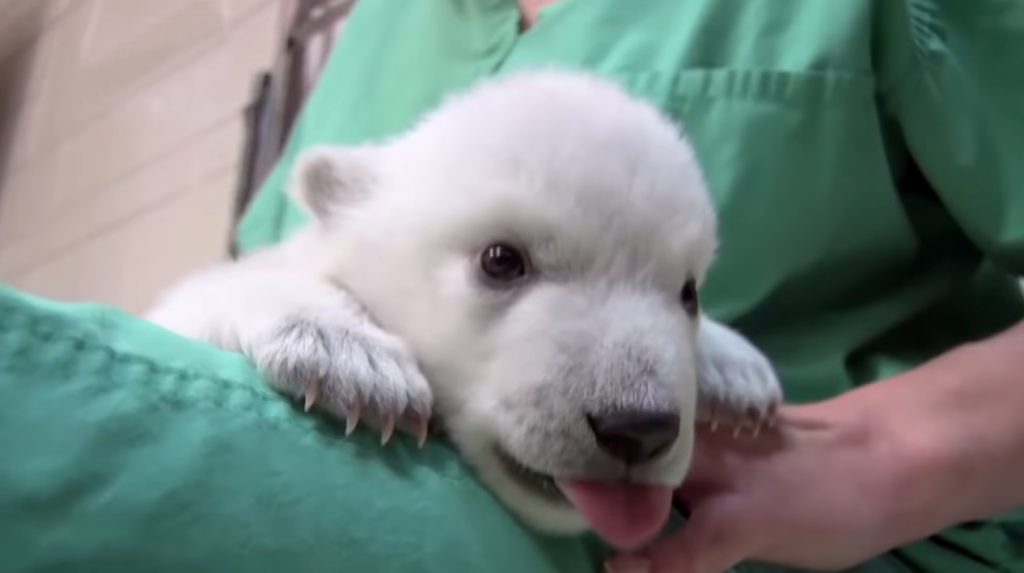 Nora playing and getting used to ice. 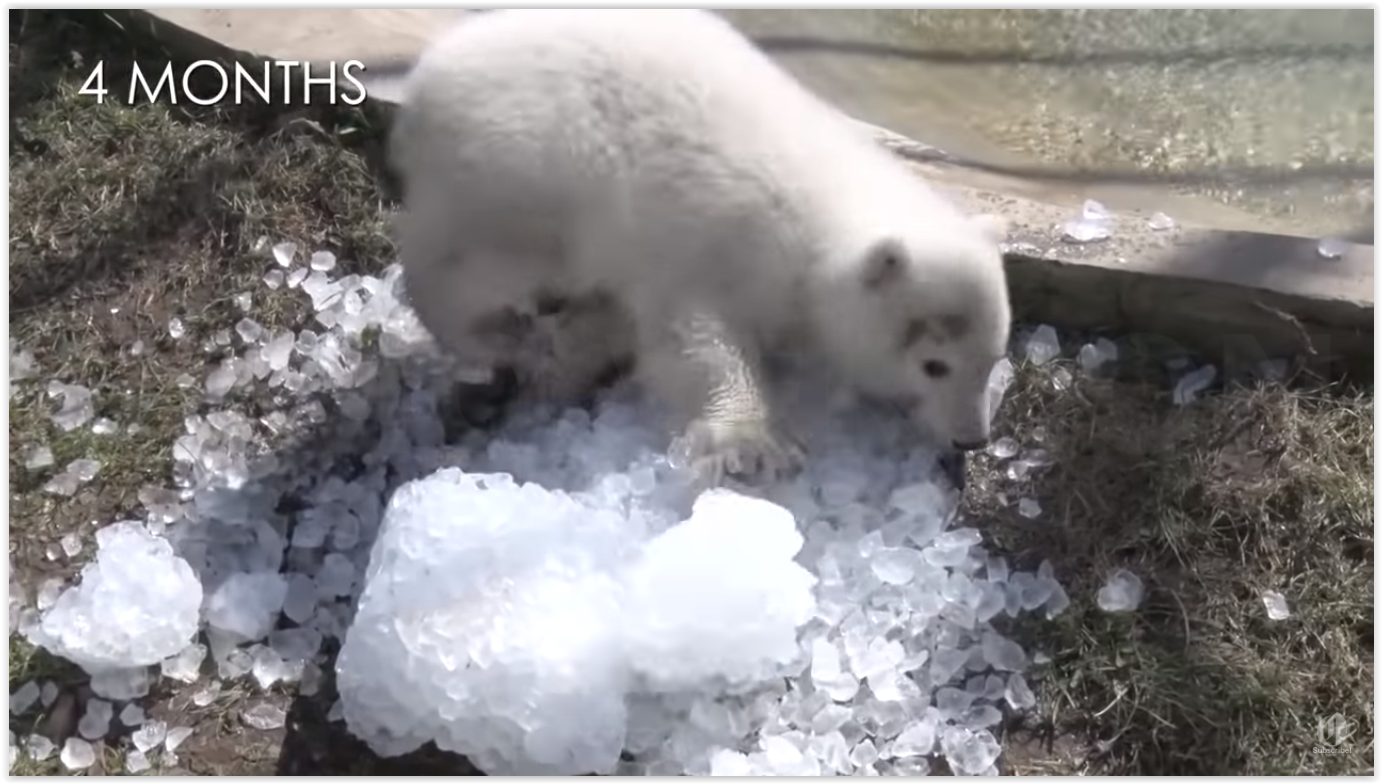 The zoo also began to train Nora to get used to her natural surroundings. They would give her blocks of cold ice and take her to swim. Then, they would change the surrounding to mimic her natural habitat as much as possible to stimulate her instincts before they can release her into a proper habitat within the zoo.

Time for a swim! 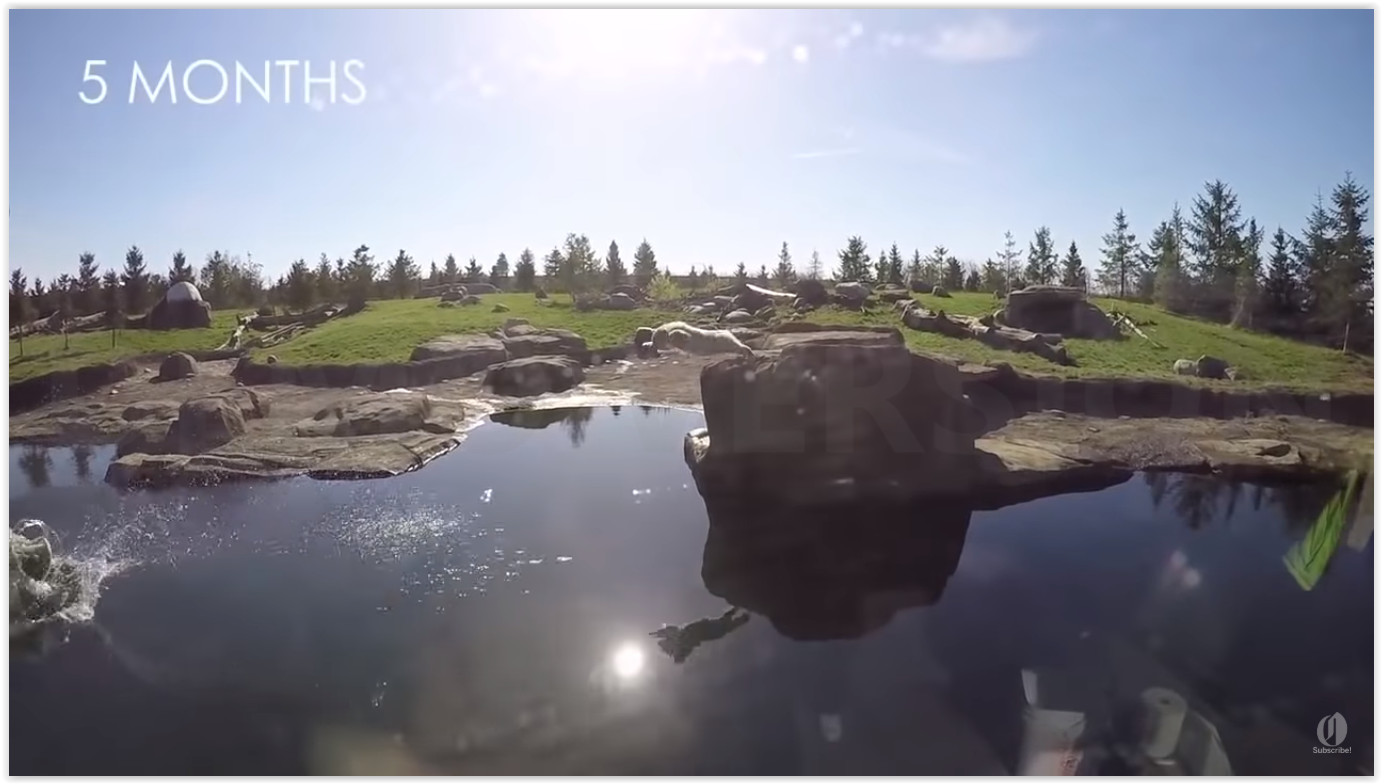 At this point, Nora has become famous. Visitors would flock to the zoo just to say hi to her at her glass enclosure. Nora did notice that she had a lot of people coming over to see her, so she was happy to show off her swimming skills. That drew a lot of cheers from the crowd! 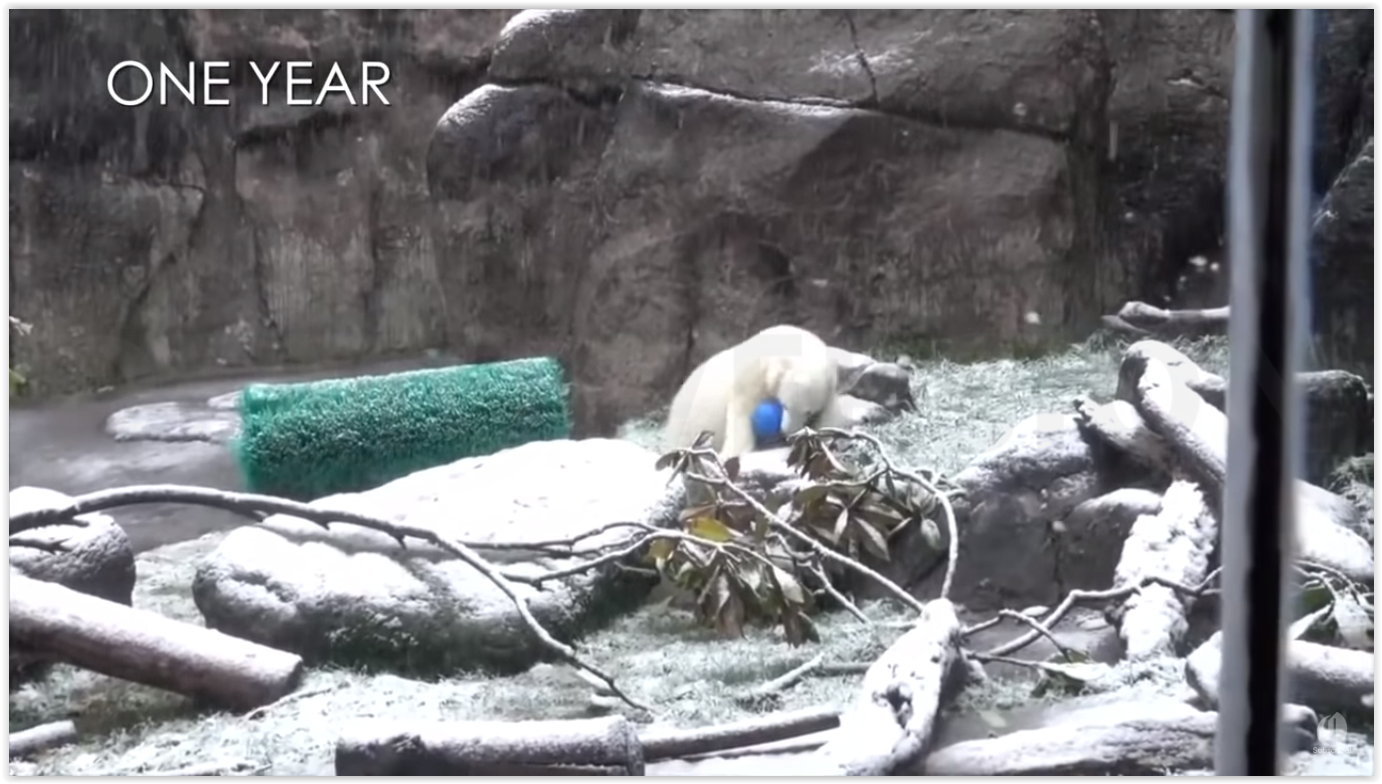 Nora is now three years old and housed in Utah’s Hogle Zoo where she is joined by a new friend, Hope. The zookeepers are hoping to help her transition into her new environment with the help of Hope as a mentor.

Nora at Oregon Zoo, her last show before transferring to Utah’s Hogle Zoo and meeting Hope. 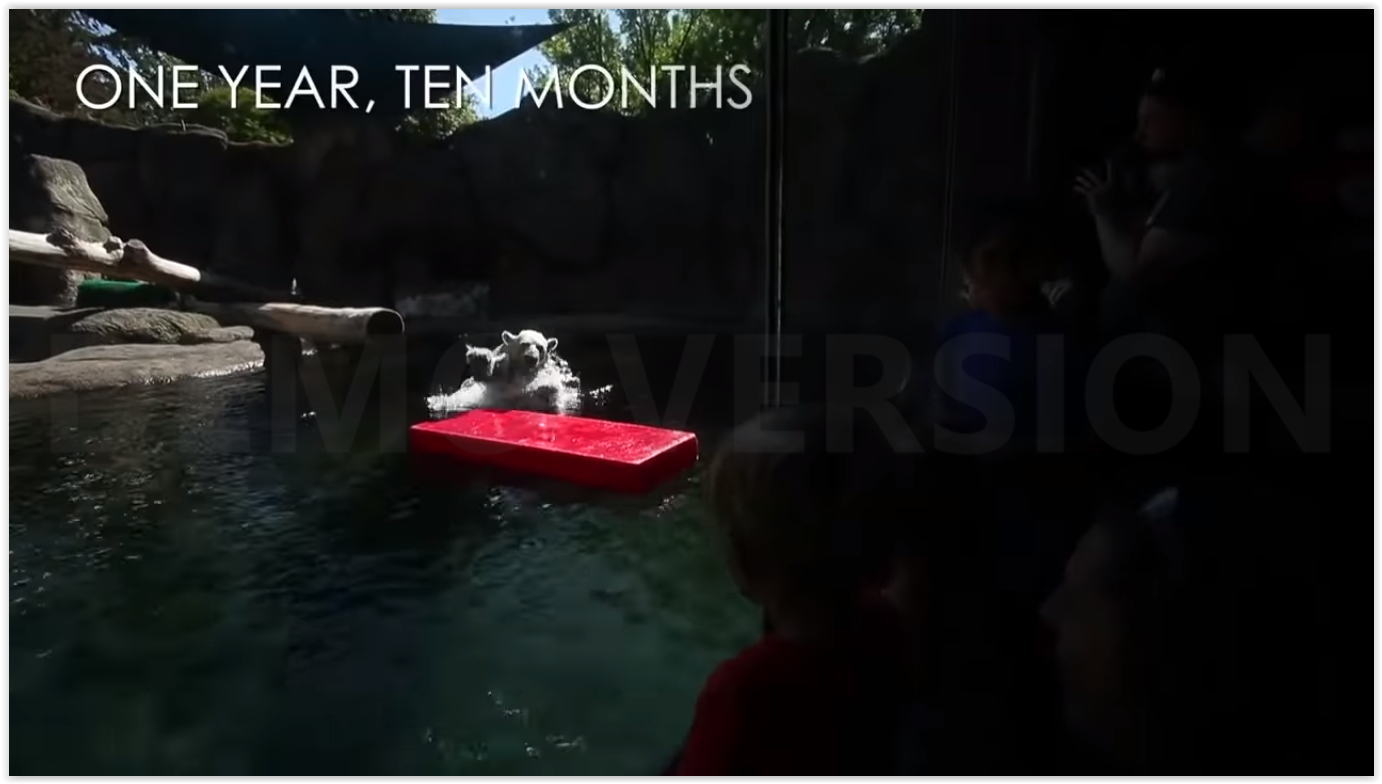 Regardless of species, we all need companions. With a larger facility and a new friend, let’s hope Nora the polar bear makes a quick and full recovery.