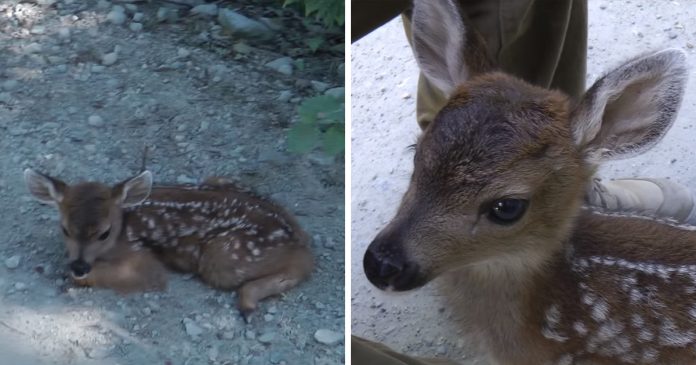 In a video posted on YouTube which had since gotten viral and received almost 6 million views, a logger was working in the woods when he caught sight of two adorable baby deer sitting on the side of the road.

He pulled over to check on them and saw that both deer were sitting about 20 feet apart from each other. He figured that their mother was just nearby looking for food and the babies were waiting for her to return. 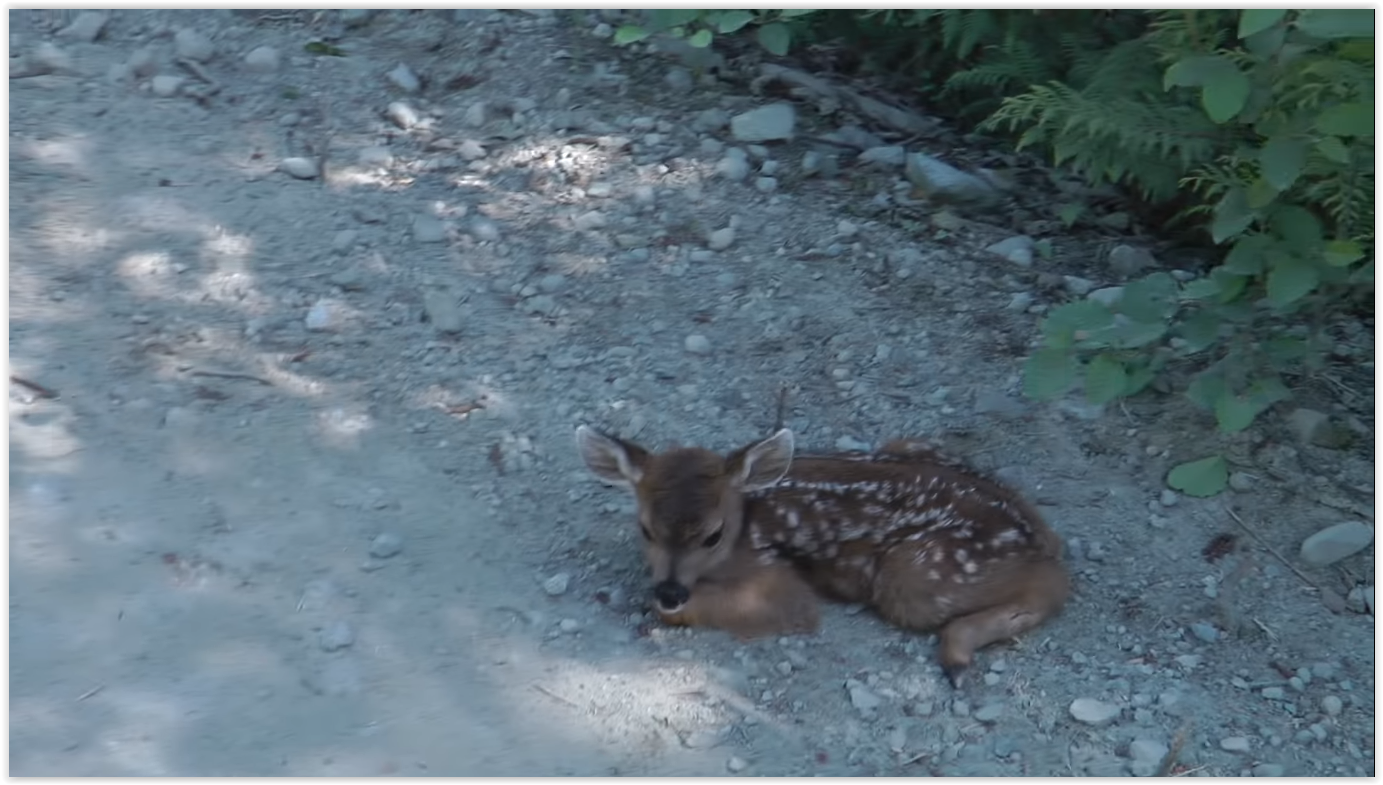 These babies clearly aren’t old enough yet to be wary and conscious of potential predators in the forest, looking at how easily they warmed up to the newly arrived logger. They barely moved when he approached.

The baby deer is very unwary of humans. 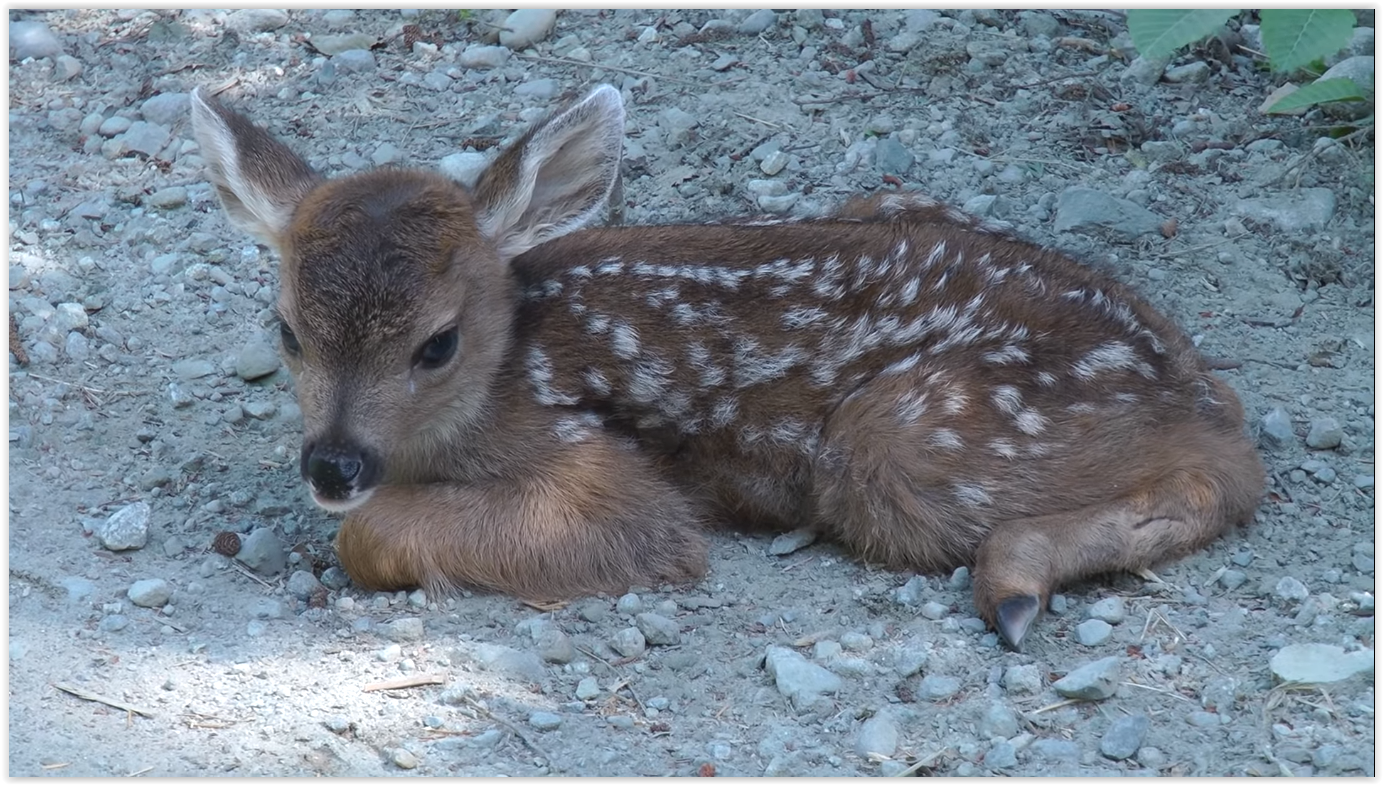 The smallest deer of the two appeared extremely naïve and trusting that he actually walked right up to the logger and nuzzled up to him! Judging by how the deer was acting, he seems to think that the logger is his mother.

He thinks it’s his mom! 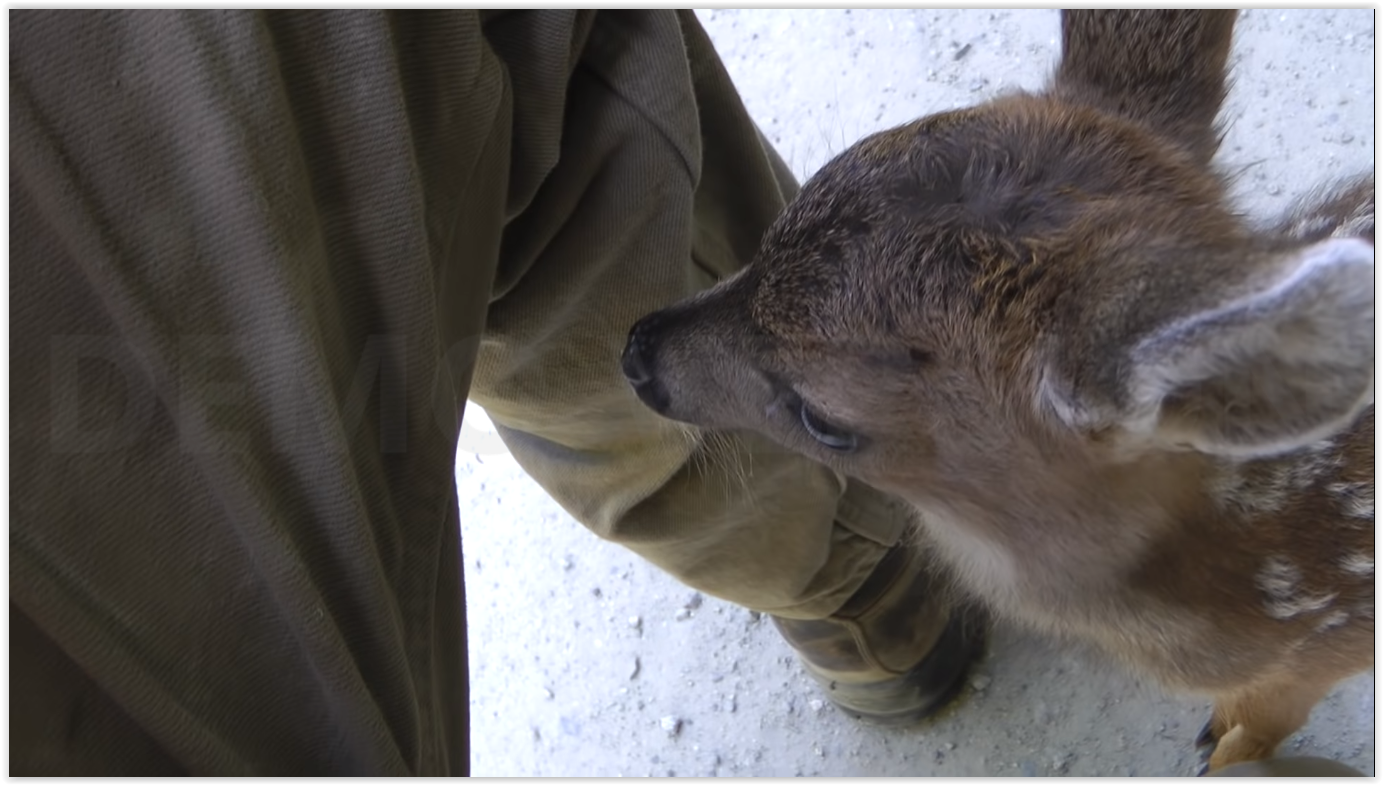 The logger says, “I’m not who you think I am,” trying to clarify that he’s not his mother to the poor baby deer.

The logger then turns to leave in case their mom comes back. 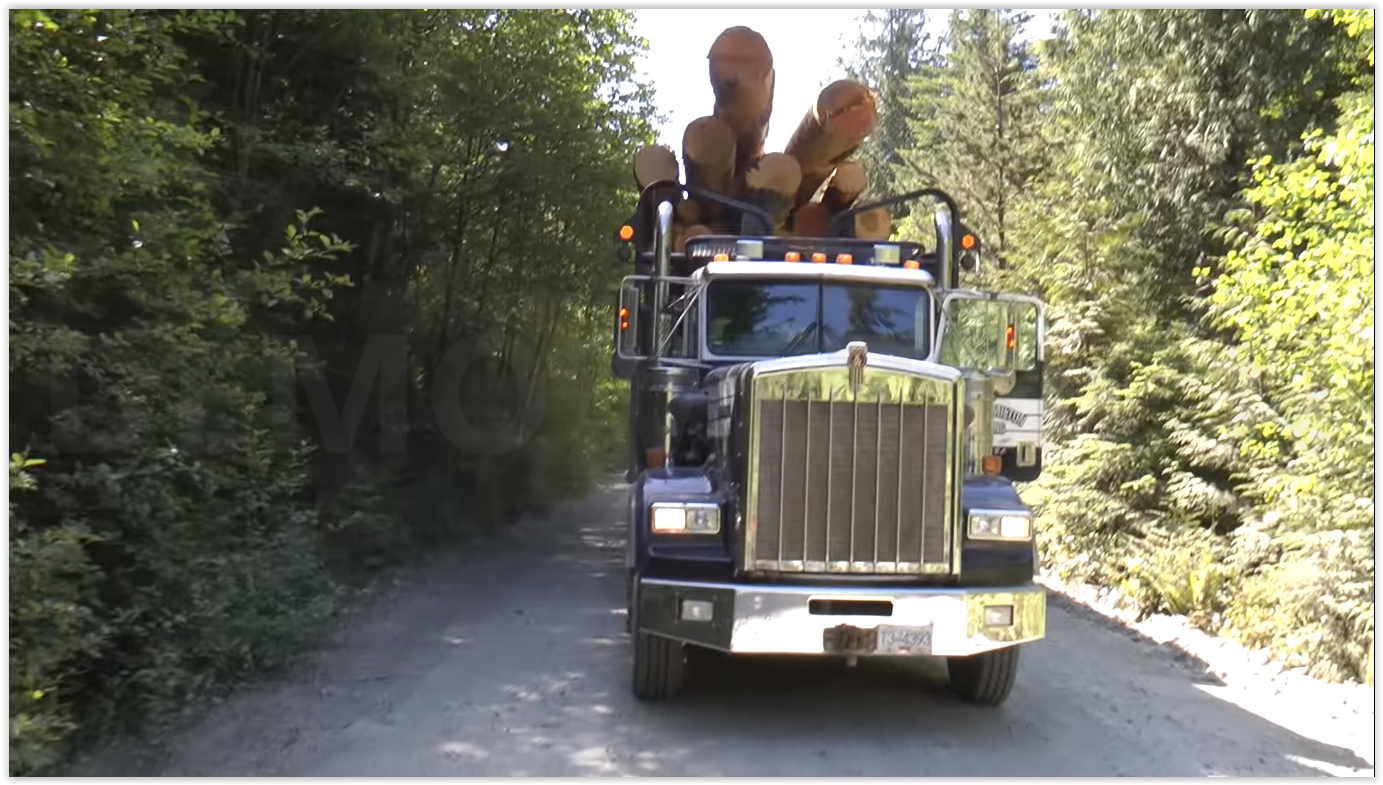 The logger smartly led the baby deer into the foliage, where he figured it would be safer for them. Their mom should be back at any moment and he shouldn’t be near when she does!