Truck drivers are the best drivers and their jobs are tough!  These are people who are highly skilled in driving a heavyweight vehicle and are used to spending long hours on the road.

In this footage taken from a vehicle camera of a driver in South Korea, a thrilling scene involving a white truck took place in just a few seconds. Blink, and you will surely miss it!

The video shows the white truck driving at a normal speed on the correct lane. 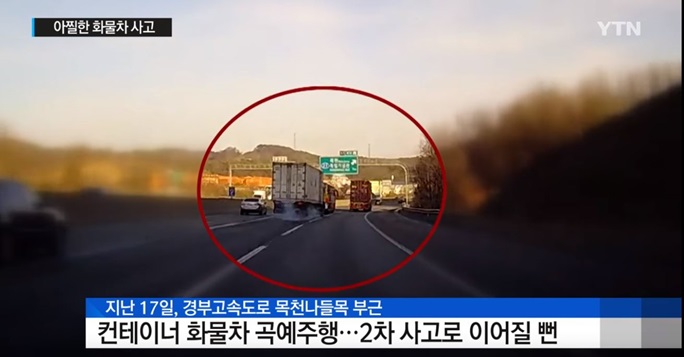 In the blink of an eye, the rear wheel of the truck had run into a problem. Without warning, the truck began releasing large amounts of smoke!

The driver couldn’t possibly make an emergency brake as it would endanger other drivers speeding on the highway.

It seems to have lost control for a moment and the truck suddenly tilted towards the right lane. 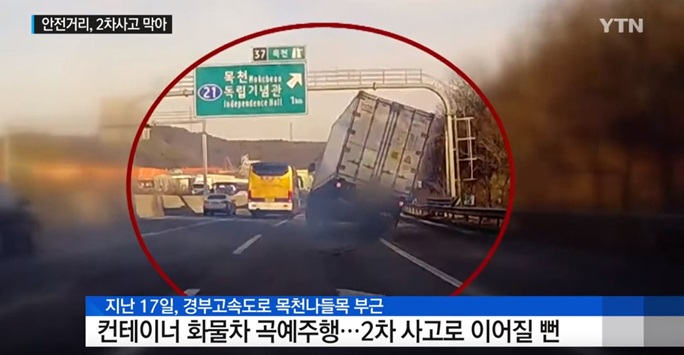 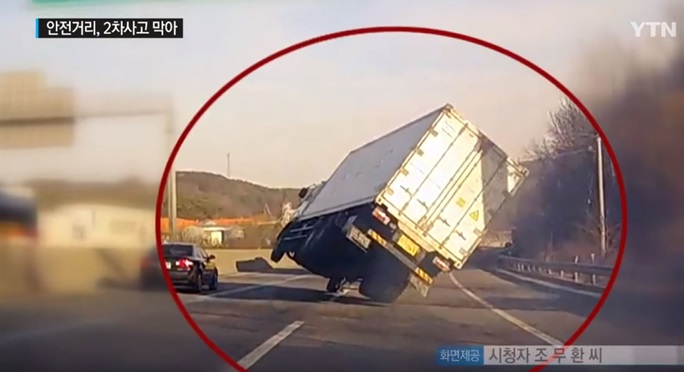 The truck was only held up on its right side. 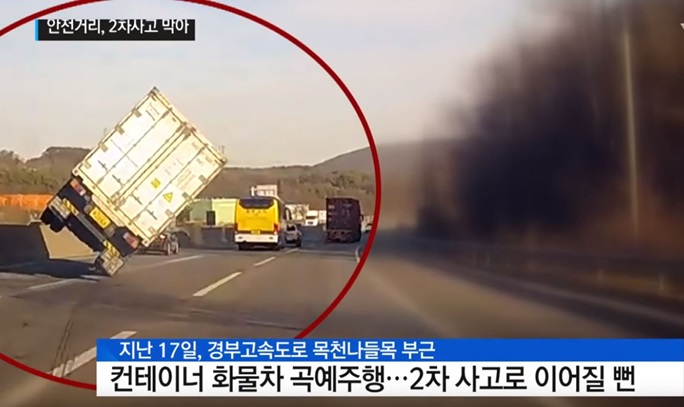 A black car that was right in front of the truck immediately sped away, seeing the dangerous situation.

As soon as the truck enters the left lane and hits the divider, it became balanced again. 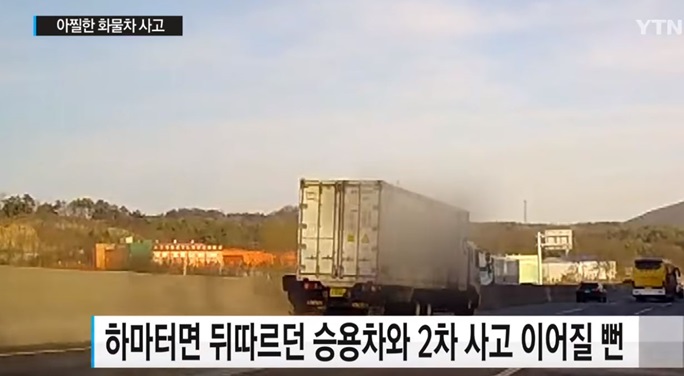 The driver took control and slowed down the truck. Even the smoke disappeared.

It was a miracle that no one was injured. Thanks to the driver, the truck’s sudden malfunction didn’t hurt anyone when it could have.