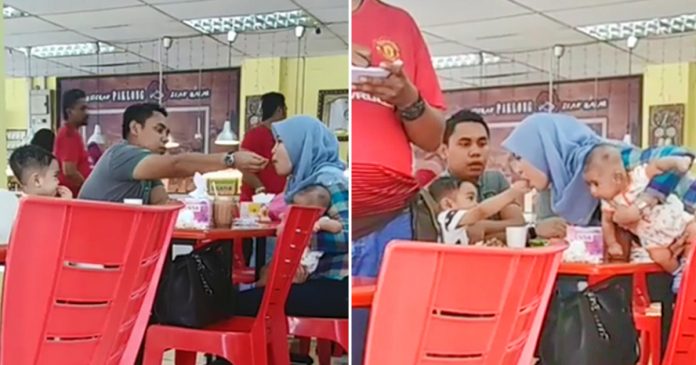 Children are a blank canvas. They will imitate everything they see in their surroundings, the good and bad.

This sweet scene captured on camera at a local Malaysian restaurant went viral because of a simple gesture.

In a video taken and posted by Instagram user Sharimi Shaharudin, a man lovingly fed his wife who was busy carrying their baby. 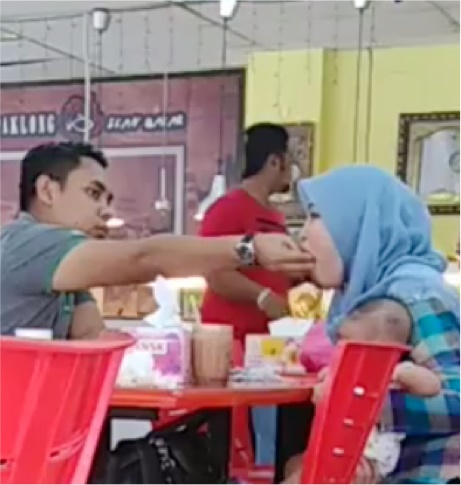 The gesture was simple enough, but what happened next was what made it extremely sweet. 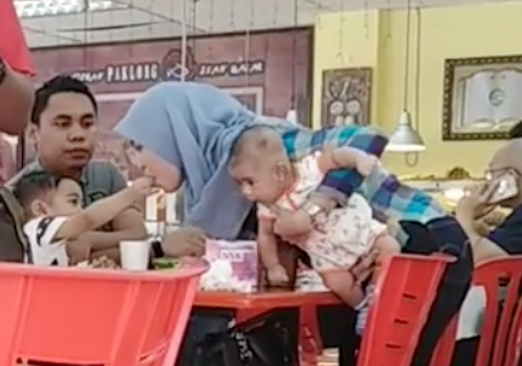 Their eldest son, who was only a few years old, imitated his father’s action and wanted to feed his mother too! Although they were seated quite a distance from each other, the mother willingly stood up with her baby in her arms and accepted her son’s extended hand.

Sharimi said, “This isn’t an unusual gesture in a Malay or Indian family. But when the husband cared more about feeding his wife than himself, it shows that he is not a selfish man. The most touching moment happened when their young son also imitated his father’s loving action. It shows that the son has a good upbringing.”

Based on his observation, the little family didn’t care about their surroundings and only focused on each other. He stressed that nurturing a child shouldn’t wholly be a mother’s responsibility. It is also the father’s.

Based on their soft spoken, kindly actions, this couple is grounded on respect, love and cooperation. They are definitely on their path to instill it within their children.