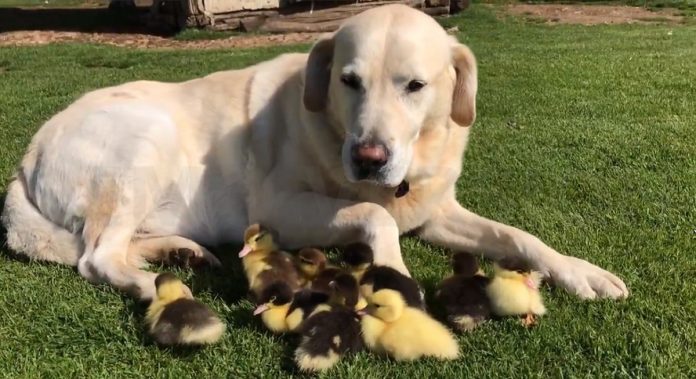 Fred the Labrador has just won the internet’s heart when he took responsibility to become a single dad to 9 ducklings who just lost their mother.

Fred is a resident at Mountfitchet Castle in Essex, England and has grown up with chickens, goats, ducks and peacocks. When the castle staff found a duckling litter in the castle grounds without their mother duck, he suspects it had been eaten by a wolf.

Upon meeting the ducklings for the first time, Fred was smitten. He immediately stepped up to become their daddy. Being a 10-year-old dog, Fred is considered to be an elderly dog.

But he’s very proud of his new kids and he’s very good in being a dad. 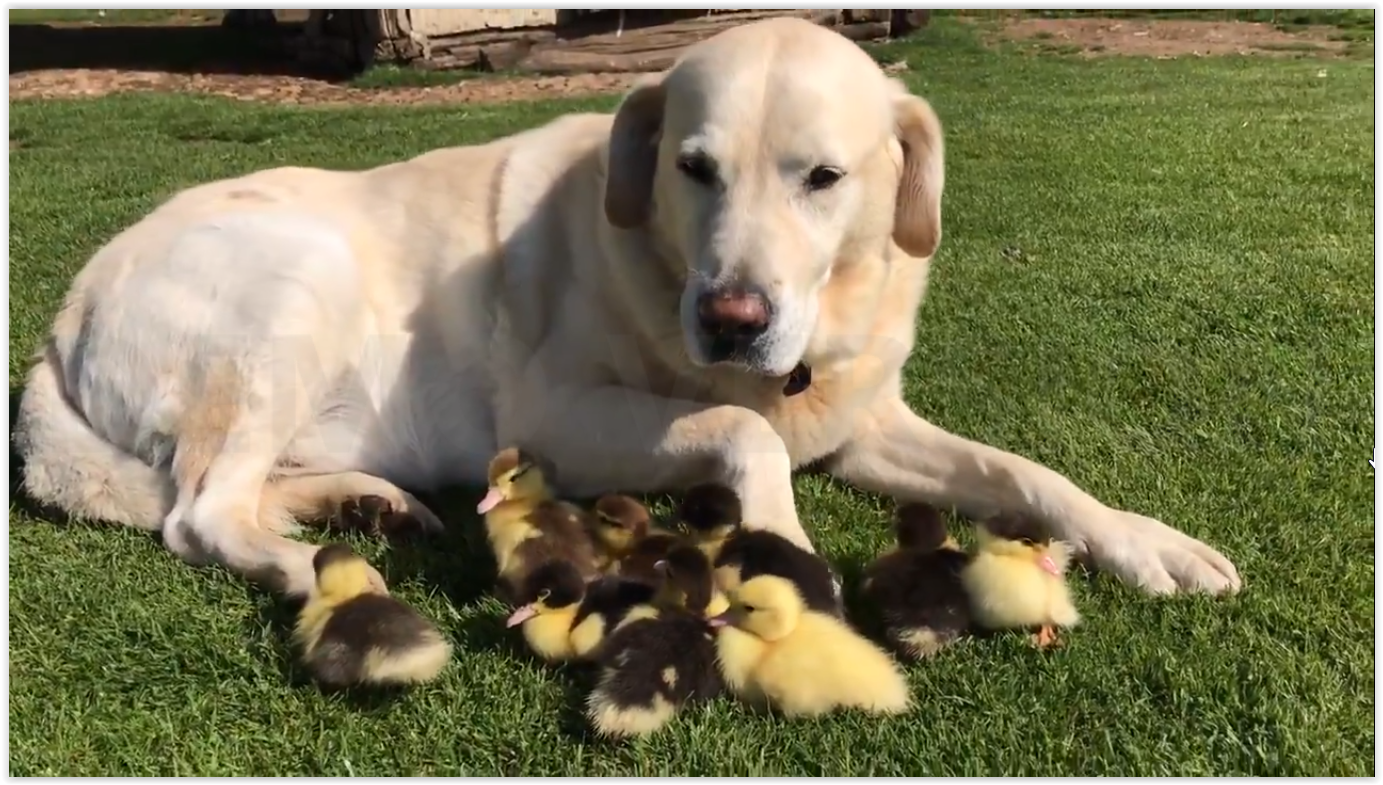 The ducklings would eat and sleep with Fred. They would sit in his arms and climb his head.

They love being taken on a ride behind daddy’s back because the view is much better! 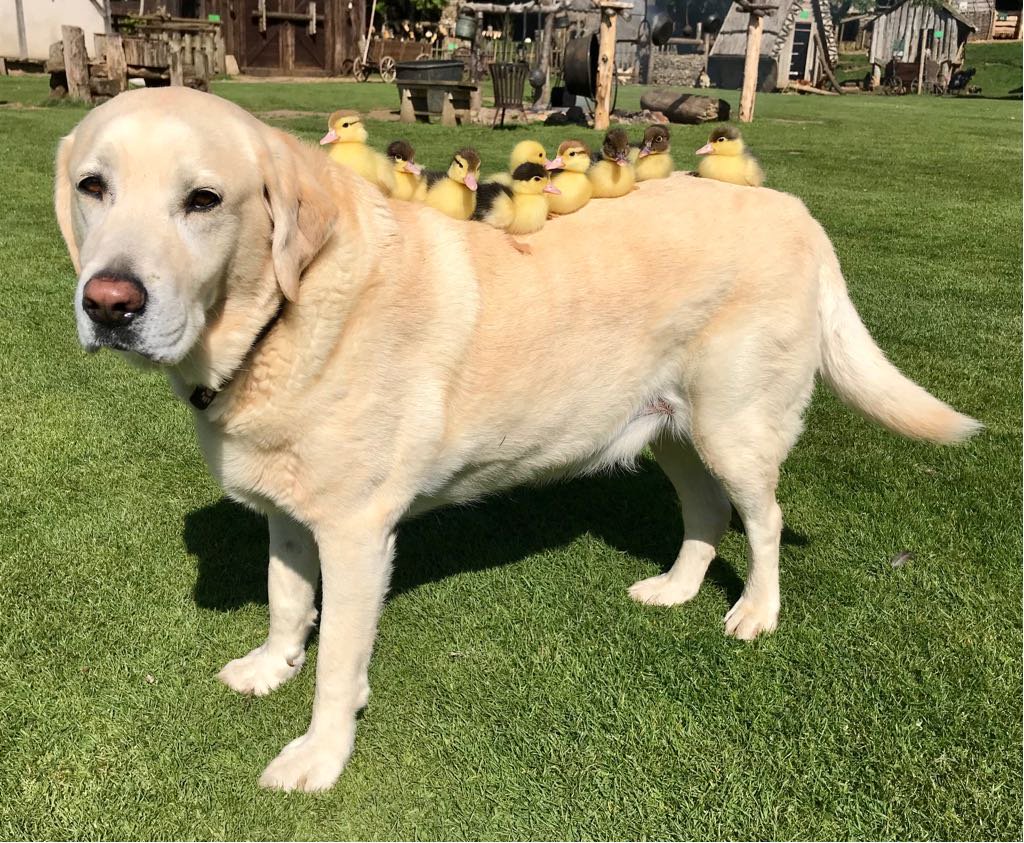 Tourists have flocked to the castle to visit the proud dad since Fred’s family photo was shared online. We can’t blame them, Fred is definitely dad of the year!

this is a very good boy pic.twitter.com/SMMQH2AAXO