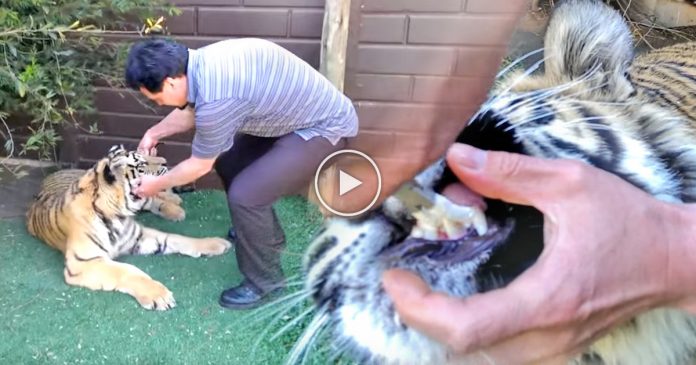 How often do you hear of animals getting toothaches and need to have the bad tooth pulled out? The odds are never or rarely. It’s simply because animals naturally have a cleaning system built in for the teeth so that they remain strong and sharp.

But not for this poor tiger named Enzo. In this video footage of Enzo and his owner Michael taken at their residence in South Africa, the tiger seems to be staying still from the pain.

Tigers are usually active. Any sign of inactivity coupled with not eating is a sign of illness.

Michael is aware of this and wants to help Enzo pull out the bad tooth. 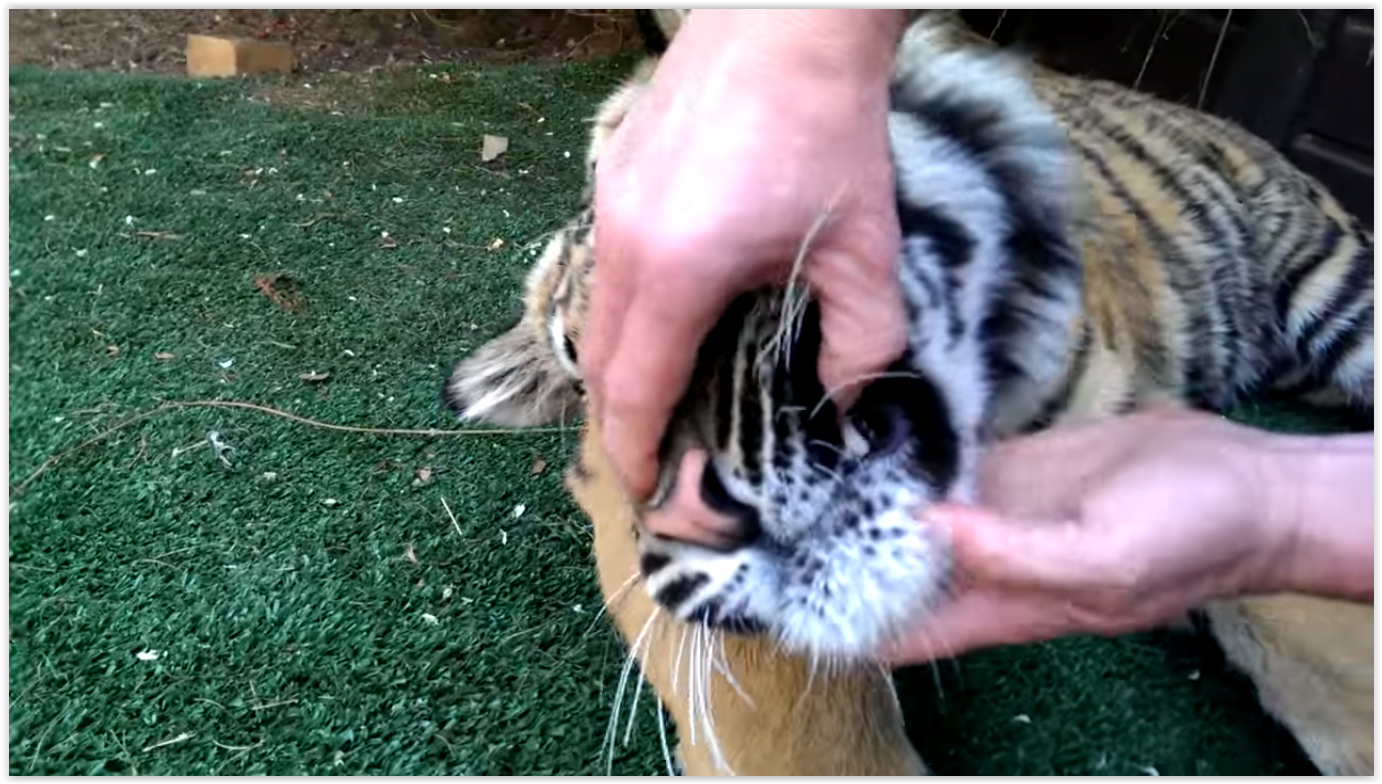 He coaxes Enzo while pulling down his jaw to identify the bad tooth. 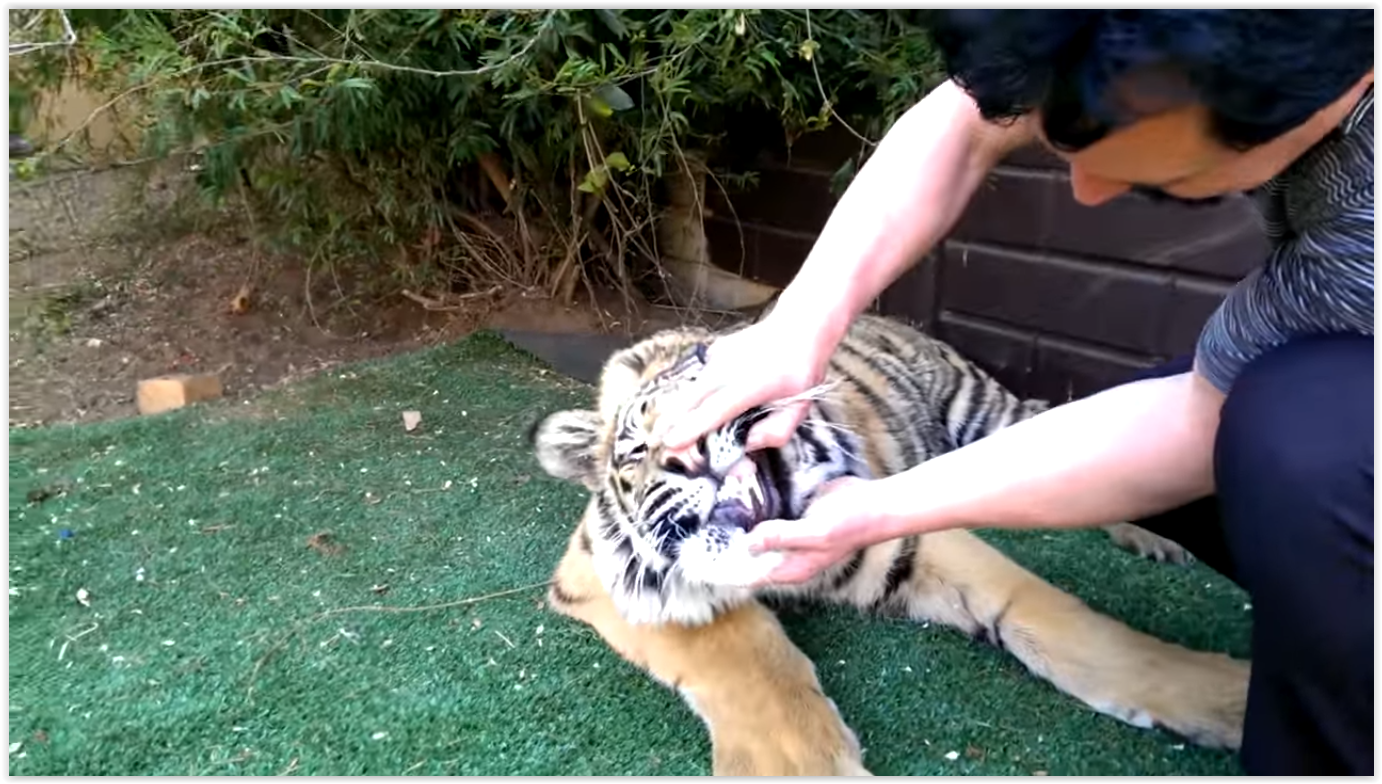 Thankfully, it’s at the outer corners so it’s easier to remove. 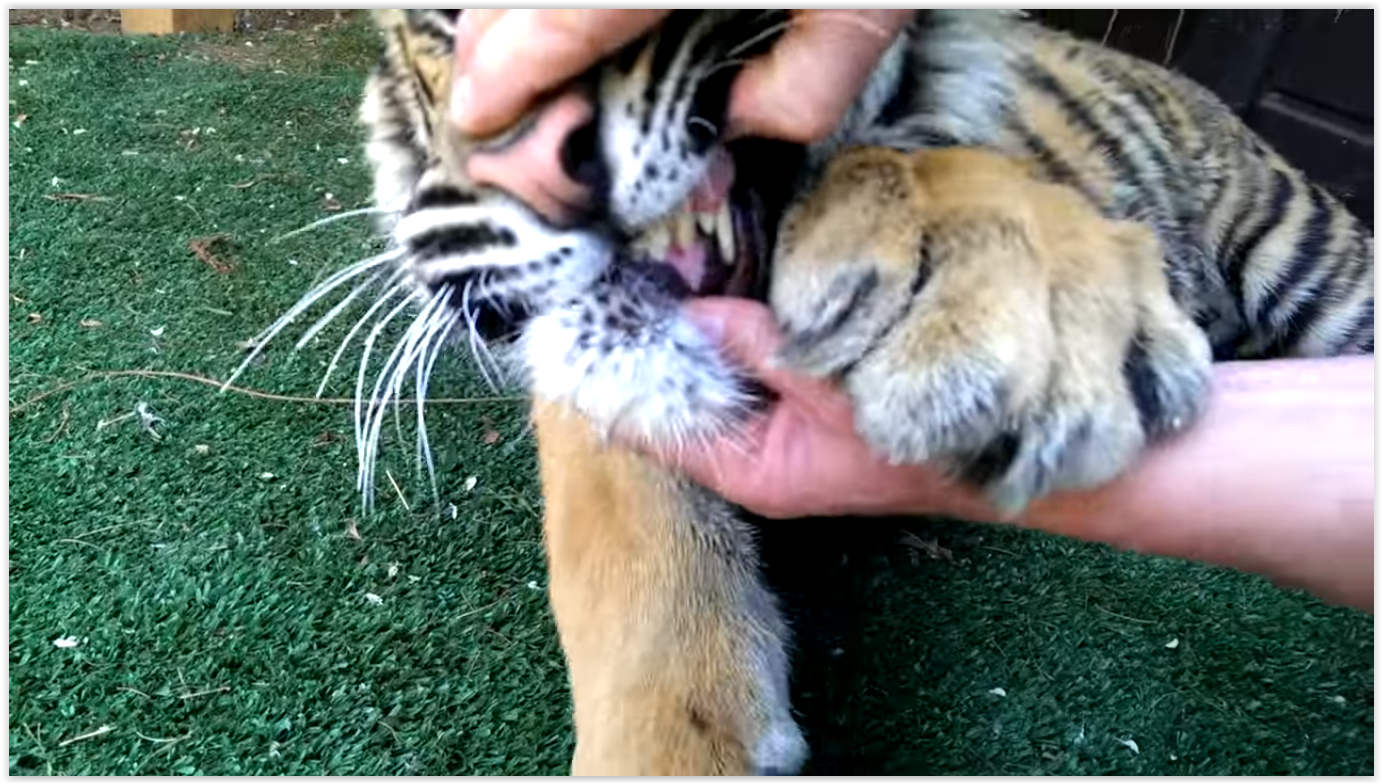 Prior to this, Michael had wrapped a plier’s edges with masking tape to strengthen the grip and avoid any slips, which could make the situation worse.

He brought the plier close to the tiger’s face and stroked his head to calm him.

When the tiger let his guard down, Michael took the chance to lightly pull down Enzo’s jaw, get a good grip on the tooth using the pliers, and gave a hard pull! 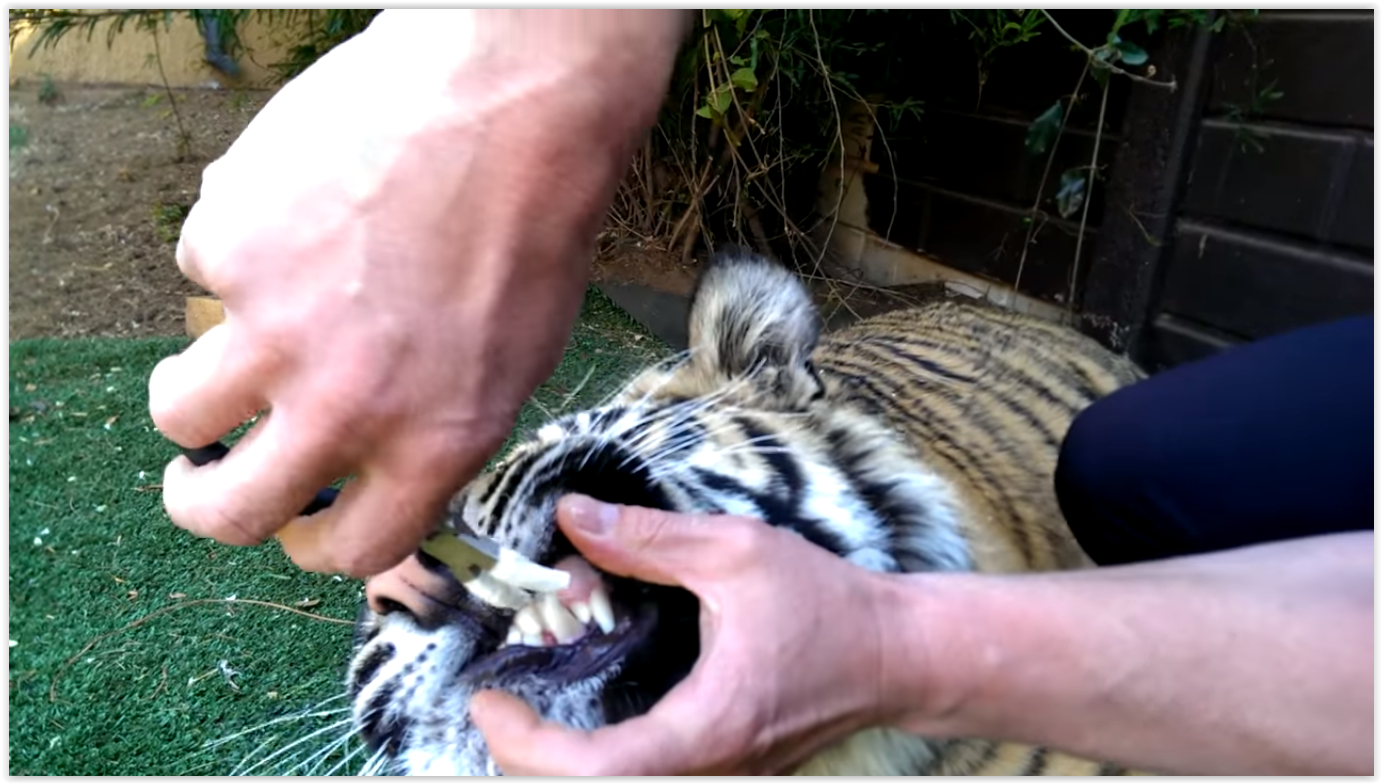 The tiger gave a sharp cry of pain. 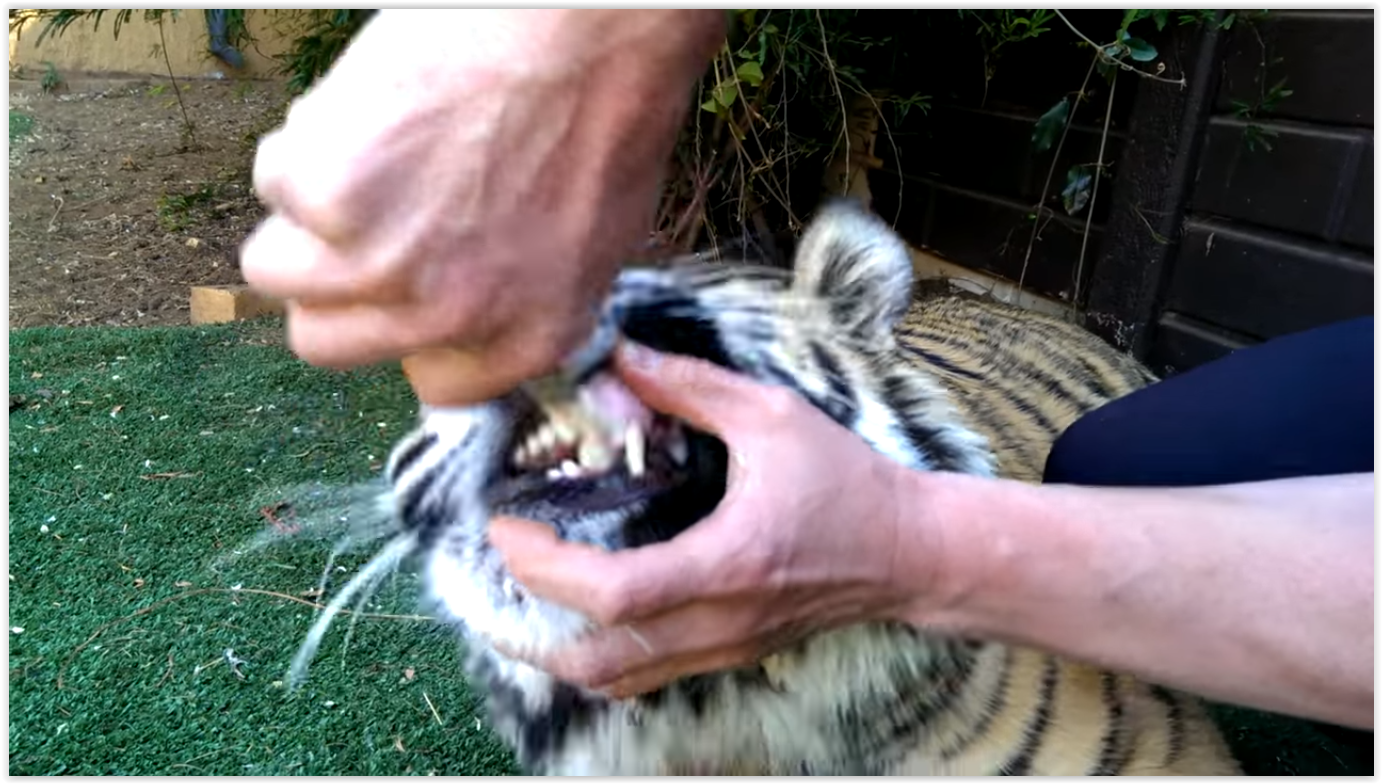 He immediately looked relieved and tested his bite multiple times on his owner’s arm. 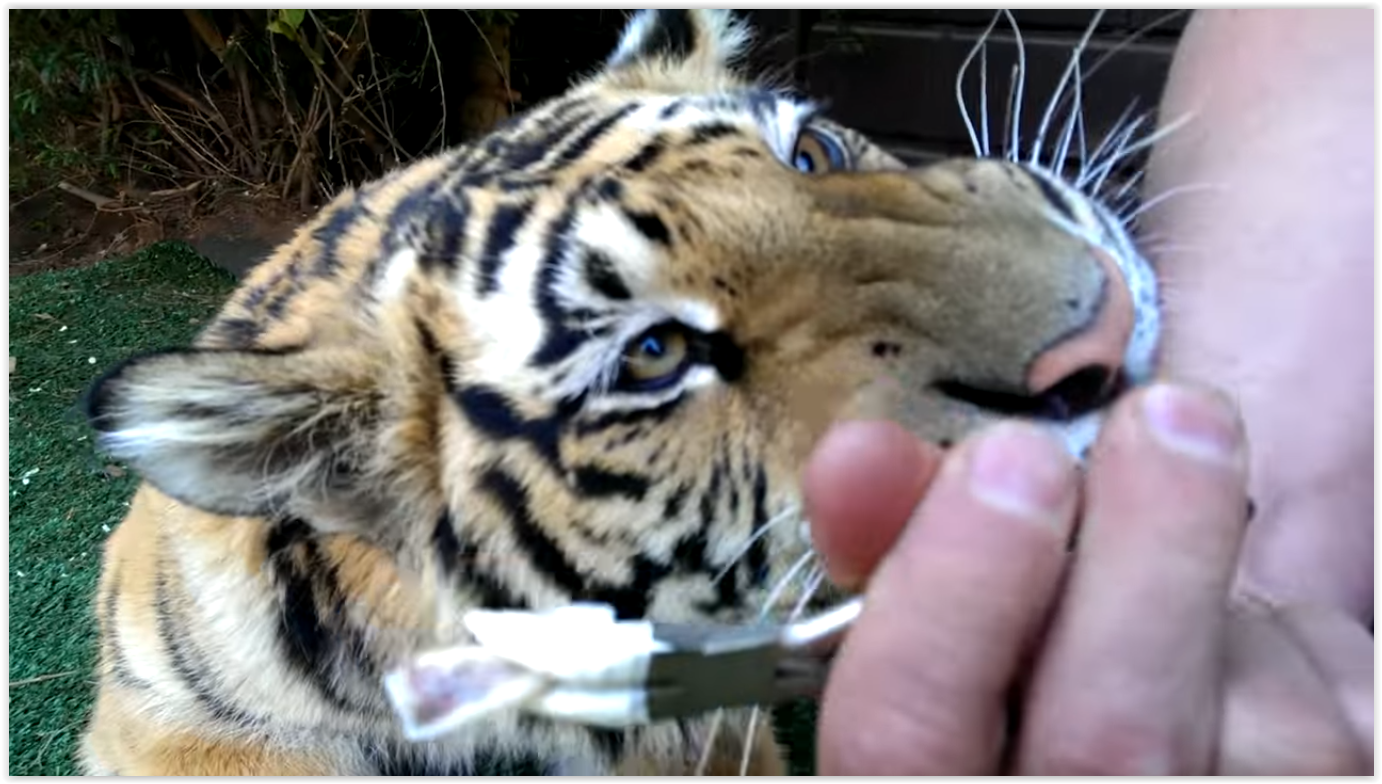 Michael lovingly strokes the tiger’s head and even showed the bad tooth to Enzo.

Michael is an amazing owner and has a good relationship with his pet. Enzo is 8 years old now and his teeth are bigger and sharper than ever!

This vet clinic is hiring someone to fill in their new...