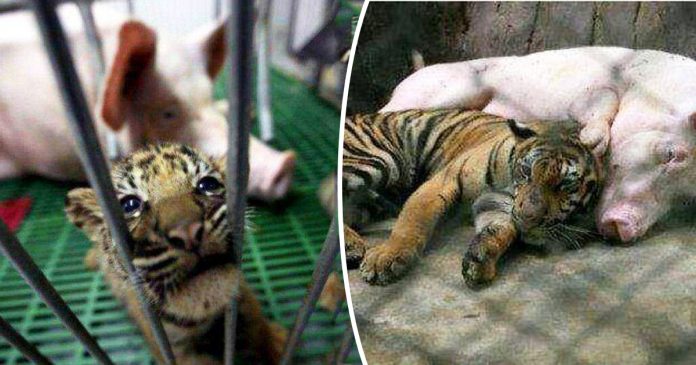 Have you ever heard of animals caring for another species of animals as if its their own? Well, this is much like it—only it’s with a predator and a common prey.

In a Thai zoo, a newly born tiger cub is in danger of starving to death because it doesn’t have milk. The poor cub’s mother died not long after giving birth to him. Other female tigers in the zoo don’t have any milk.

In a desperate attempt, the zoo staff placed the tiger cub with a mother pig who had just given birth to a litter of piglets. 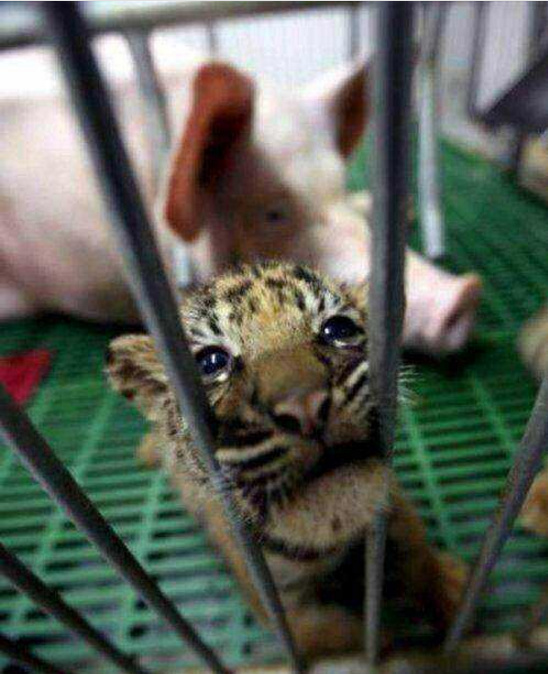 To their relief, the mother pig accepts him into her litter and began to care for him.

However, the cub did not immediately nurse from the pig.

But when it saw the other piglets rush at the mother pig to nurse, the hunger got the better of him and he dived in. 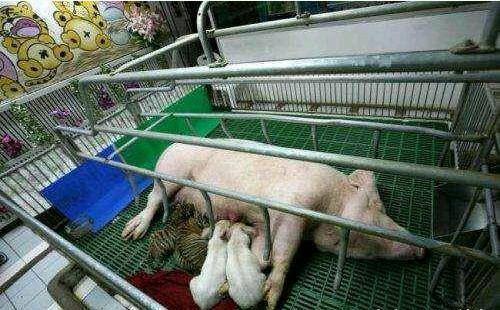 The tiger cub views the pig as his mother and stays with her. He eats with her at mealtimes and sleeps with her when they’re full. 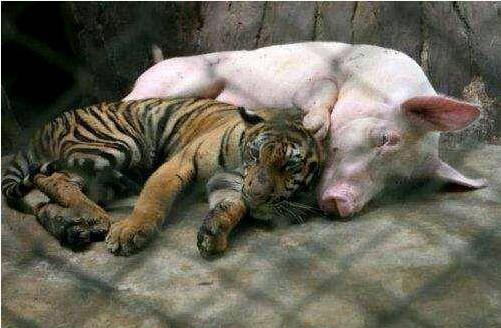 The tiger has a fast growing rate and it wasn’t long until the tiger and the pig are the same size.

Soon, the tiger will be much bigger than the mother pig. 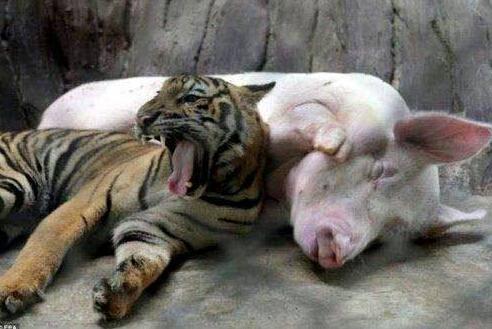 However, the tiger doesn’t have its fierce tiger behavior. 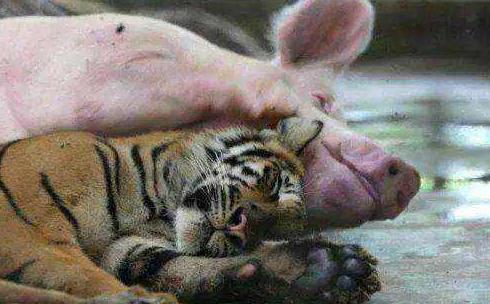 Being raised by a pig, he is very much docile and soft. He is not fierce at all and the zoo staff are scratching their heads to train him.

What a heartwarming sight. Let’s see whether the tiger will become fierce as mother nature intended or remain with his mother’s nature.