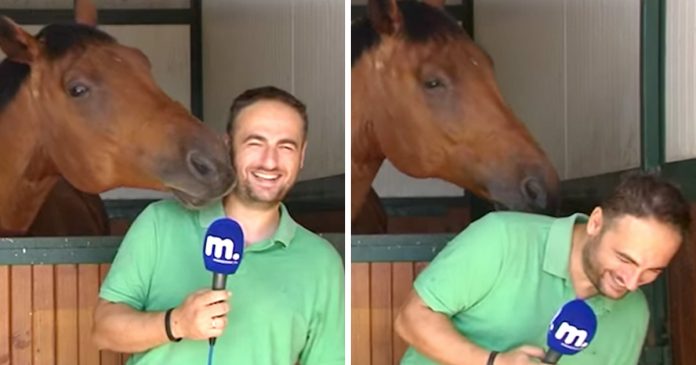 Due to their enormous size, strength and speed, horses are considered as tough animals. Despite their bad ass reputation, however, they are actually very affectionate and playful.

In this video of a reporter doing his recording session at a stable, a horse named Frankie wouldn’t stop playing with him.

As the reporter tries to be serious while talking on the microphone, he’s finding it harder and harder to keep his composure with Freddy kissing him all the time! 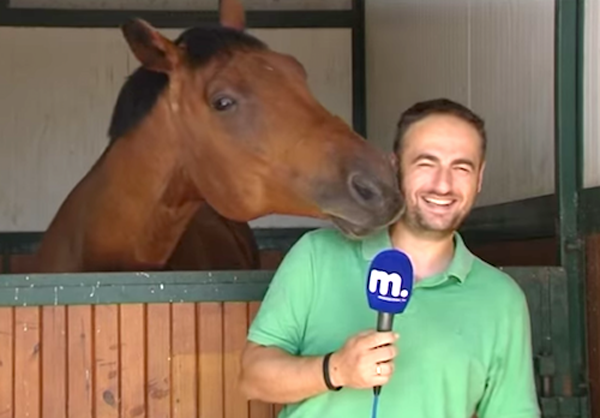 The stallion must have felt that the reporter was talking about him, because every time he begins his presentation on camera, Frankie would give him a push, a bite or a tap with his large horse head.

It’s impossible to keep a straight face when you’re faced with this adorable, attention-seeking horse! 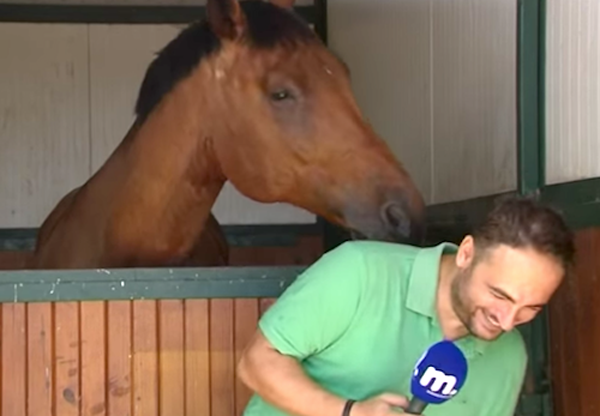 Fortunately, the reporter plays along well to Frankie’s playful advances and doesn’t fear him. He even refuses to stop the shoot, enthusiastically going on even if Frankie has interrupted him numerous times.

Looking at his sweet interaction with Frankie, he’s probably enjoying Frankie’s company as much as Frankie enjoys his.

This is how people should be treating animals: with love and patience. It’s so heartwarming to see interactions such as these. These two really have it going well!

Goldie tried to save his little owner from his furious mother...