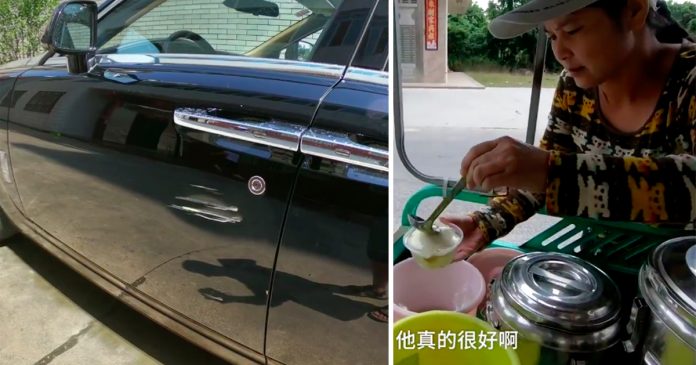 Recently, a woman who sells soft pudding in Guandong, China accidentally scratched a Rolls Royce which was parked by the roadside.

The lady seller lost control of her wheel cart when she was moving downhill, causing her to hit the car and left scratches on one of the car’s door.

Realising that her wheel cart had hit the car, the lady panicked. The repair cost was definitely going to cost her a fortune. She knew that she would not have the money to compensate. 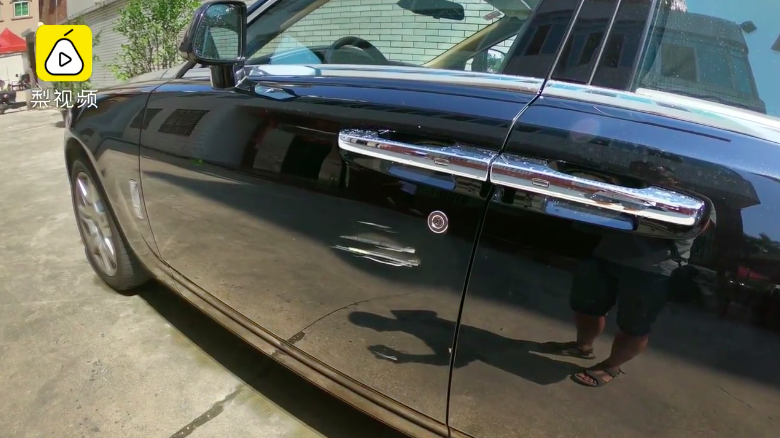 The car owner found out what has happened to his car and the woman apologised repeatedly to him, saying that it was an accident and she did not do it on purpose. 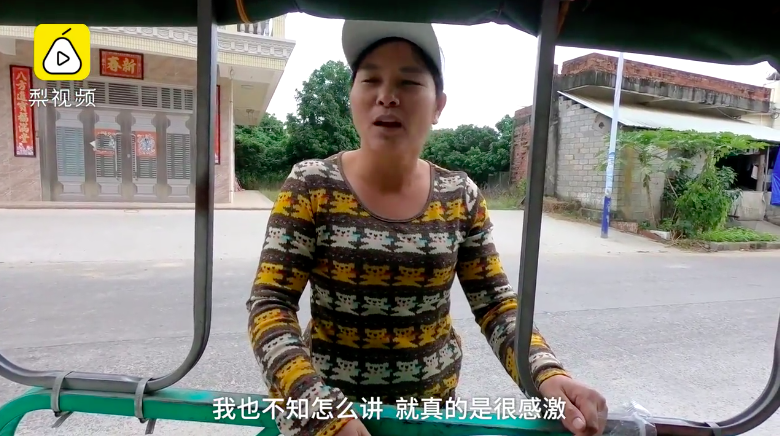 Thankfully, the car owner was an understanding man and that the woman was not at fault for scratching his car.

“She’s only a soft pudding seller. There’s no way she could pay for the damages. It’s okay, let it go. Go ahead and resume your business,” the car owner said. 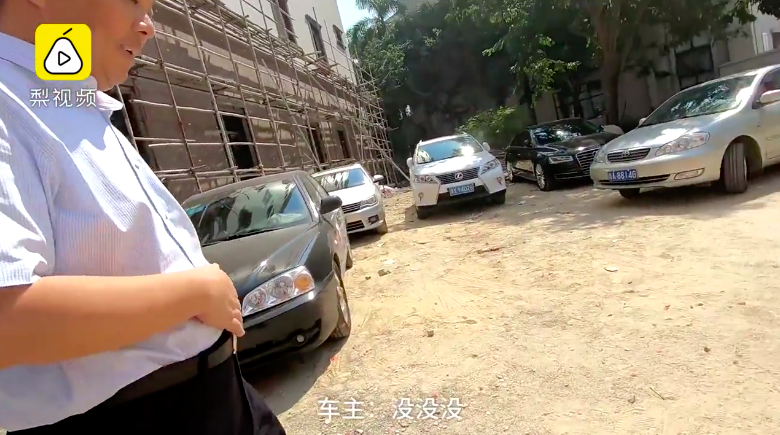 Even though she was relieved to hear his response, the lady seller still felt guilty for the accident. Out of embarrassment, she no longer sold her soft pudding in the area where she scratched the car.

Upon finding out about the situation, the car owner sympathised with the lady.

He contacted the lady and asked her to resume her business back in the area and told her not to worry about the accident. 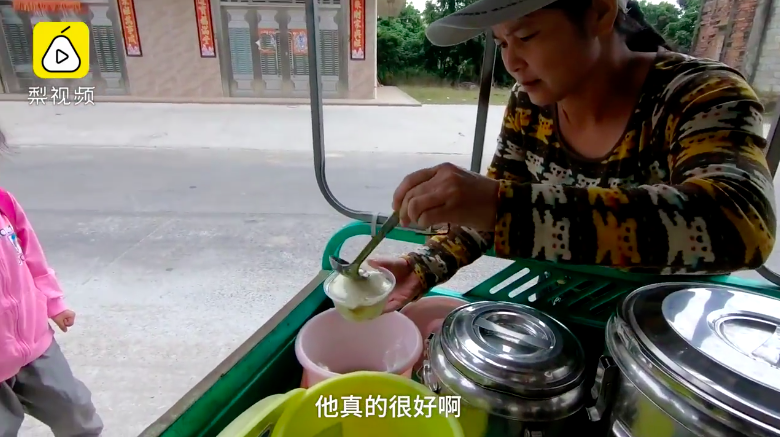 To let the lady know about his sincerity, the car owner even went to her house to ask her himself. According to him, he knew exactly what the lady was going through as he, too, was once a poor man.

“My family was also poor and I, too, has to work hard to earn a living. I could recall being dejected by a similar experience a long time ago,” the car owner said to the lady.

Since her soft pudding was a favourite in the neighbourhood, the car owner asked the lady to continue selling in the area.

The video about the kind-hearted car owner and the lady seller quickly became viral on the Internet as people were impressed by how considerate the car owner was.

“The car owner is a kind man. Not many people are like him. This is the true wealth,” one reader wrote.