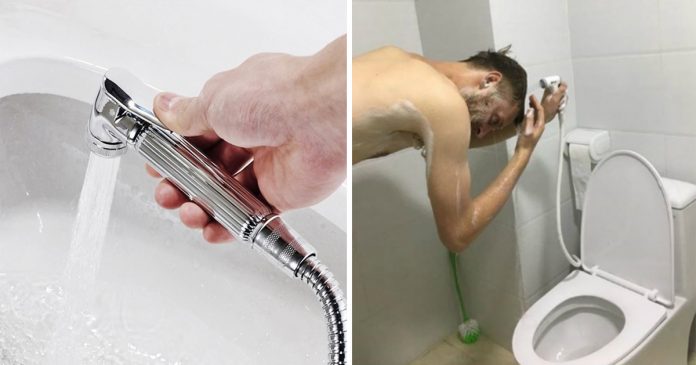 Asians, Americans, Europeans. We all have different cultural habits and lifestyles. Our, ehem, toilet habits differ too. Now, what would you get when a toilet paper user comes head to head with a bidet? Hilarity.

Facebook user, Hamish Carruthers, took to the site to share his complaint about bathrooms during his recent stay in Hanoi, Vietnam. He had been living in hostels during his one-week stay and he found them to be sufficient, except for a specific flawed feature.

On October 24, he posted to the Hanoi Massive Community group on Facebook, “Alright guys, I’ve been in Hanoi almost a week now and I’m loving it. My only complaint is the showers. I’m all for saving water but having to hold your finger on the button to keep the water flowing seems a bit extreme. The cold temperature doesn’t bother me too much but why are they so low? You have to bend down to wash your head. Vietnamese people aren’t that short… I’ve tried 2 different hostels now and they both have this style of shower, what are other people’s opinions on the Vietnamese shower?” 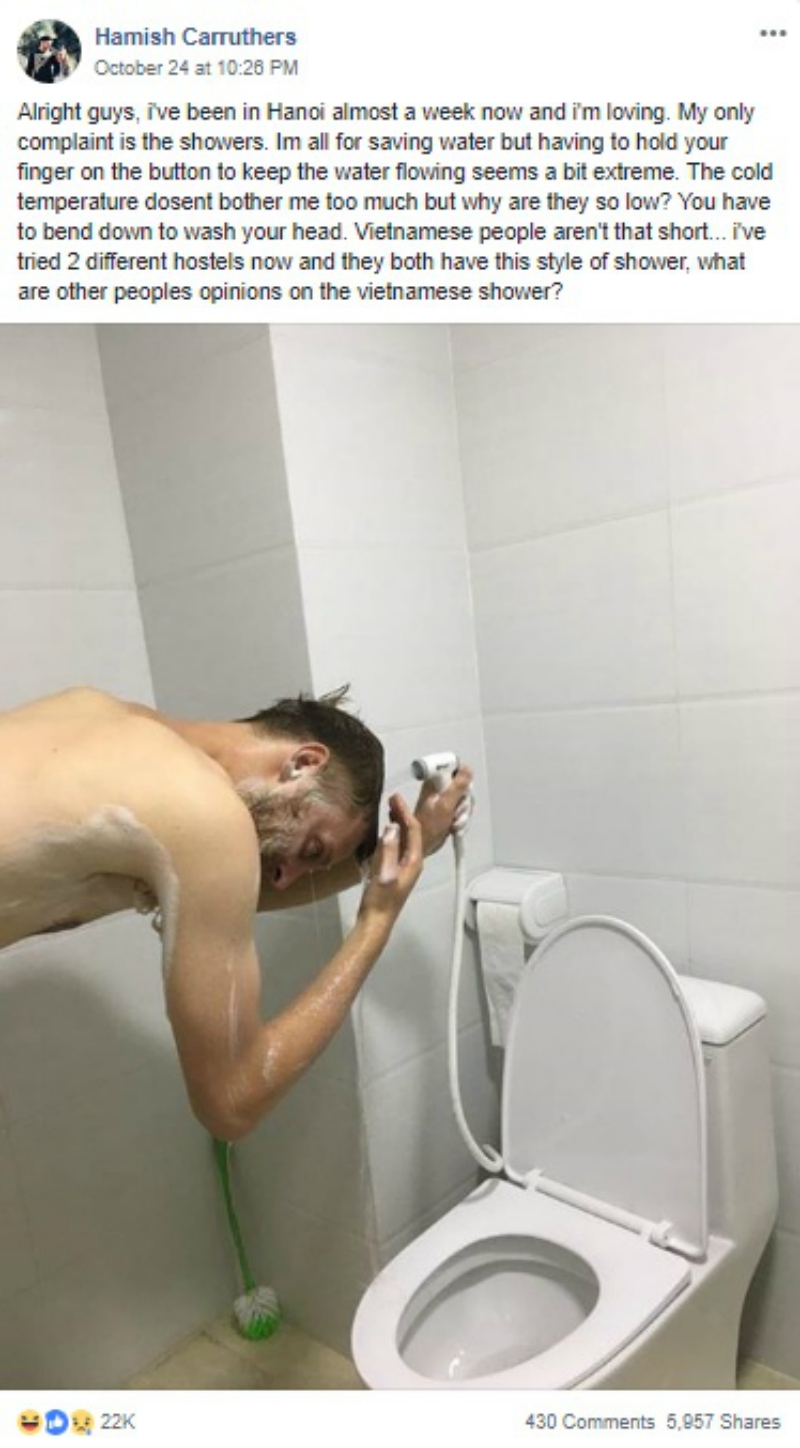 He even uploaded a picture of himself bending down low to rinse his soapy hair.

This post has left readers of all nationalities in stitches. It went viral, garnering over 23,000 reactions, 6,560 shares and 432 comments.

Facebook users have commented on the post, educating Carruthers about the actual purpose of the ‘shower’ he has been using.

Others found themselves laughing and scratching their heads at this tourist’s ‘complaint’.

However, majority of them believes that Carruthers’ post was meant as a joke. Thanks to him for taking this in casual stride and amusing us with it.