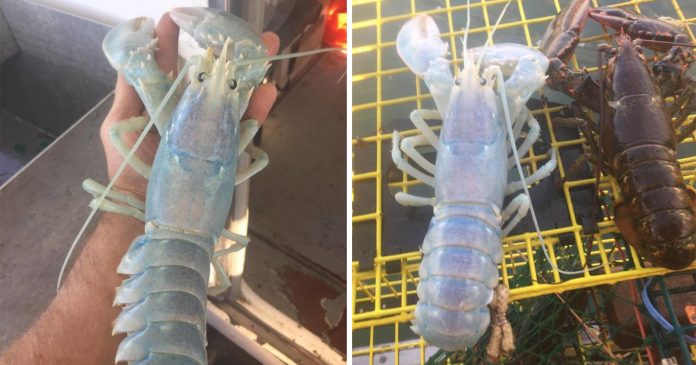 After all these years and with all the technological advancements we’ve made, there is still a huge 95% part of the ocean still left undiscovered. But what we have discovered so far, is shocking enough. One of these discoveries is a lobster of a gorgeous, rare hue back in 2017.

Alex Todd, a 49-year-old lobsterman found himself to have caught a remarkable catch-of-the-day.

Pulling the trap from the water, he immediately noticed the lobster’s odd color. 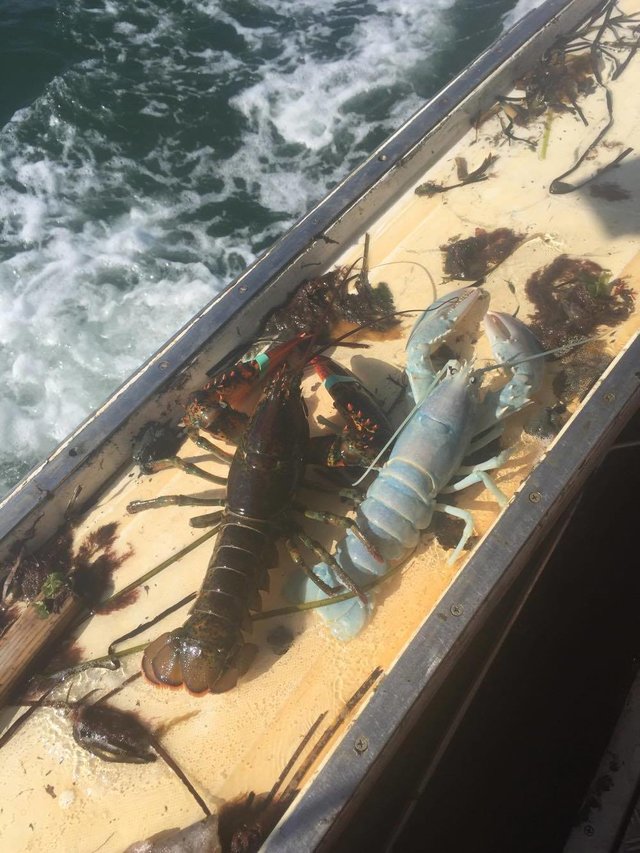 Separating and handling the lobsters, all he could think of was how rare and beautiful this particular lobster is.

He also noticed that the lobster was a v-notched female, and it’s carrying eggs at that point of time. 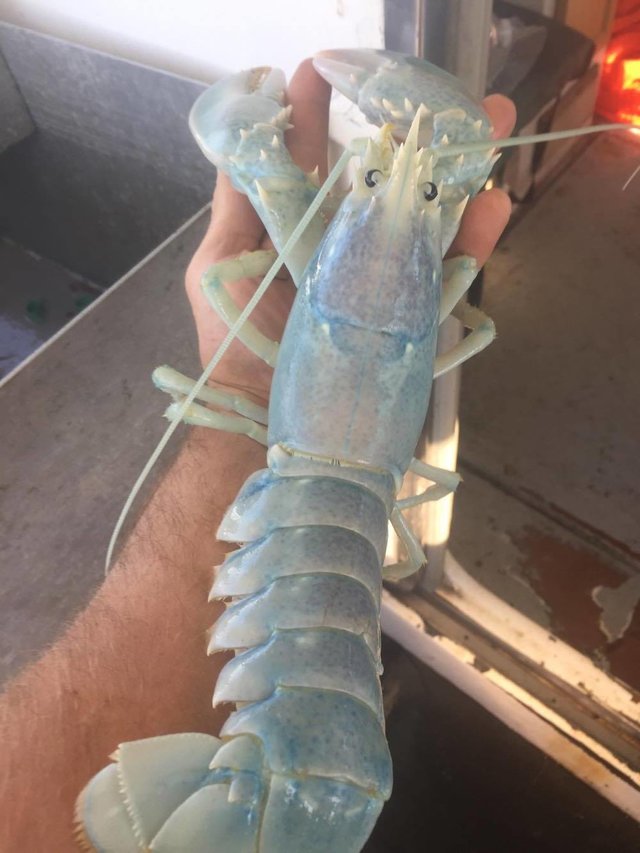 Alex Todd is the 10th generation of lobstermen in his family. At just 6 years old, he inherited his grandfather’s commercial lobster license and has been hauling up traps off the coast of Chebeague Island, Maine since then.

Todd admits that in his many years of fishing, he had never seen anything like this pearlescent white lobster shimmering with hints of blue. 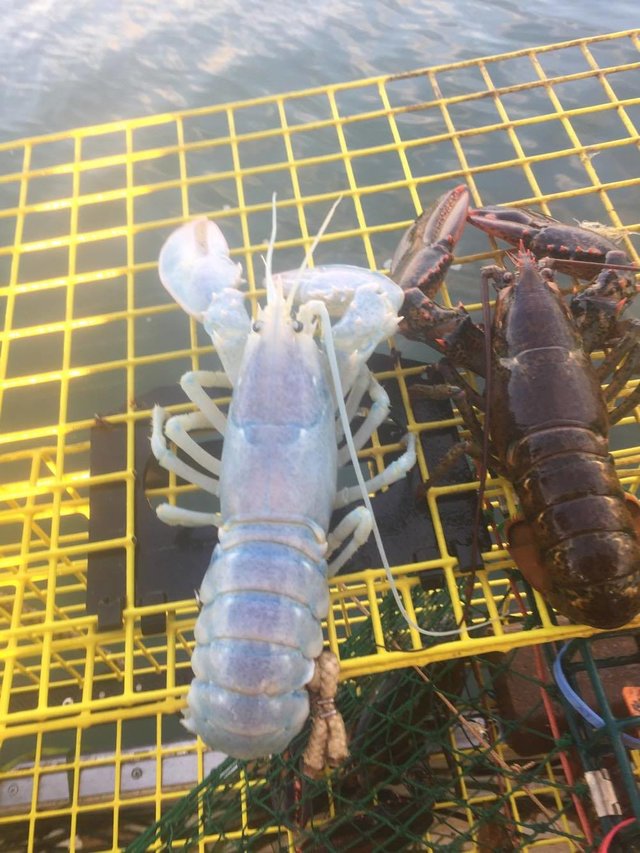 Most lobsters pulled out of Northeastern waters are of a brownish-red hue, but certain genetic anomalies can cause crustaceans to vary in color.

According to a Facebook post shared by Maine Coast Fishermen’s Association, a normal lobster gets its color by mixing yellow, blue and red protein pigments. Through different genetic mutations we can get a blue, yellow or red lobster. You can also get strange mixtures of those colors as well.

The Facebook post goes on to explain that this gorgeous lobster probably has a genetic condition called leucism—a partial loss of pigment, due to the hints of blue on the shell and eye color.

Todd did what a lot of people would never do—he put the lobster back into the water, right after he finished snapping a few photos.

There were other unique crustaceans reportedly caught in recent years as well and donated to aquariums such as the half black and half orange lobster below.. 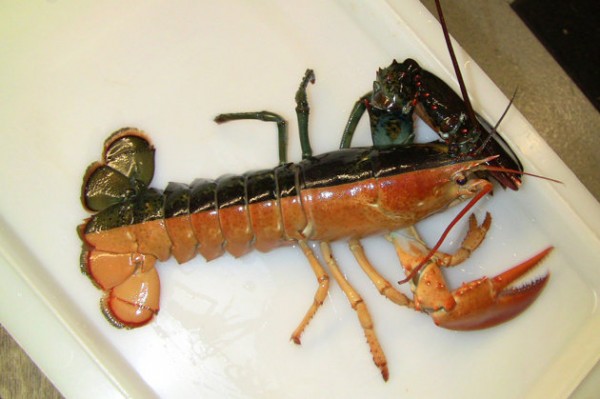 Hopefully, these beautiful and rare lobsters will continue to thrive.