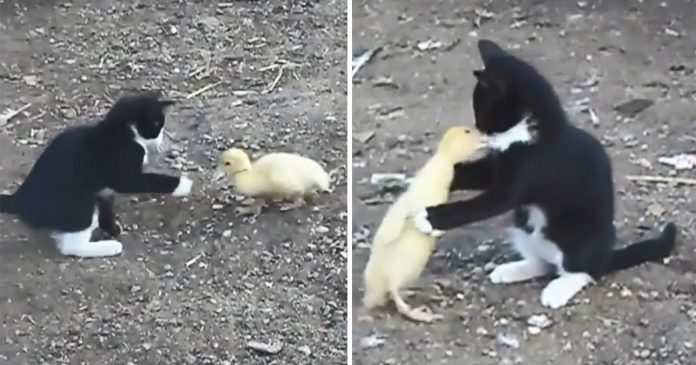 This is the most anticipated battle of the year! And a battle you’ll want to keep watching over and over again.

The first contender, an adorable black and white kitten, is a favourite by size and technique. But the second contender, a yellow duckling, is fierce and bold. Although they are in different weight categories, the fight is equal in terms of age and experience level.

In this unique showdown, the kitten dominates the duckling with hugs and kisses until the duckling is knocked down several times. 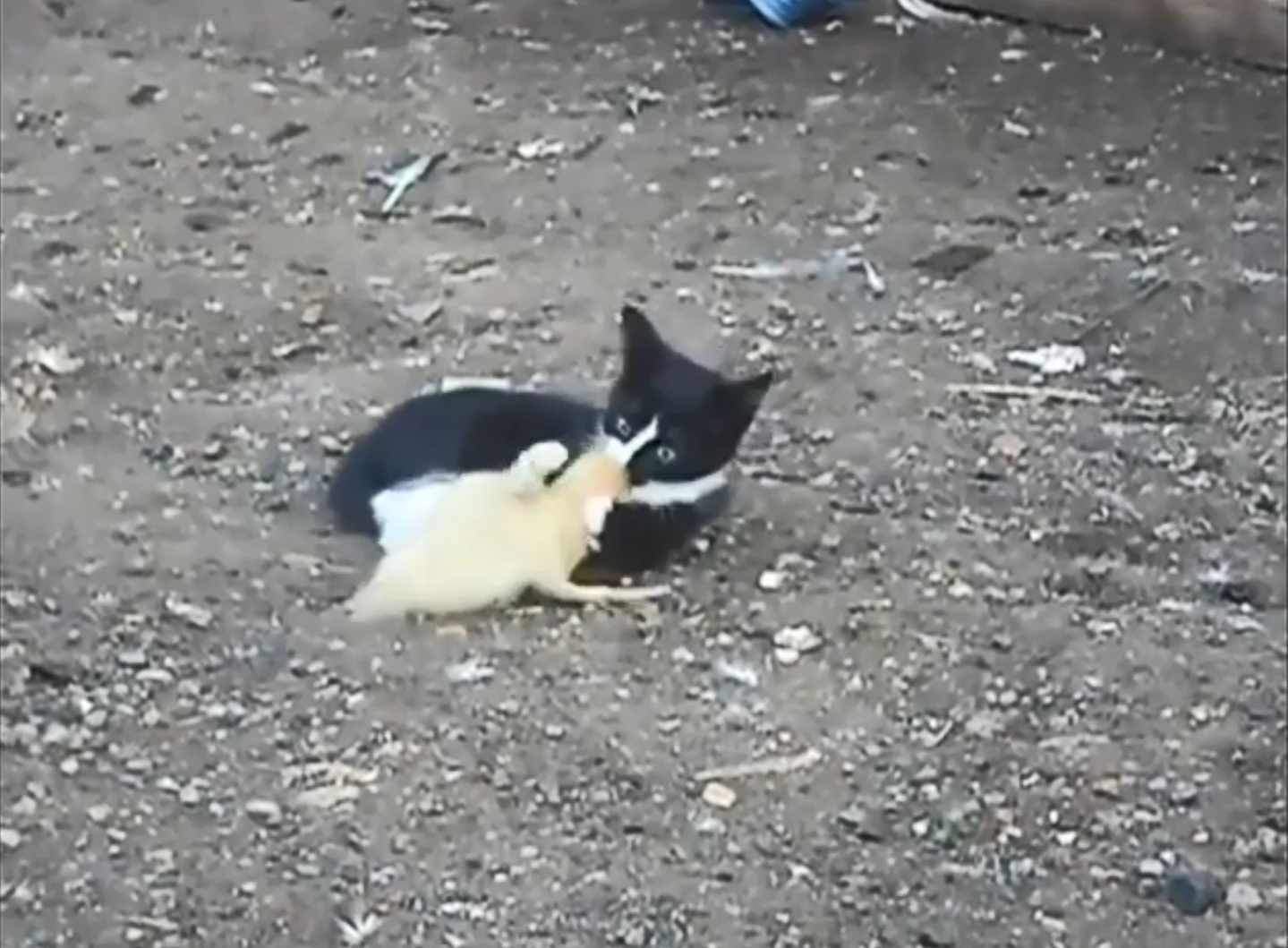 Being the cunning kitten he is, the agile duckling was knocked down several times in the first round.

In the second round, the duckling fought back, planting kisses with his beak everywhere he could reach. 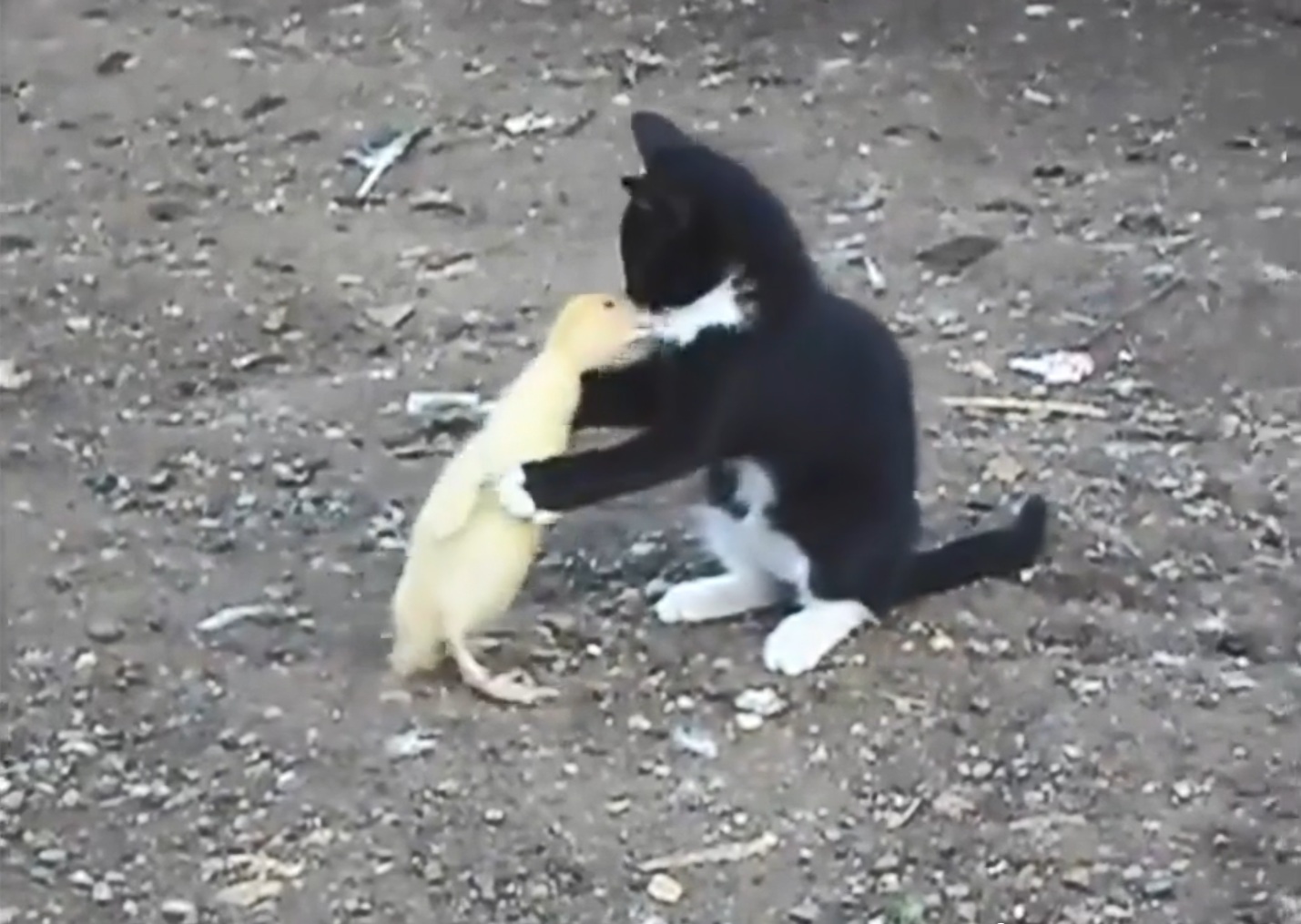 This overwhelmed the kitten, as he backs away from the sharp kisses.

The kitten should feel lucky because mother duck did not intervene, otherwise he wouldn’t stand a chance! 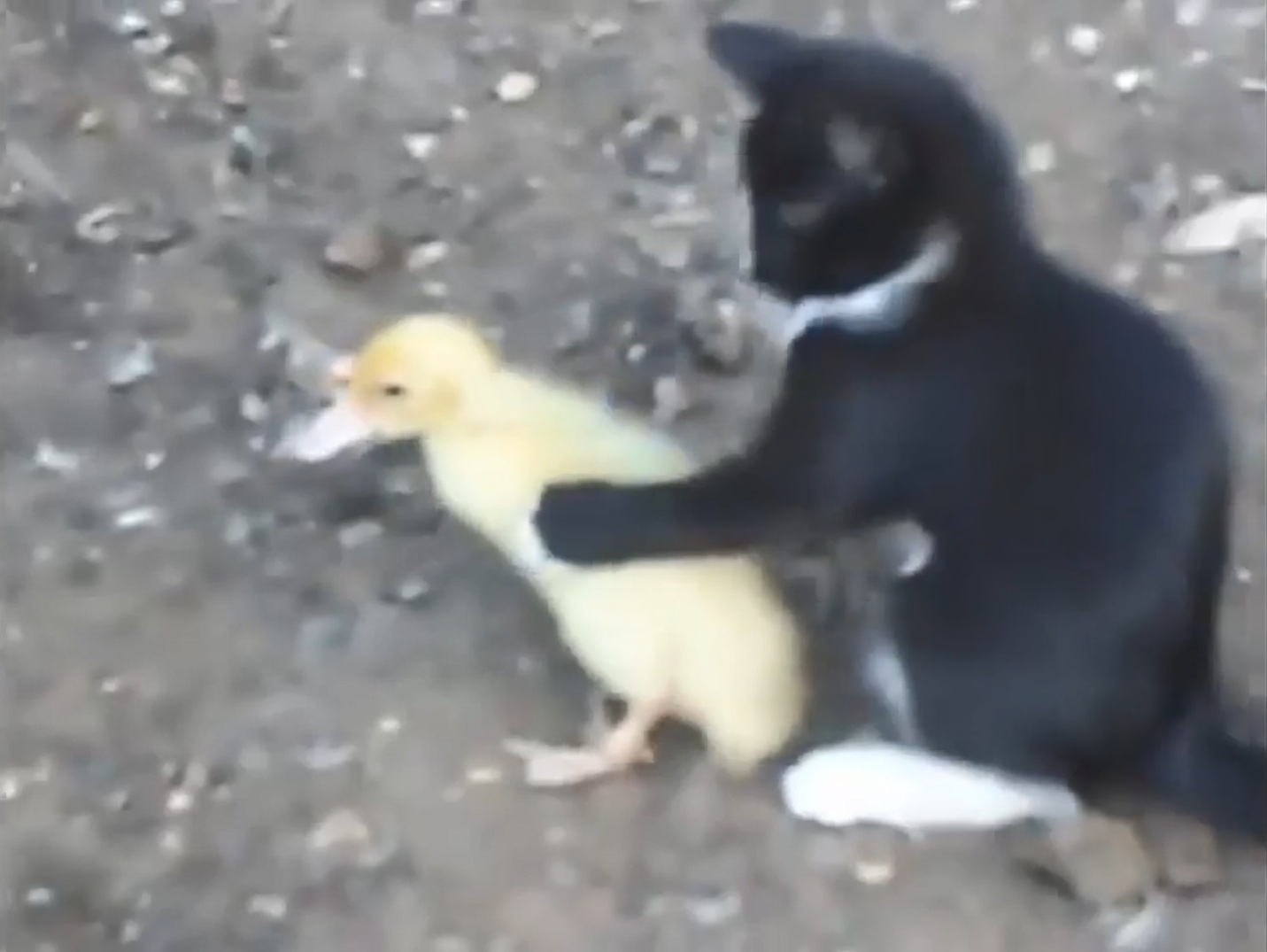 The duckling’s fierce attempts lead him to victory in several earlier rounds, but his consistent techniques have made him predictable. 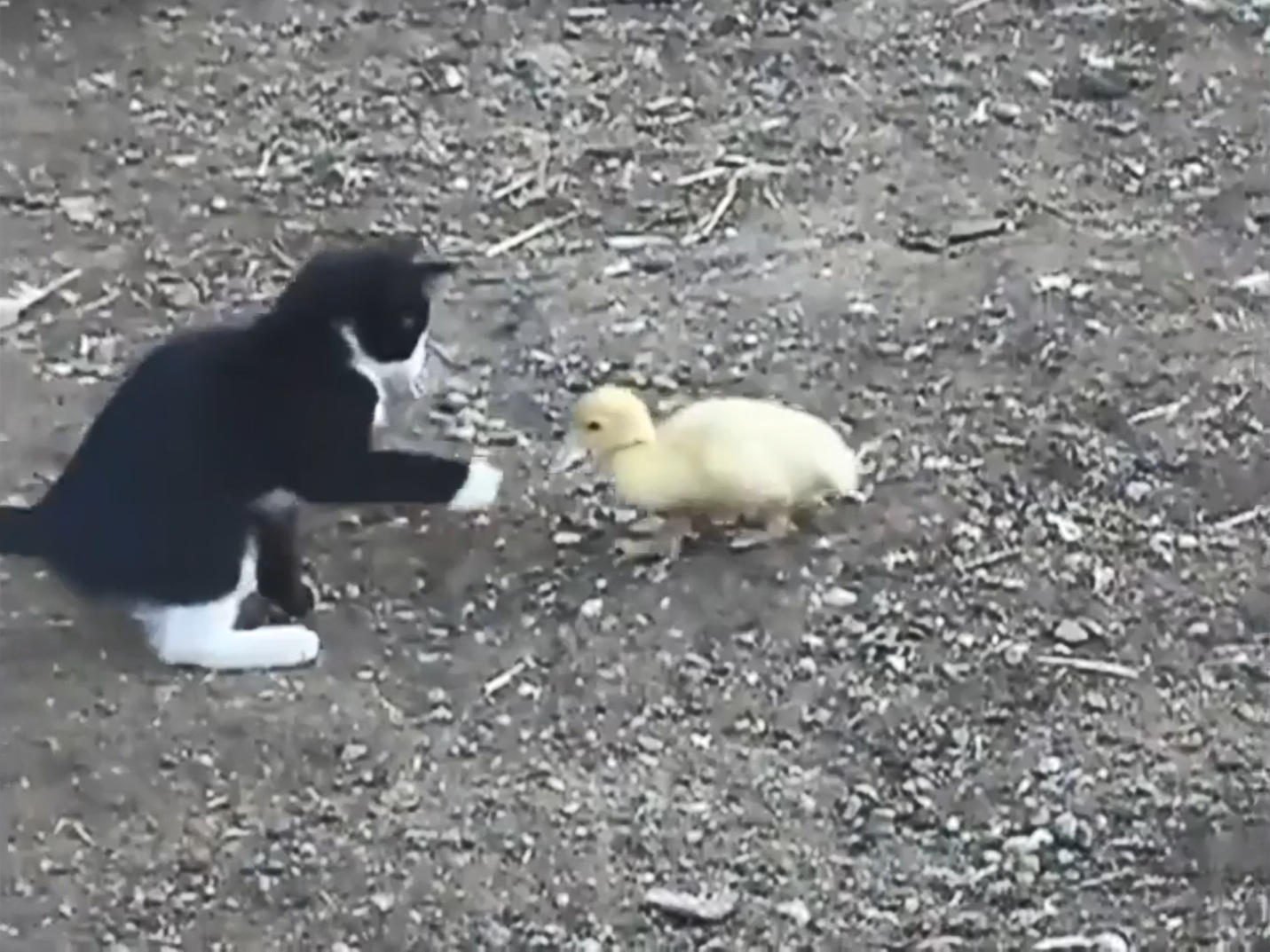 This led the kitten to devise some counterattack moves, using his weight and sharp claws. 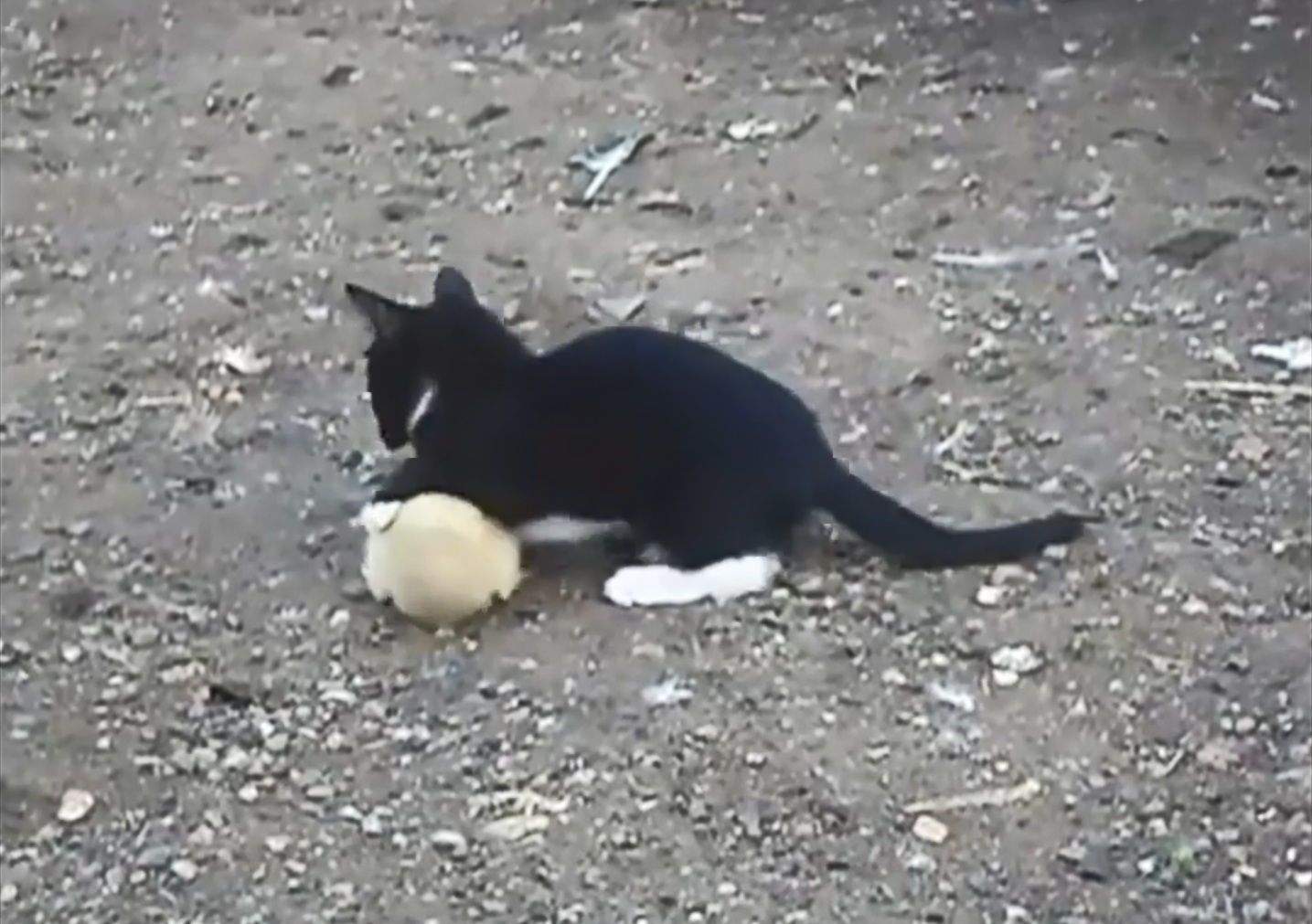 Eventually, the duckling got tired of being weighed down, but he couldn’t do anything about it. In the most critical moments, the duckling left on his own free will to re-join his family, leaving the kitten behind.

Victory has fallen to the paws of the kitten!

Owner shocked when his parrot was lying inside the cage looking...