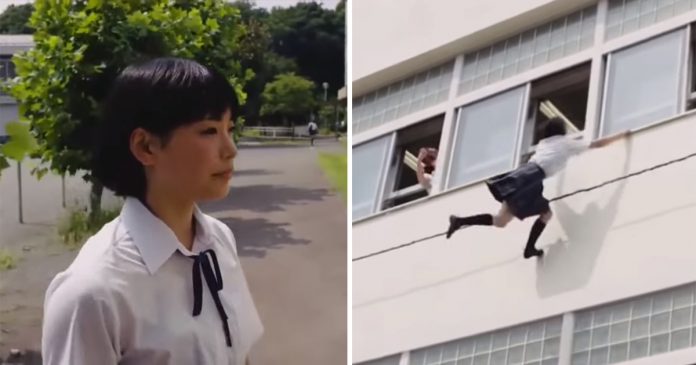 Many of us have been late for class at least once in our lives. The normal option is to make a run for it and hope the teacher isn’t in yet.

But not this female student from Japan. As soon as she heard the bell ring while she’s still outside her building, she starts to scale her school building freehand.

In the video which has reached over 130,000 views on YouTube, the small but athletic-looking school girl looks nervous as she weighs her options on the best way to enter class on the shortest time.

She dropped her bag from her shoulder and jumps over a low fence. She easily steps on a window sill and launches herself on the next pillar. 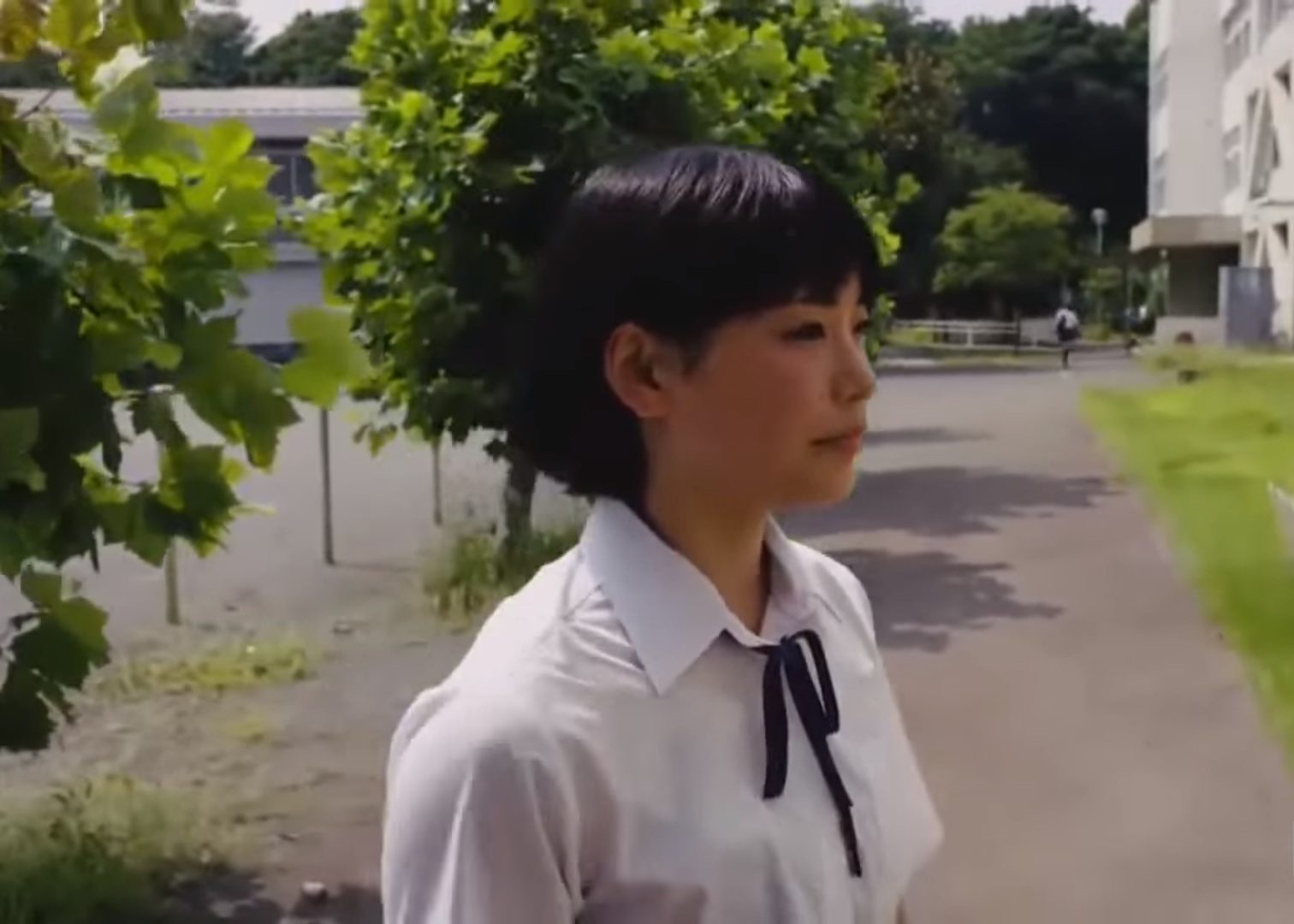 While hanging, she adjusted her position and moves to the right. 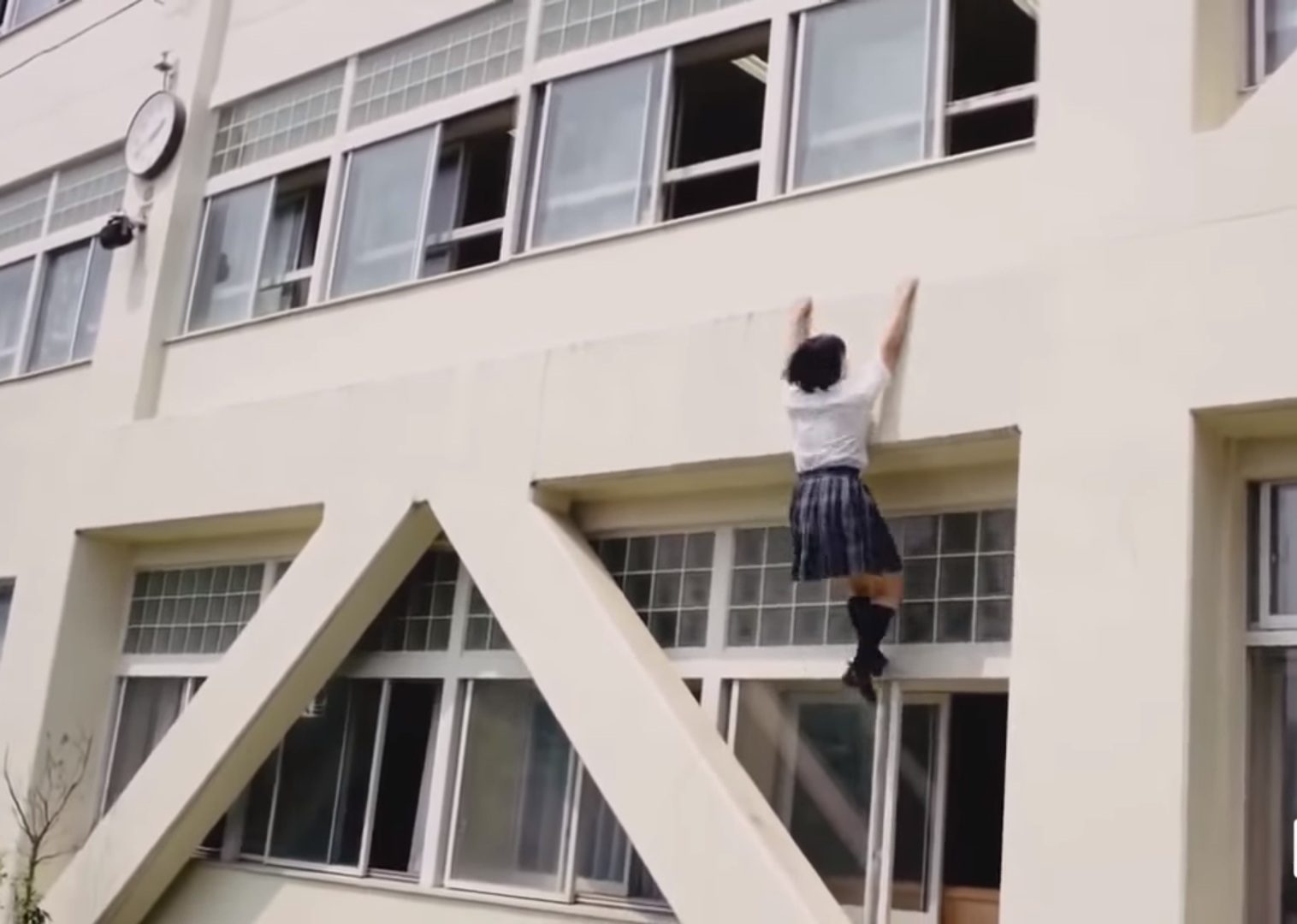 She immediately kicks and hangs her foot on the next pillar to pull herself up to a standing position.

Just when she arrives on the second floor and you think she’s finally done, she hasn’t! 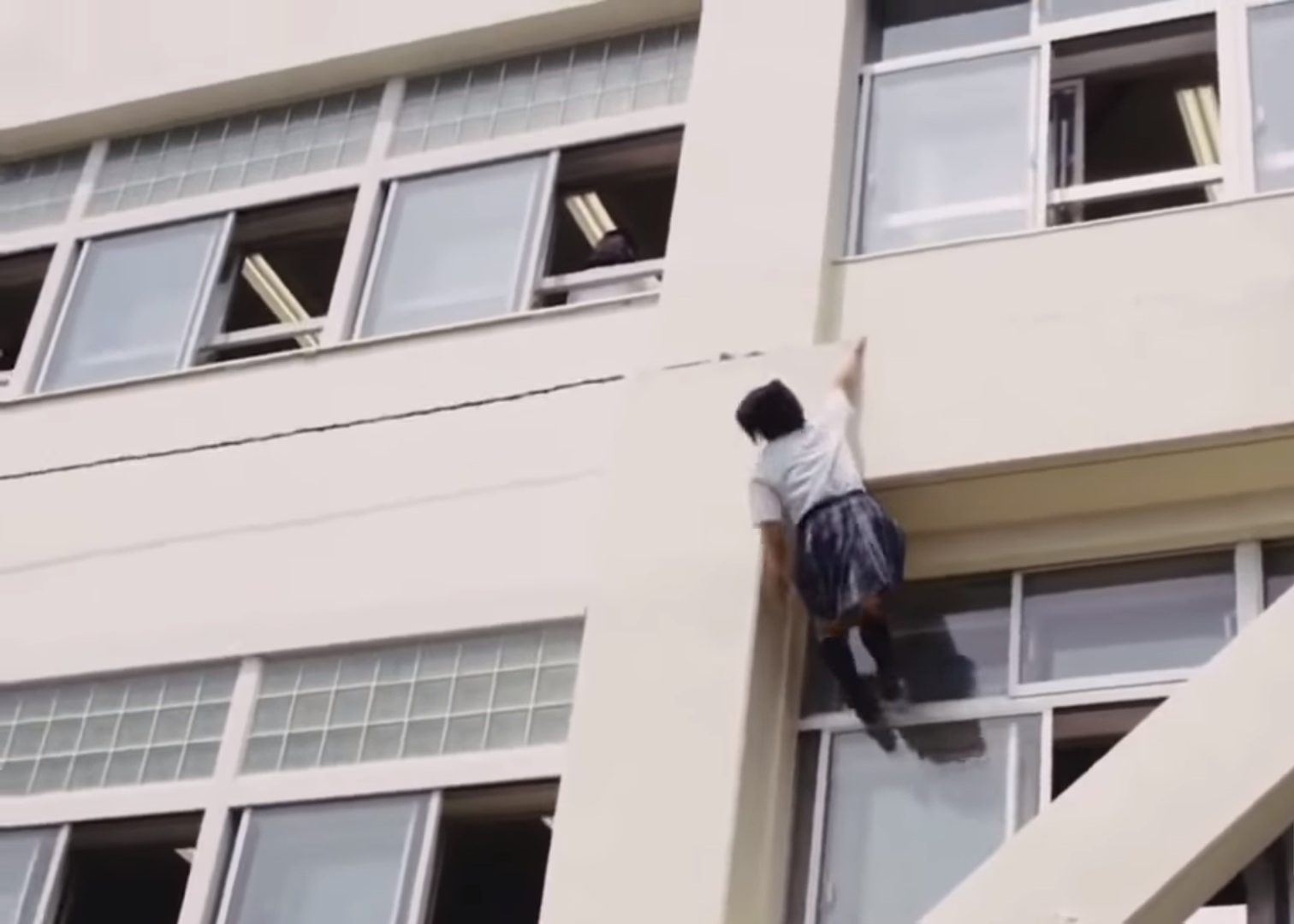 Stepping on a window sill on the second floor, she jumps and grabs the pillar on the third floor. 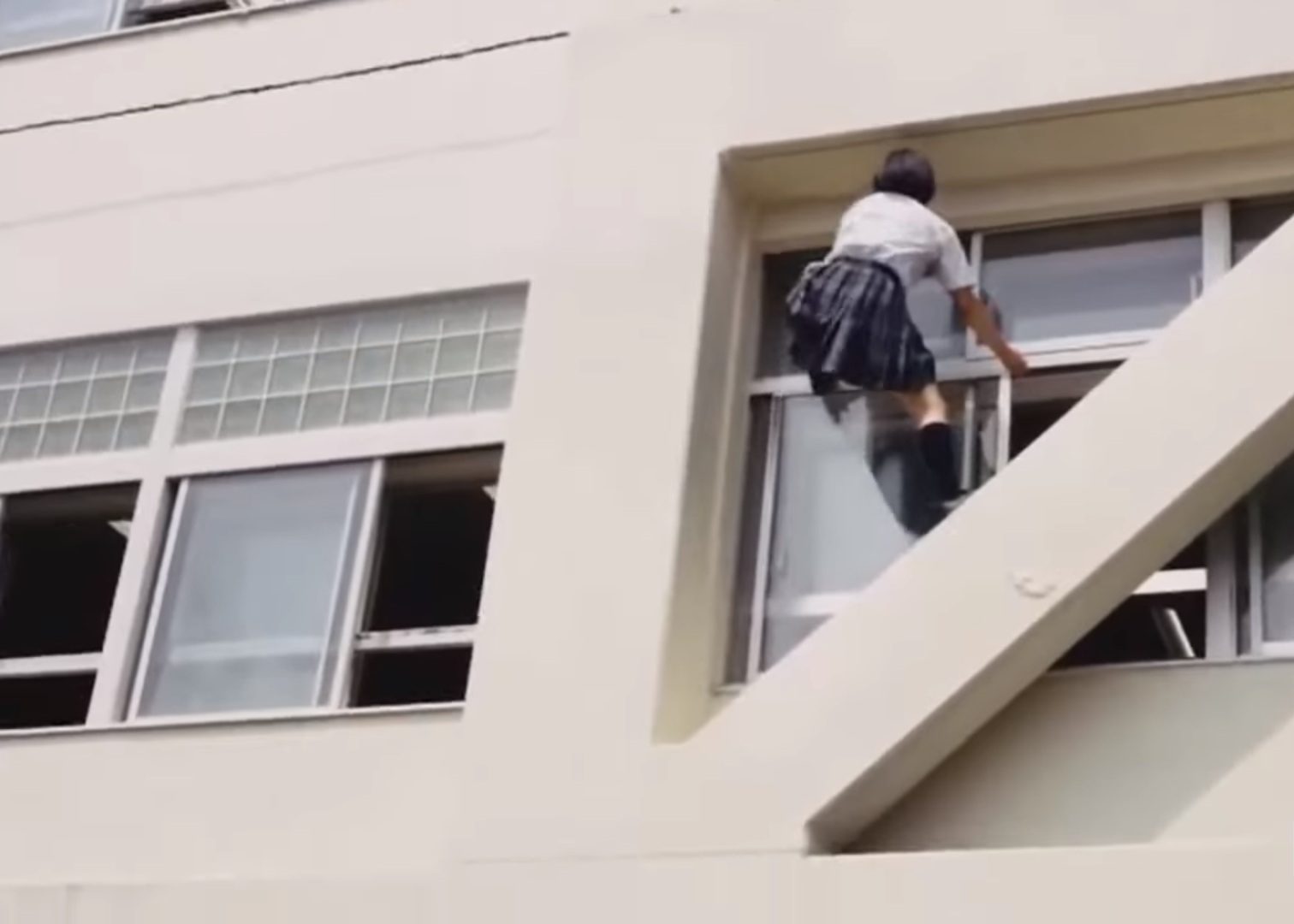 Standing on top of a window sill, she did a few turns and leaps to gain leverage. 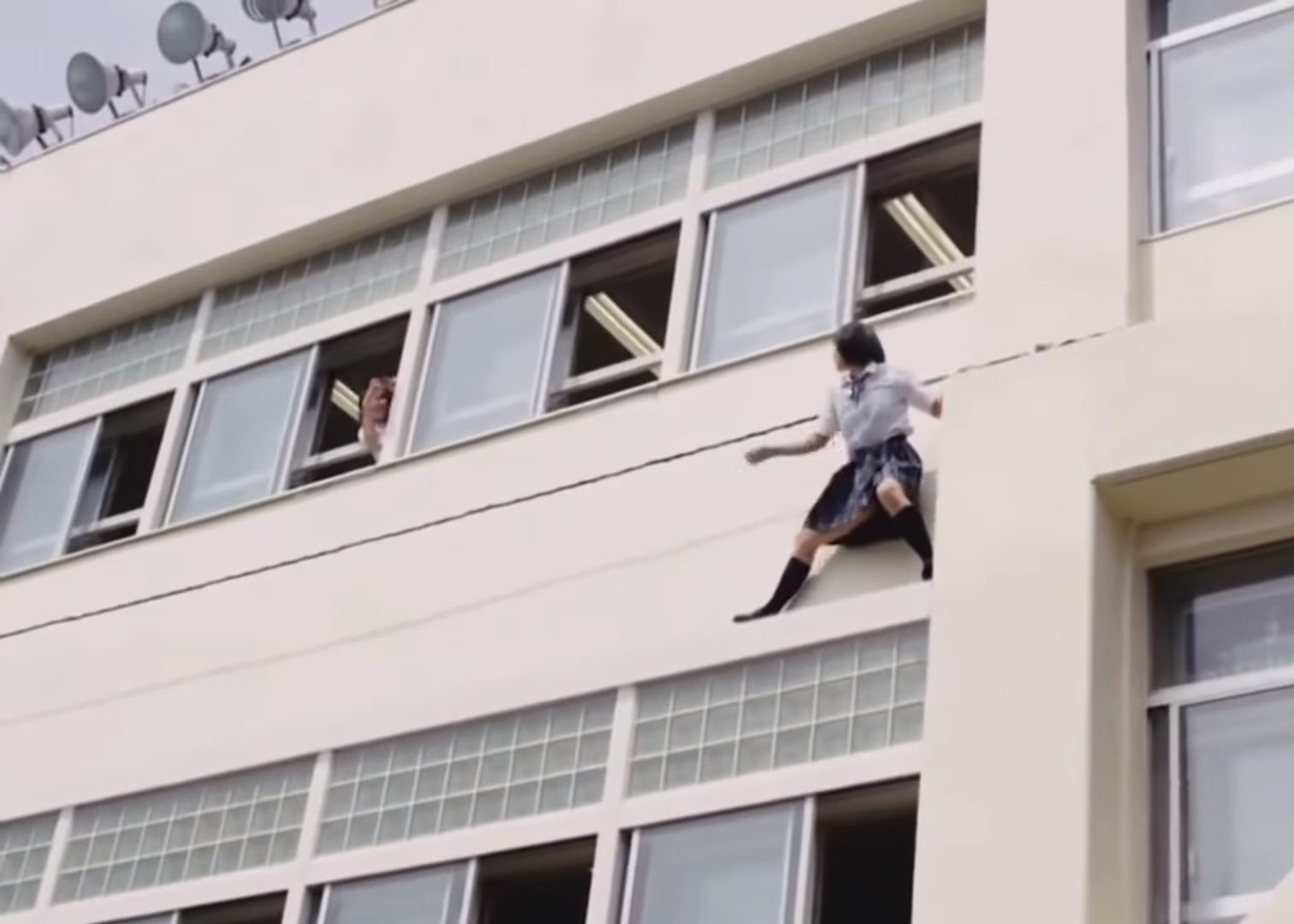 She is almost to the window of her class where her classmates are watching her and waiting. 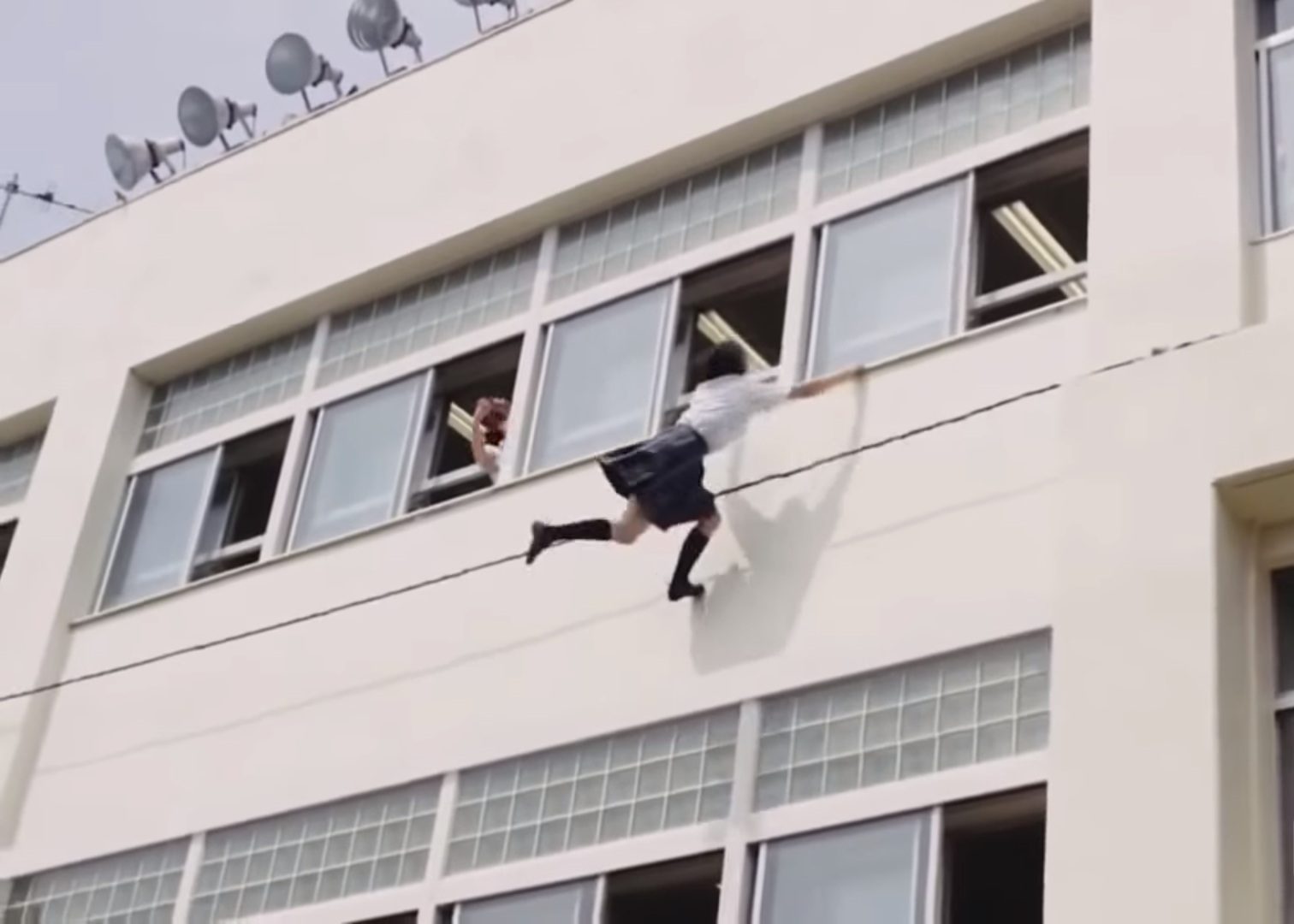 At a crucial moment before her big leap, a telco message pops up on screen and disrupts the video with the message “you have reached your internet limit this month”!

The camera pans out to show that the viewer of the video is a school girl who seemed to have used up her monthly data allocation, thus unable to finish the video.

The climber is introduced as the famous Japanese rock climber, Miwa Oba, specially invited to shoot this amazing advertisement.

Although the commercial successfully promotes the product in an absolutely fun and unique way, it hardly undermines Miwa Oba’s skilful climb to the third floor of the school building.

Magician leaves everyone speechless when he takes a seat on thin...