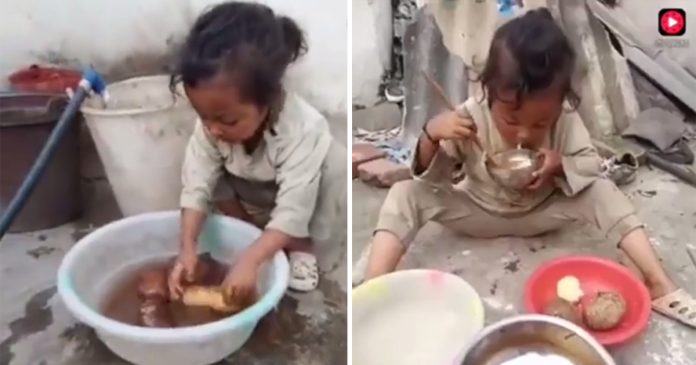 How old were you when you did your first house chore and when did you fully gain independence from your parents? For this young girl, she didn’t have a choice.

Born in a poor, rural village on top of a mountain, she gained her independence when other girls her age were still being spoon-fed by their parents.

In the video featuring the child’s daily routine, where her parents are and what happened to them are unclear and was not mentioned.

She looks to be living completely alone, and does not look to be any older than seven years old. 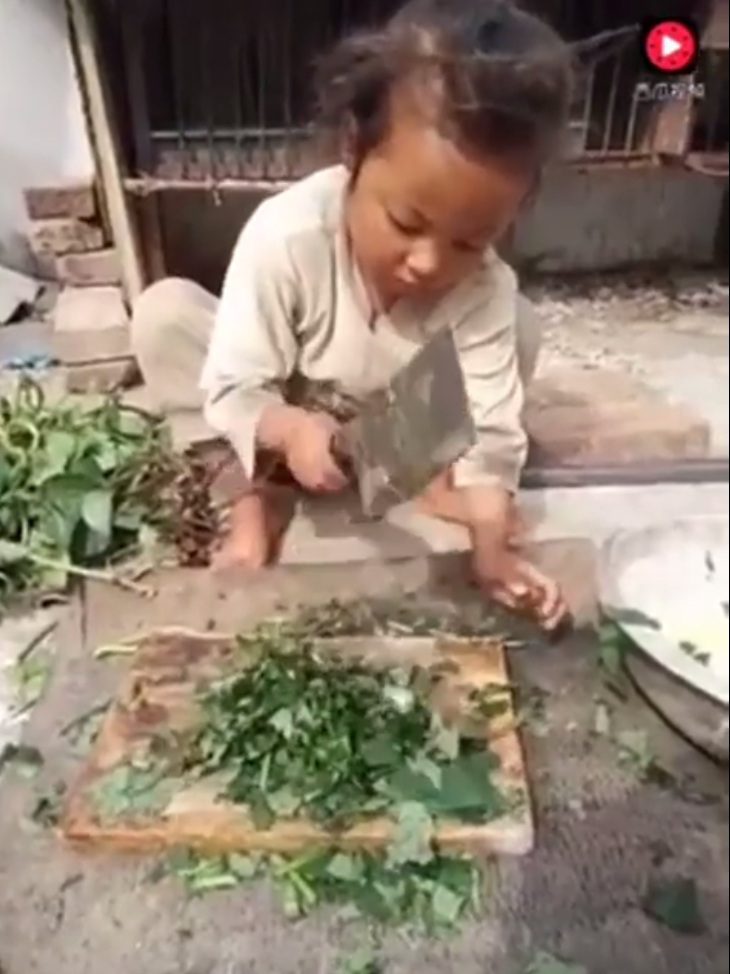 Her hair is unkempt, but she learns to tie it up and keep it away from her face so that it doesn’t bother her while she’s working. Her clothes are simple, plain and very dirty. It is obvious that she doesn’t have many clothes, but she manages herself well.

For her meals, she would have potatoes with rice. The potatoes are washed in a basin of water. 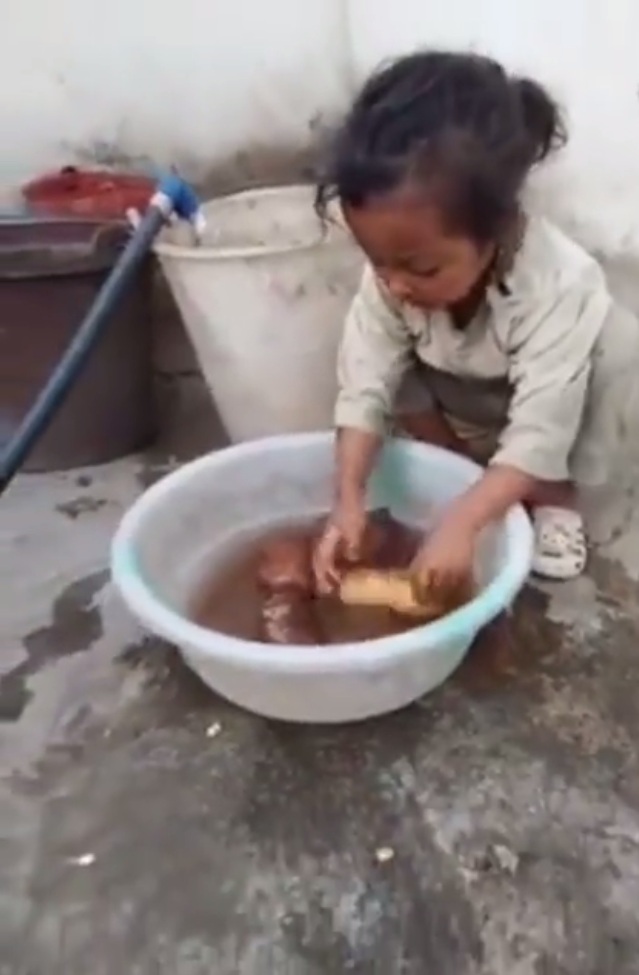 Without slicing or cutting them up into smaller pieces, she bites into them and eats the rice with her hands. 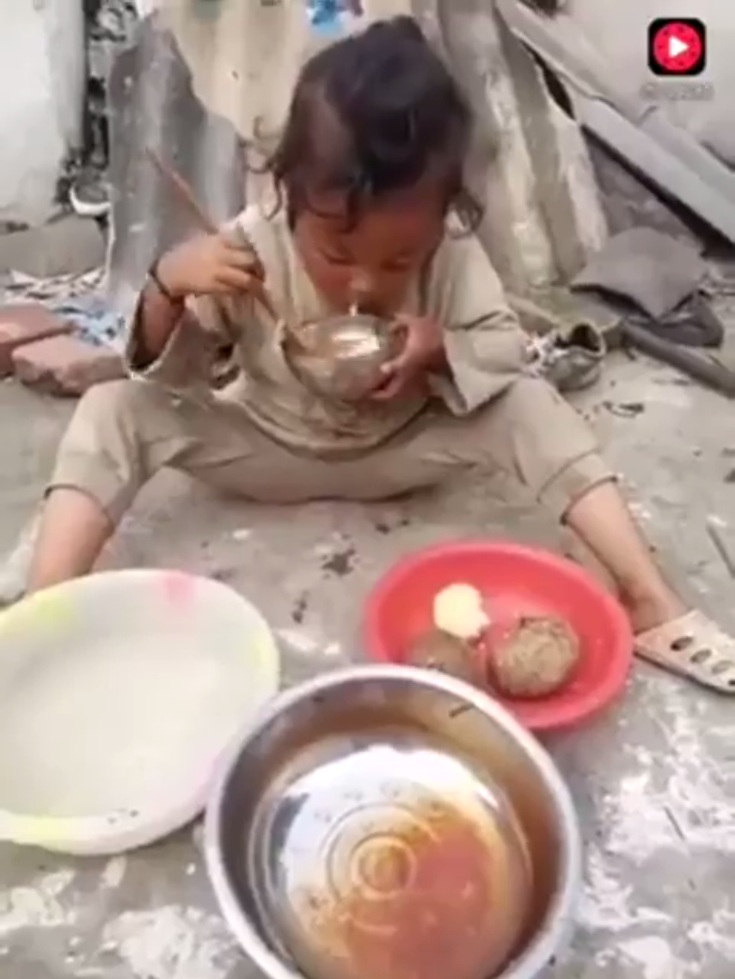 She would also pick some leafy greens, chop them into smaller pieces with a knife bigger than her arm, and feed them to her chickens in the coop. 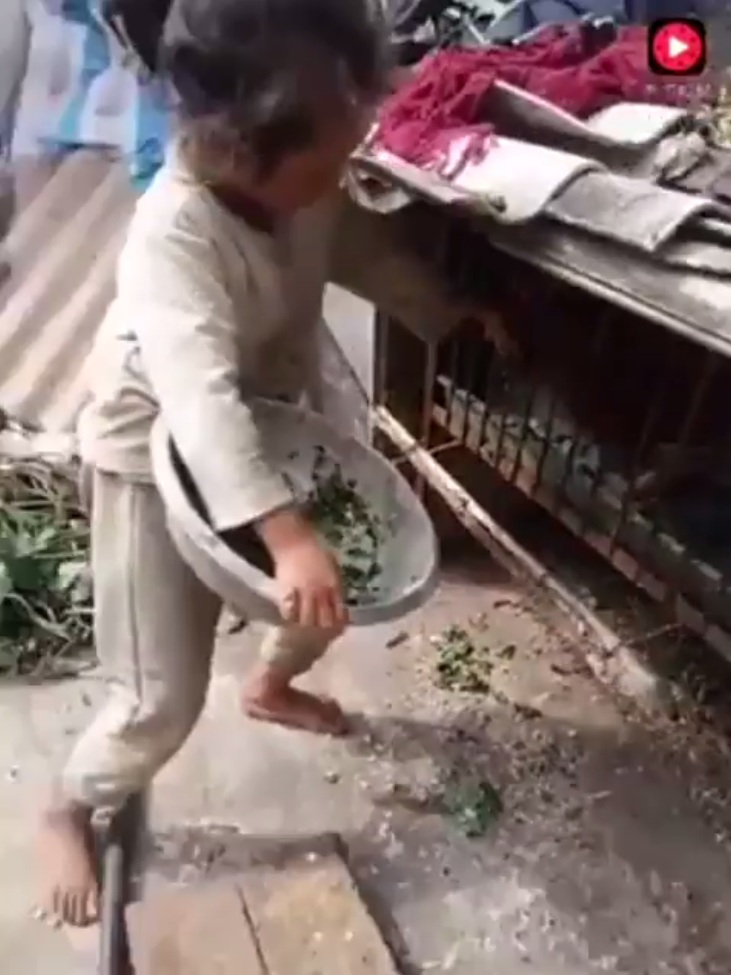 She gets her sustenance from the mountains.

She would climb and hike up the mountains with a small straw basket at her back. 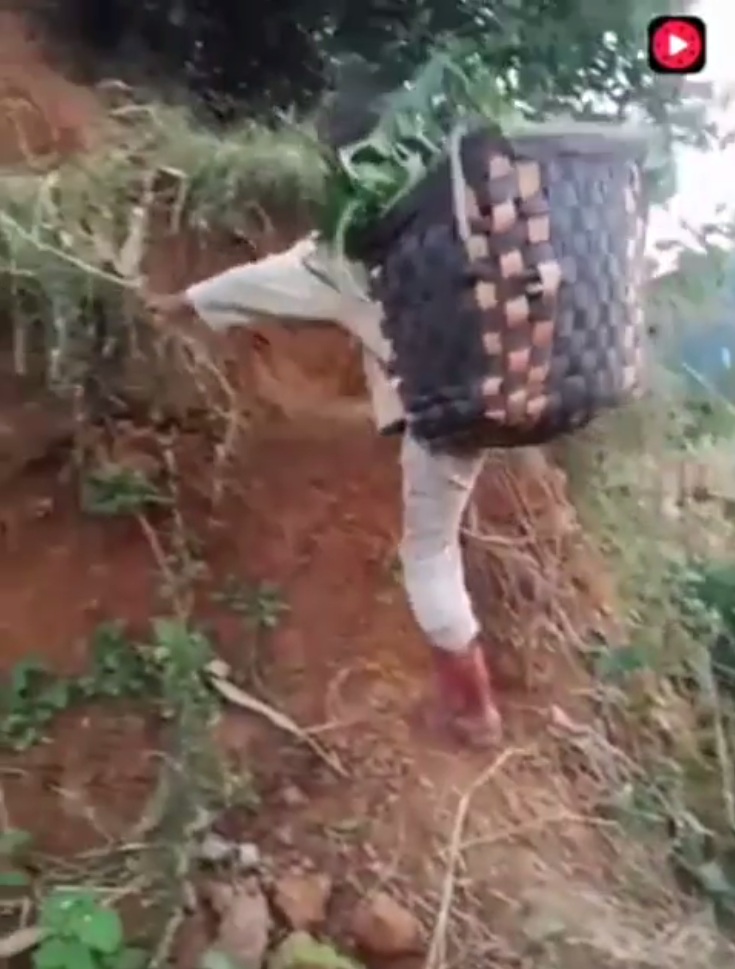 There, she would dig for potatoes, pick vegetables and collect firewood.

This is her routine and she has grown used to it. Her facial expression shows that she is hardened by this experience. However, she doesn’t complain about her life. She accepts it the way it is and is doing her best to survive.

If you or your child is faced with a choice of living this simple but carefree life, would you be willing to take it up? If you cannot bear to leave the comfortable environment that you were born or raised in, then you must remember to cherish the blessings you have.