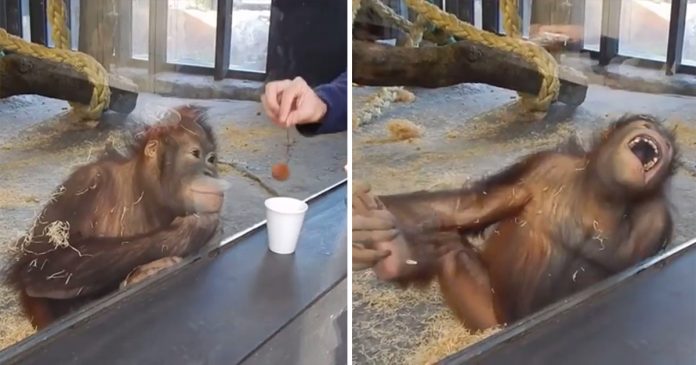 Apes are intelligent animals. Their brain structure and its functions, closely resembling a human’s, has made them the smartest mammal in the animal kingdom.

In a zoo located in Barcelona, Spain, a great ape—an orangutan—was filmed watching a man from inside its glass enclosure.

The man had a polystyrene cup in his hands. 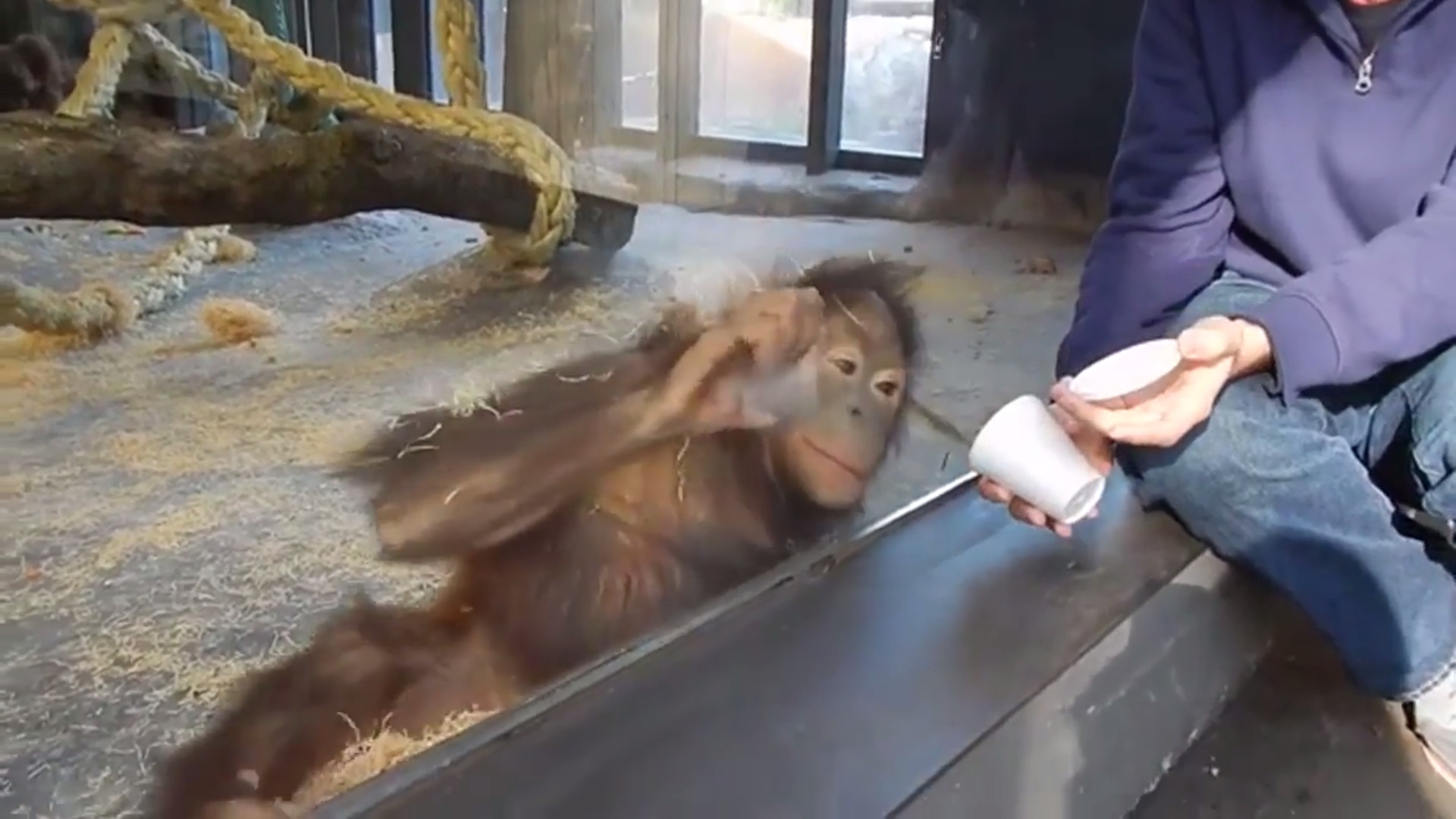 He held the cup to the glass enclosure, making sure the orangutan could see it, then placed an unripe chestnut into the cup. 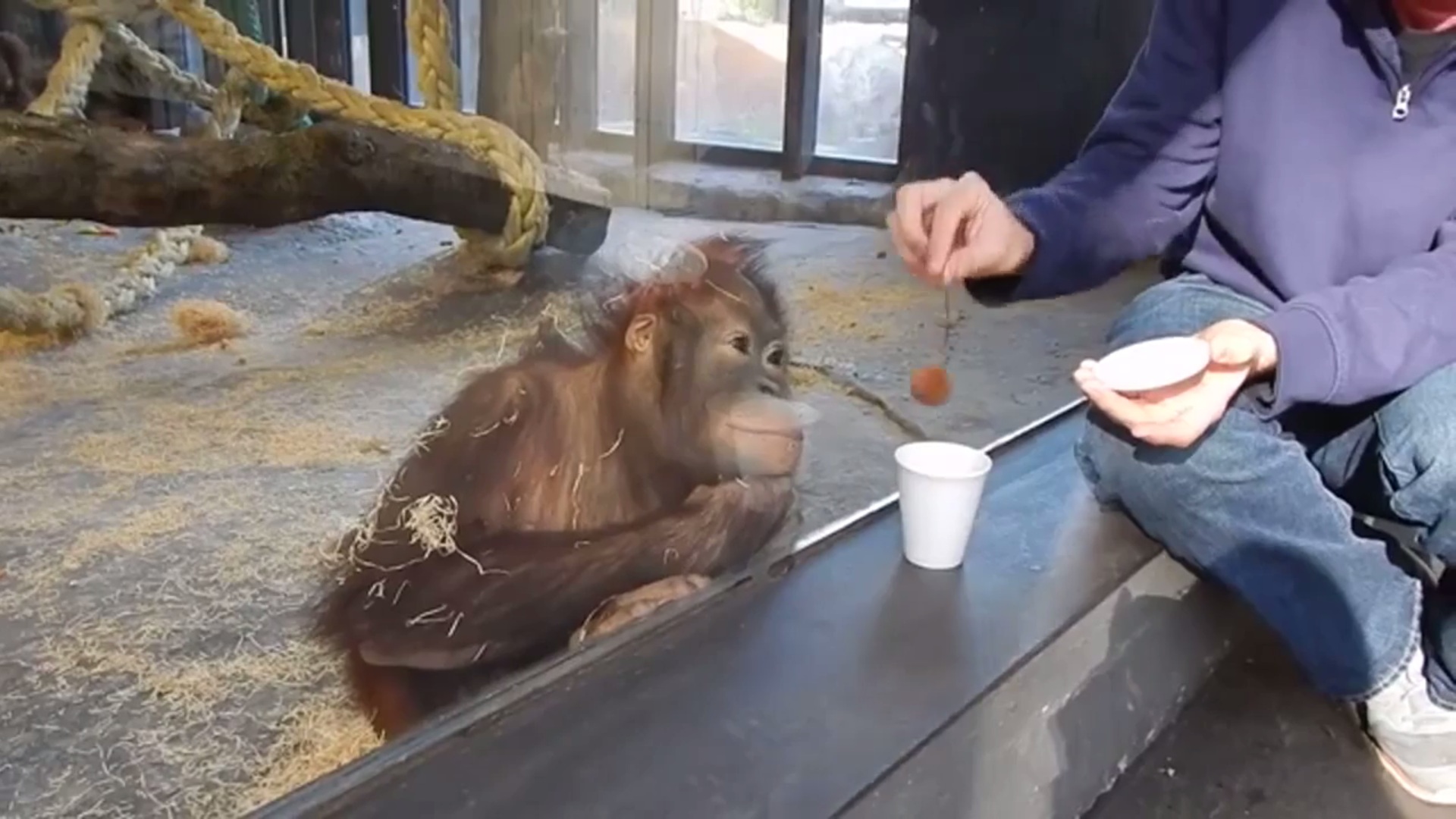 The orangutan watched the man with a keen facial expression on its face.

The man covered the cup and started to shake the cup up and down.

Without the orangutan noticing, the man skillfully and quickly empties the cup. 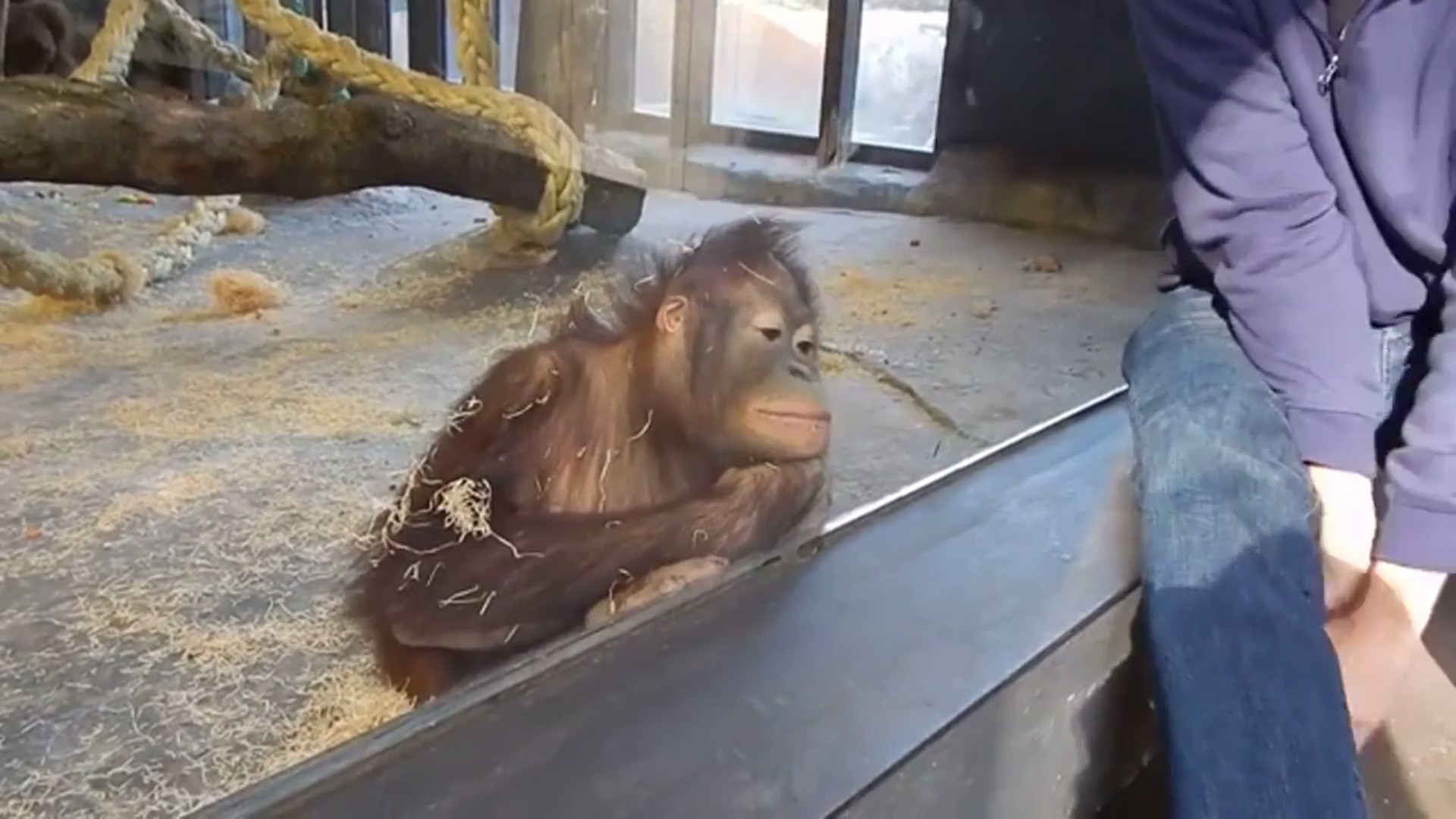 He presented the now-covered cup to the orangutan, and removes the cover to show that it’s empty.

The orangutan, who thought that it had been paying close attention, was at first bewildered when he saw the empty cup.

He immediately launched into hysterics when he realized that the cup was indeed empty and the chestnut had disappeared. 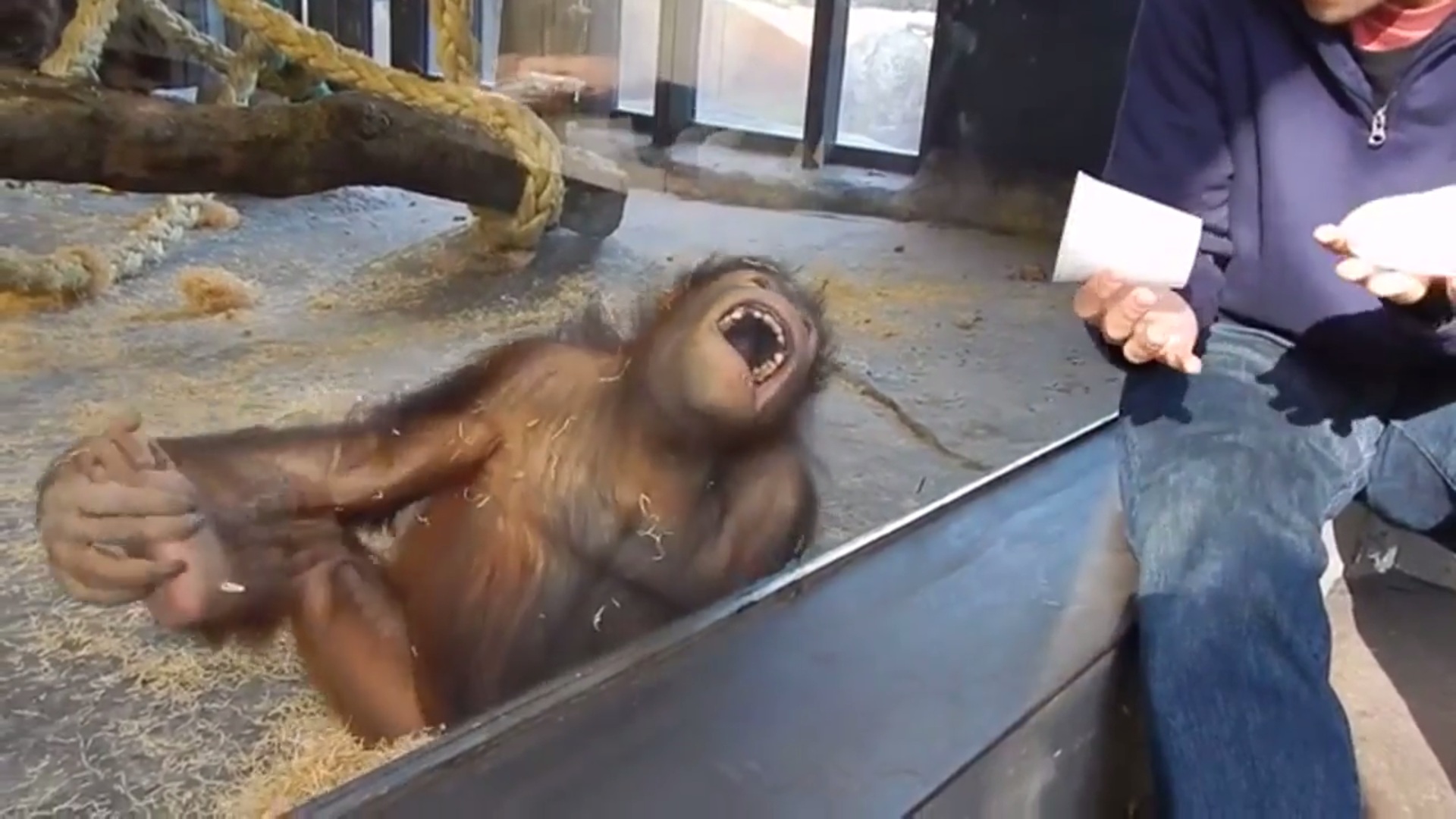 He threw up his hands and fell to the ground. He started rolling around with a huge smile on his face, laughing uncontrollably. 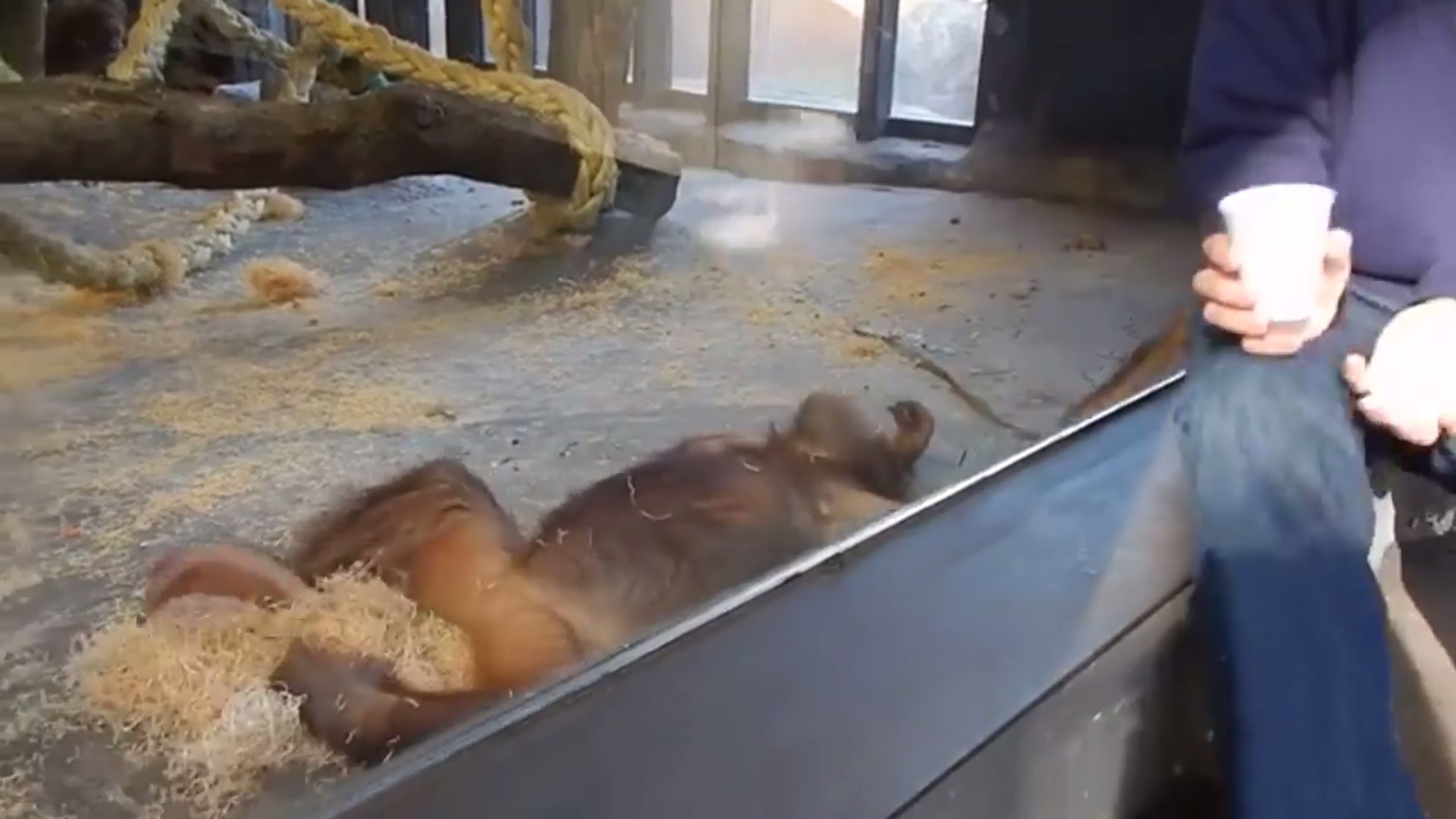 The video ends with the orangutan rolling around laughing, as the man that showed him the magic trick giggles while watching the orangutan’s behavior.