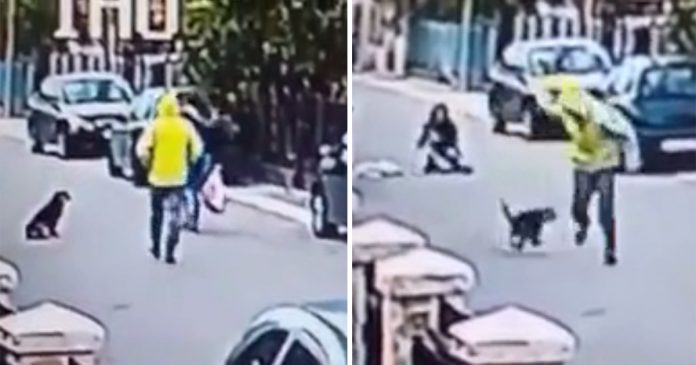 It’s a known fact that dogs make exceptionally good partners. They are loyal and brave, making them the perfect guards for homes and elite members of the police squad.

They do not need to be trained when it comes to protection. They are naturally brave and can sense when danger is near. This means that untrained stray dogs have this inclination as well.

In a footage from a camera placed in front of a house in a neighborhood, a stray dog is seen sitting on the ground. A woman carrying lots of shopping bags is also seen walking down the street.

A man in a yellow coat seems to be following the woman. As he moves closer to her, the dog stands up.

The camera zooms in on the man and woman, who are closer together. 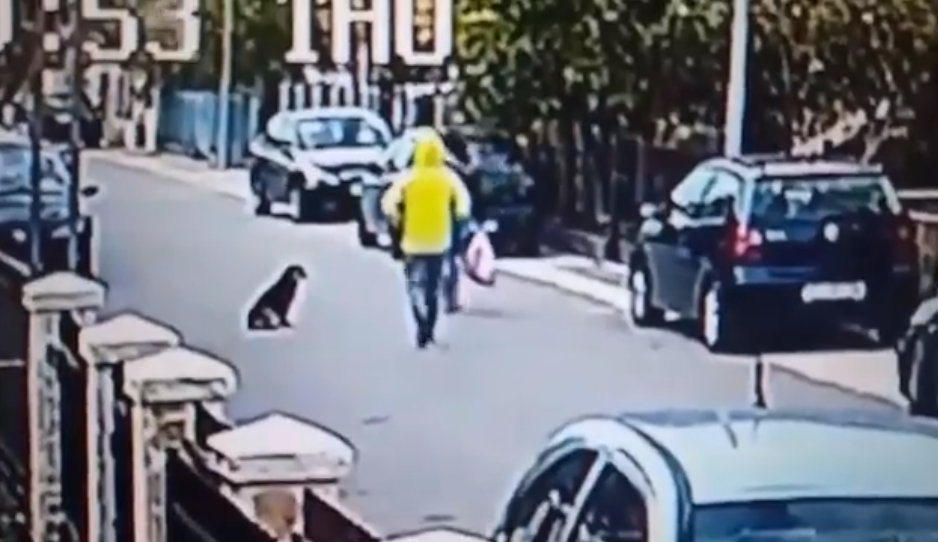 Without warning, the man yanked the woman’s handbag from her hand, causing her to stagger and fall sideways. The woman tried to keep a strong grip on her handbag, but the man was far too strong.

The dog immediately launched into an attack and bit the man. The man was shocked and became scared.

He let go of the woman’s handbag and ran for his life, leaving the woman alone. 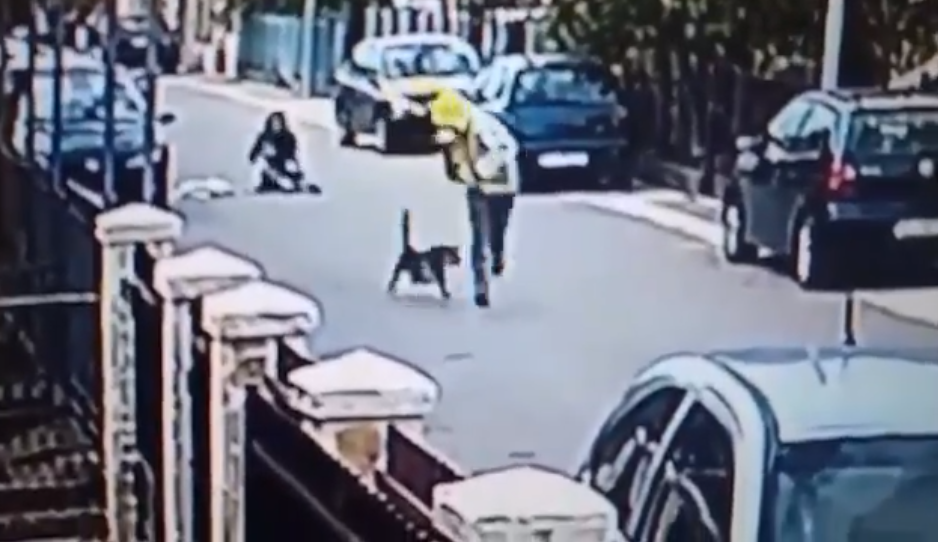 The woman then stood up, completely in shock. The dog attacked the man again to make sure he leaves for good before circling his way back to the woman he saved.

Netizens who watched this video has praised the dog as a hero, and a few people have expressed willingness to give this brave dog a warm home.