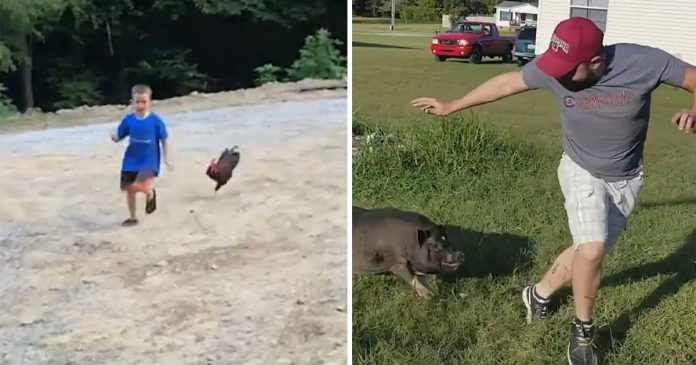 Animals can be categorized into various groups but humans are the ones that govern them and care for them, especially when it comes to pets and farm animals.

The following video captures various footage of humans being chased, knocked over and hit by their own pets and farm animals.

The video starts with a teenage boy getting chased by a donkey. Watching him run up and down the hill to avoid the donkey will definitely leave you in stitches!

Next footage is of a young boy being chased by a cockerel.

This animal moves extremely fast, and he’s not holding back from pecking at the boy while giving him a good chase. 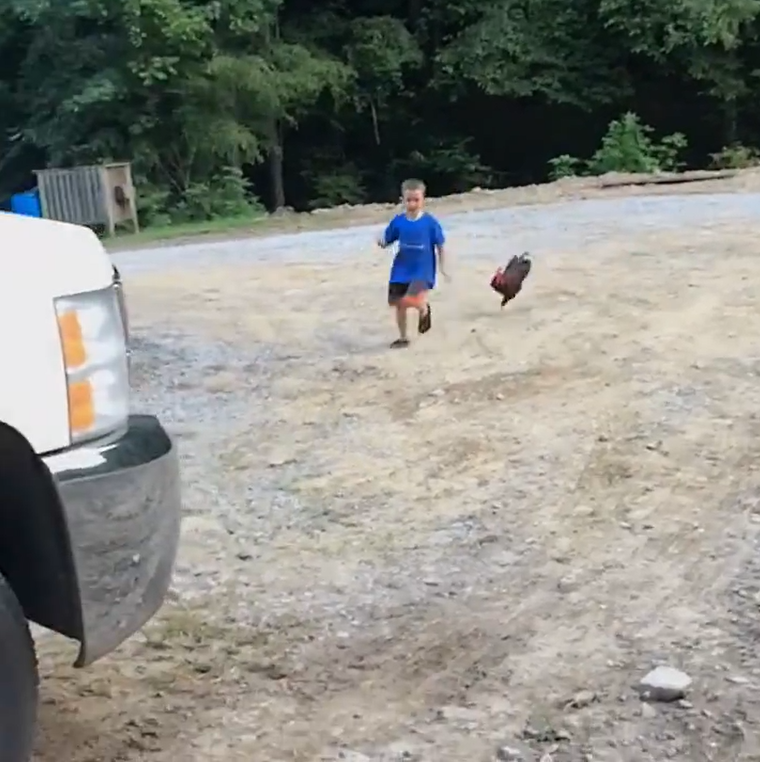 A man is being chased until he fell into a pond! The animal that scared him gracefully moved away after the man fell while looking all satisfied. The man looked so embarrassed after that. 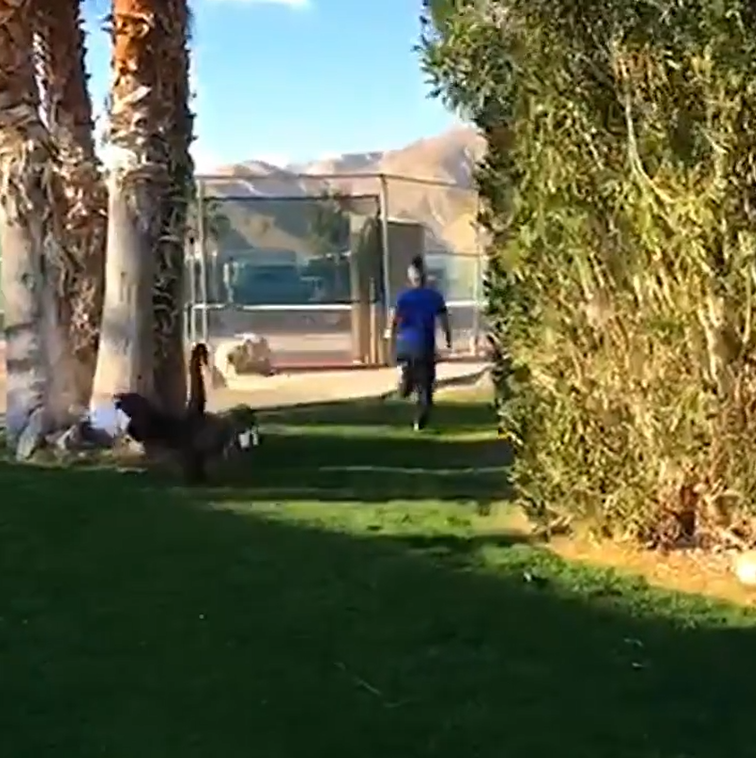 The boy was standing at the edge of the water at first, but the swan chased him until they were almost up a hill.

An adorable young girl is holding an empty container, but she’s shocked when a huge cockerel is coming towards her expecting to get food.

It’s hilarious to watch the big cockerel moving slowly towards her to get his food, while she’s almost on the ground from being too scared. 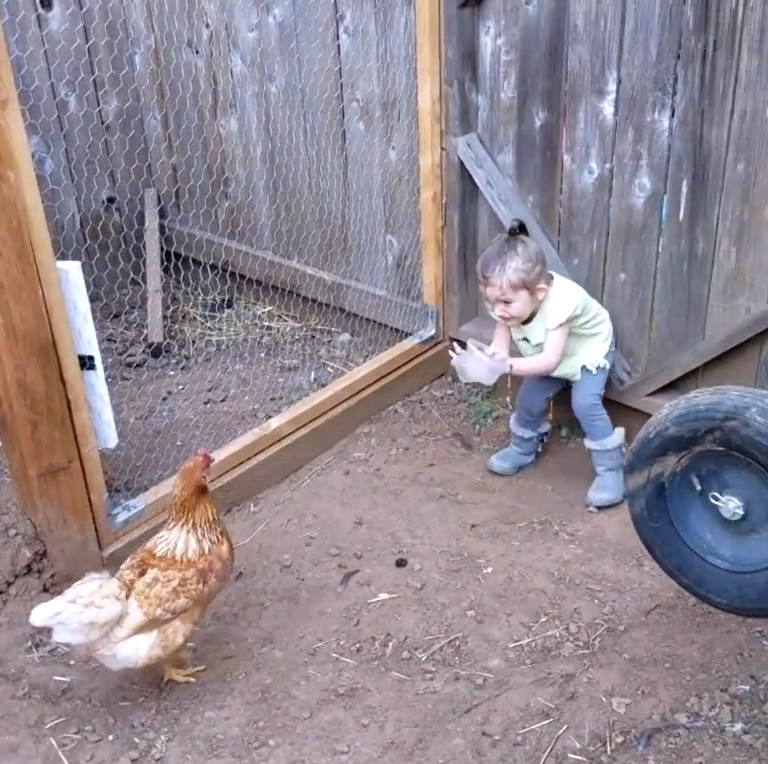 A man is also caught on camera being chased wildly by a large, black boar.

It looked downright funny as he has to run a great distance to avoid from being attacked by the angry boar! 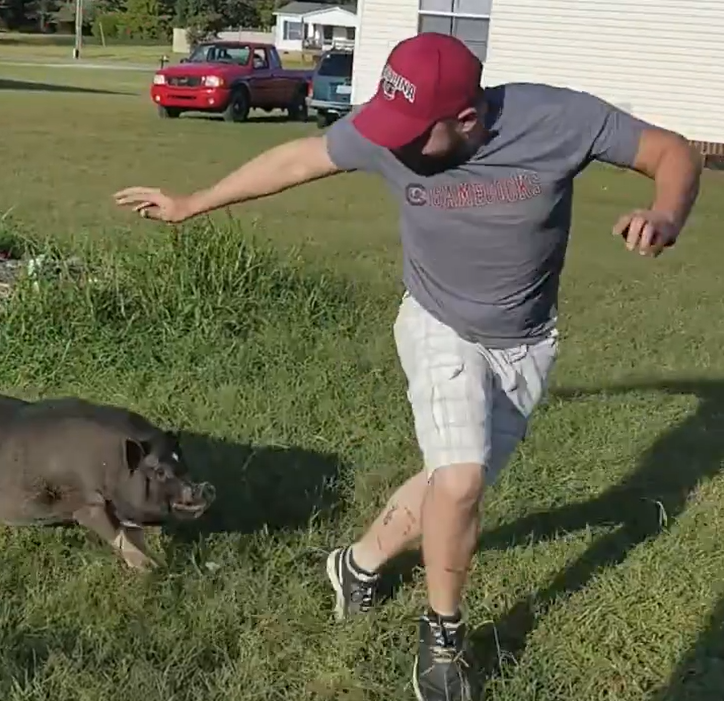 Animals don’t usually launch an attack unless they are provoked, so it’s best not to kick or hit animals to avoid making them angry and aggressive!