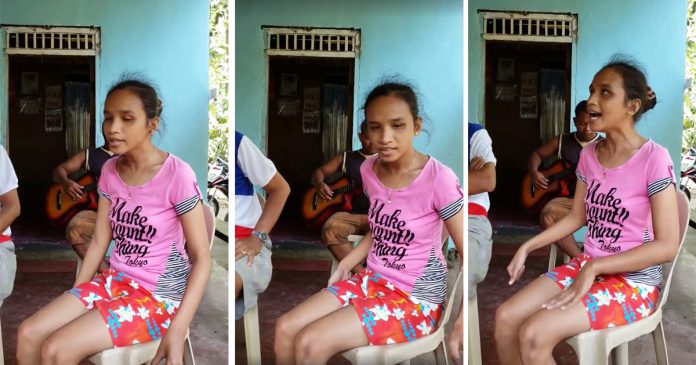 Elsie Balawing may not be able to see like other normal people but she is gifted with an extraordinary vocal like the world-famous diva, Whitney Houston.

In spite of never attended school and lives in a rural fishing village in the Phillippines, the blind woman can sing perfect renditions of popular numbers from Whitney Houston and Ed Sheeran.

This includes her singing in perfect English although she is not able to speak the language.

Through her impeccable hearing and astonishing vocal, Elsie taught herself the lyrics of the popular songs and mimicked the style of the original singers 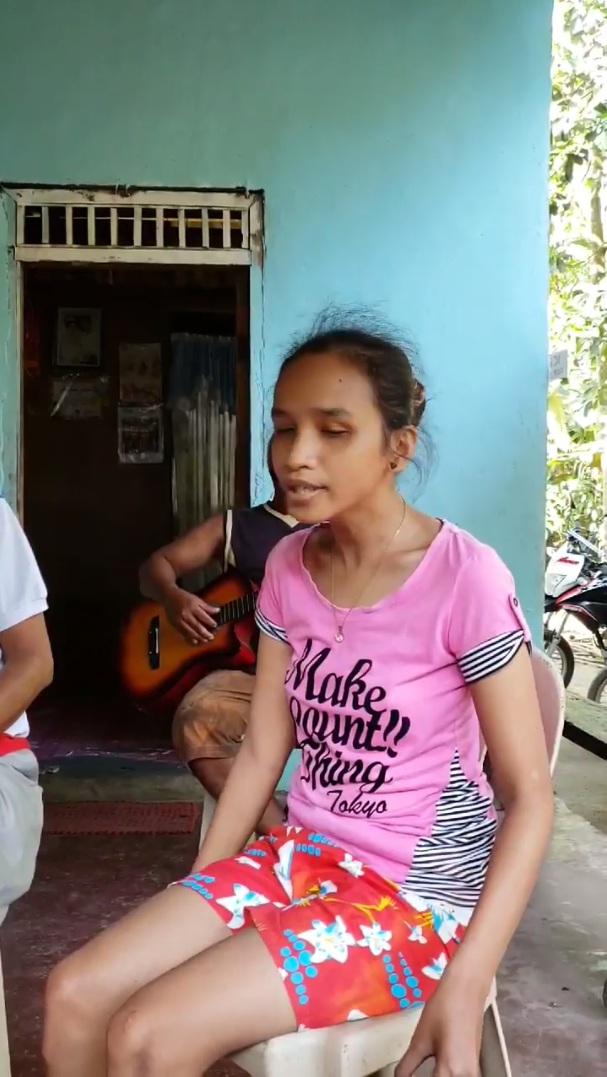 In the video that has gone wildly viral on the internet, Elsie can be seen performing an impressive rendition of Dolly Parton’s classic number which is made famous by the late Whitney Houston, “I Will Always Love You” 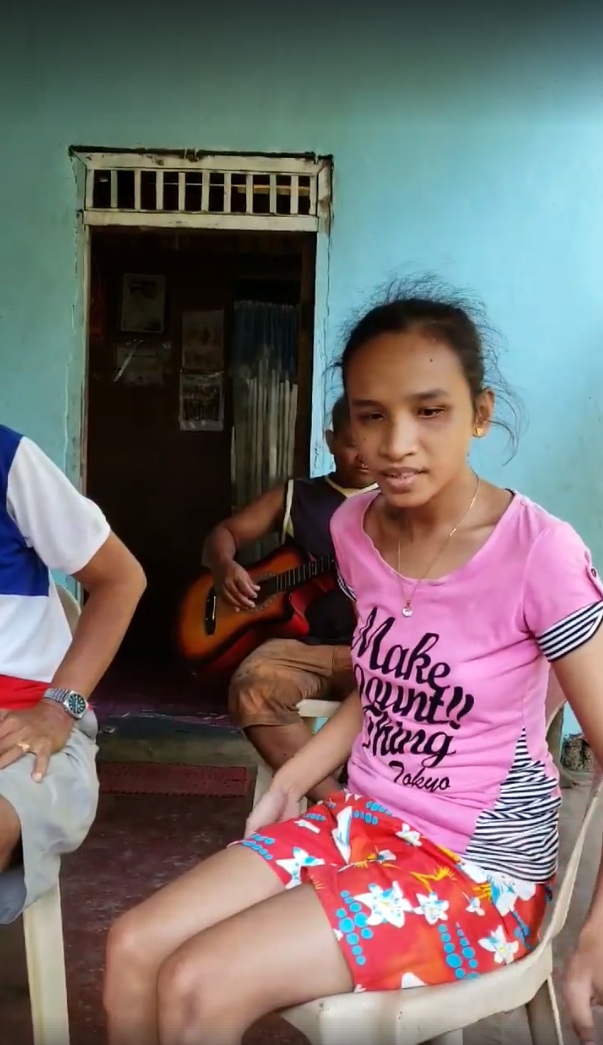 Proving how great her voice is the total number of views of the video which has quickly surpassed 19 million views after three weeks it was first posted on Facebook.

Dressed casually in her bright pink t-shirt and red shorts, Elsie sings the popular song with her perfect pitch 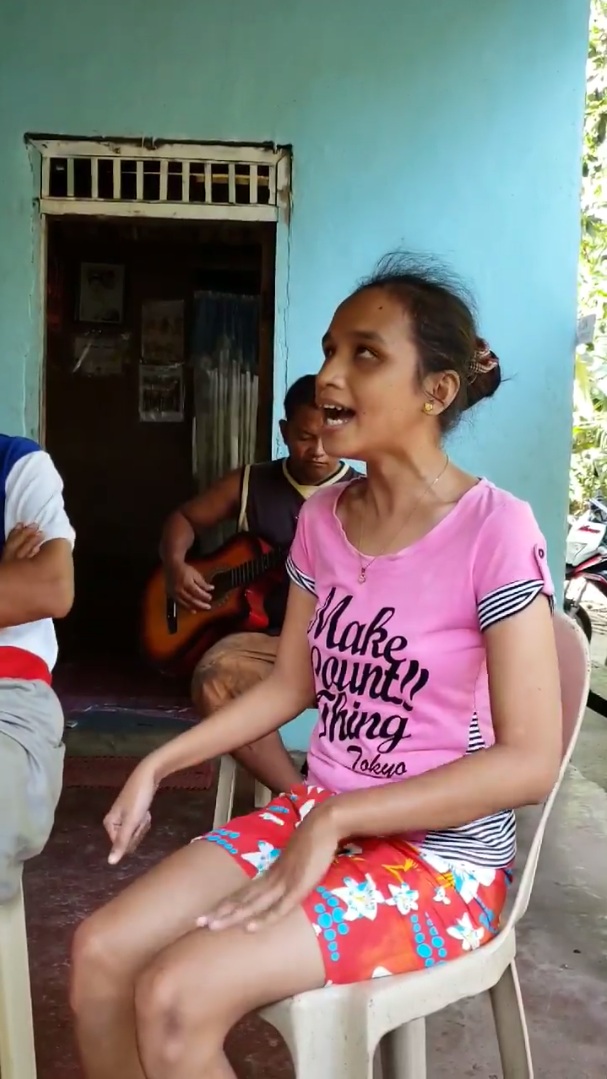 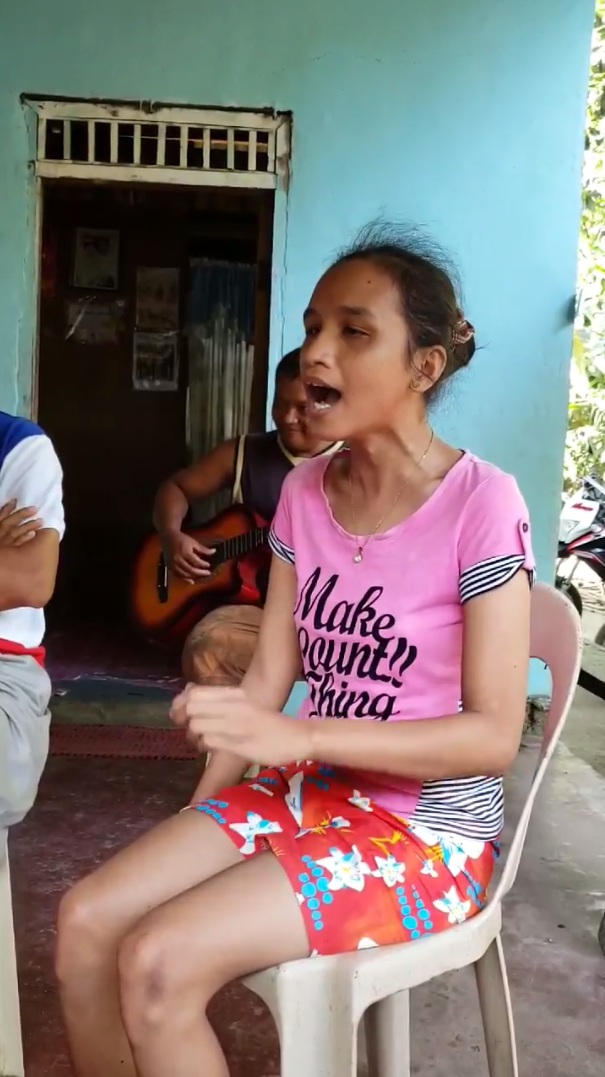 Elise also performs other songs like “Perfect” by Ed Sheeran and “Just Give Me A Reason” by Pink in the videos posted by Darrell Burnett on his Facebook.