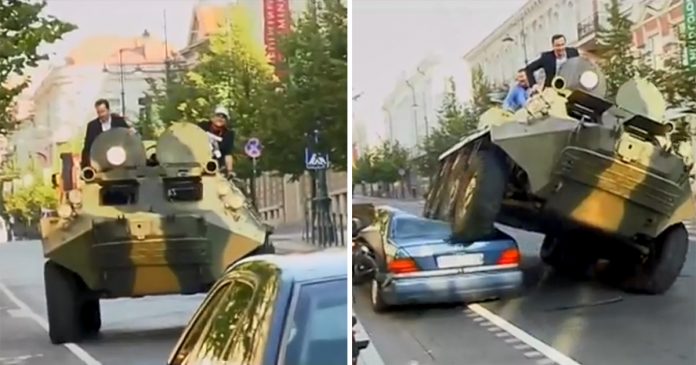 Illegal parking is one of the most common traffic laws that is frequently violated by many people and it seems that imposing fines no longer can stop some people from doing so.

However, Mayor Arturas Zuokas of Vilnius, the capital of Lithuania has a stern message to anyone who violates the traffic law—by crushing their car with no mercy.

Equipped with a Soviet-era armored tank, the mayor drove through the roadside with the illegally parked vehicle 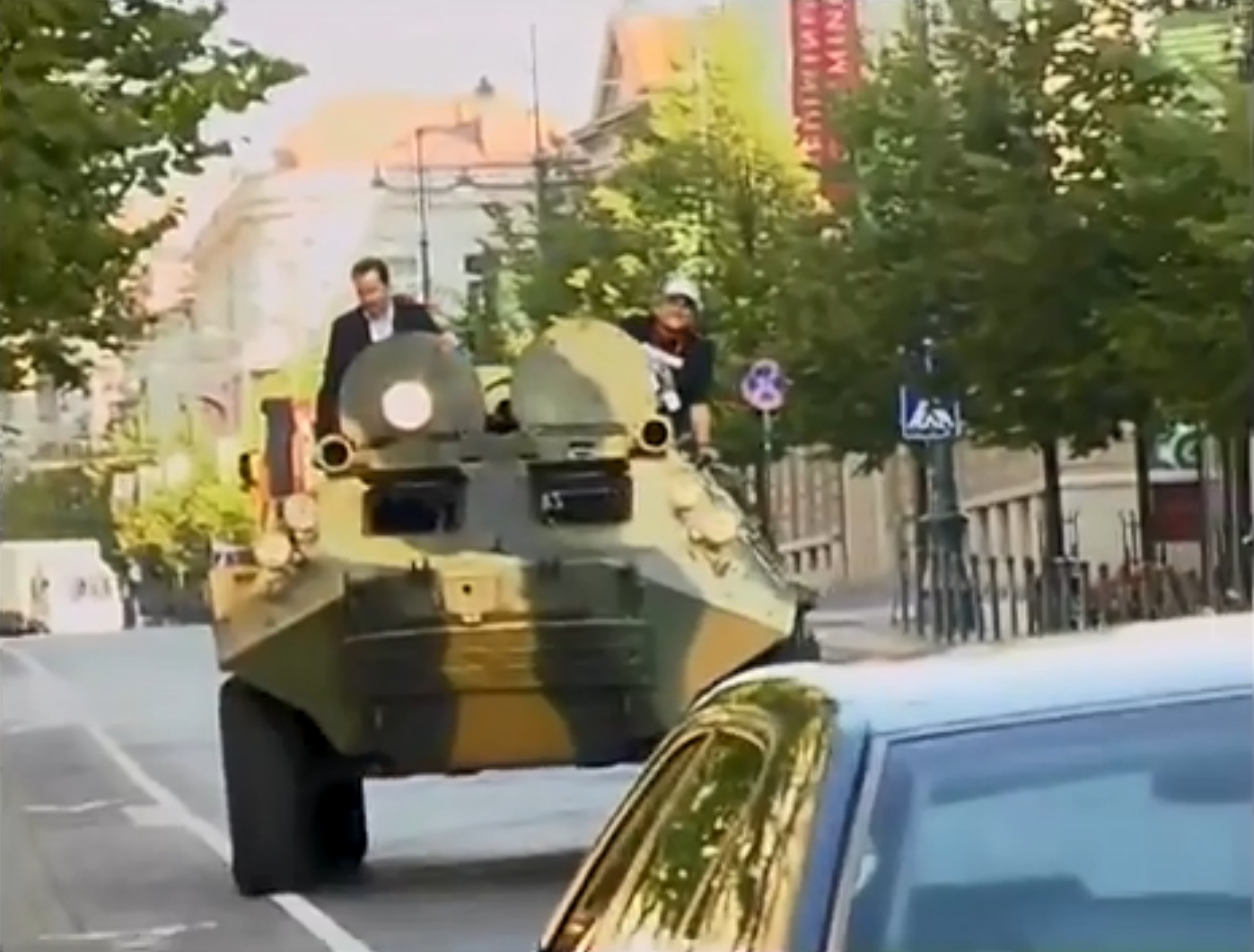 Mayor Arturas seemed to be delighted when he crushed a Mercedes Benz that has illegally parked at the cycle lane with the eight-wheeled tank.

Accompanied with his two other officers, the mayor introduced his zero-tolerance policy of illegal parking in a very peculiar fashion 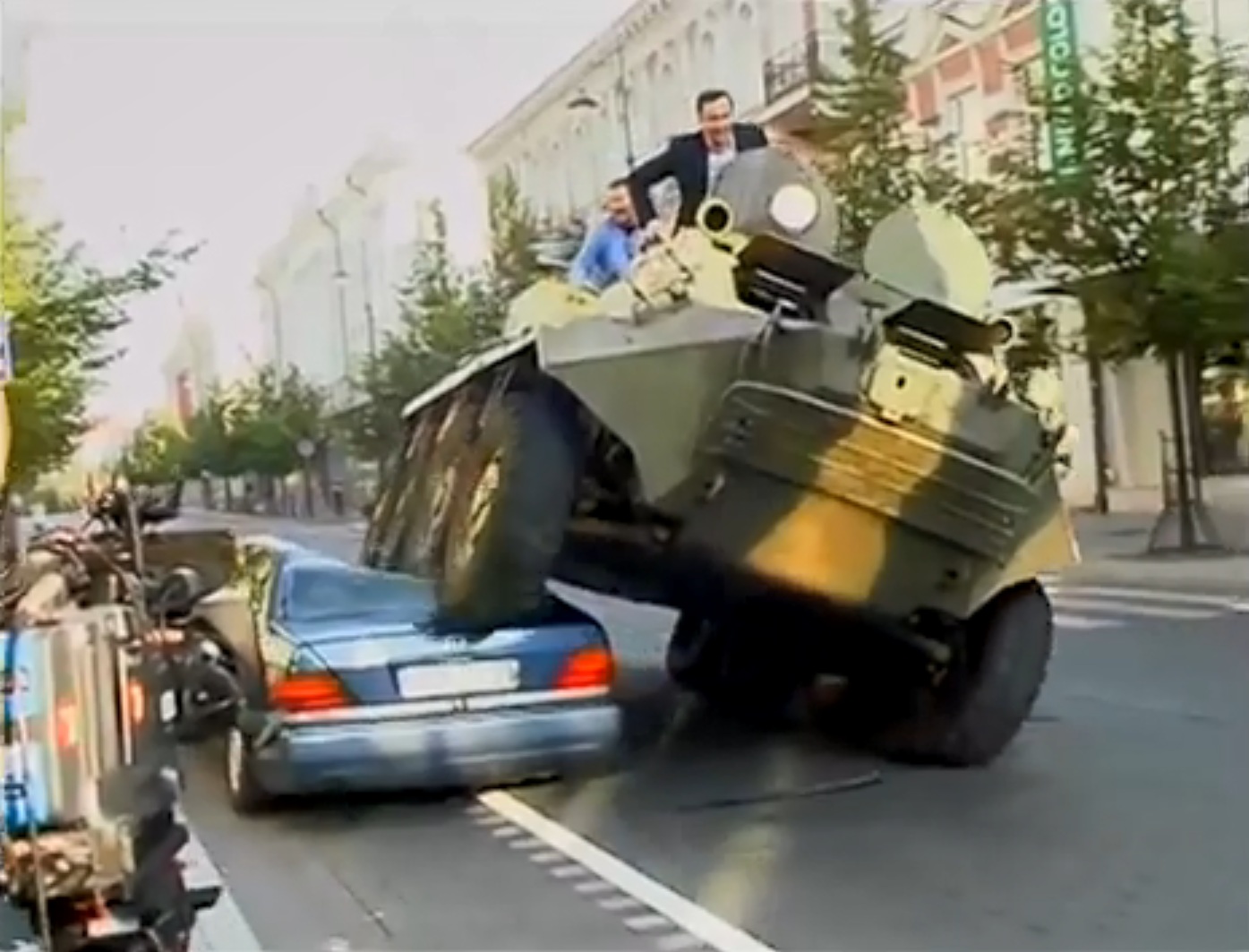 He has not made any prior announcements about the punishment before he crushed the illegally parked vehicles. 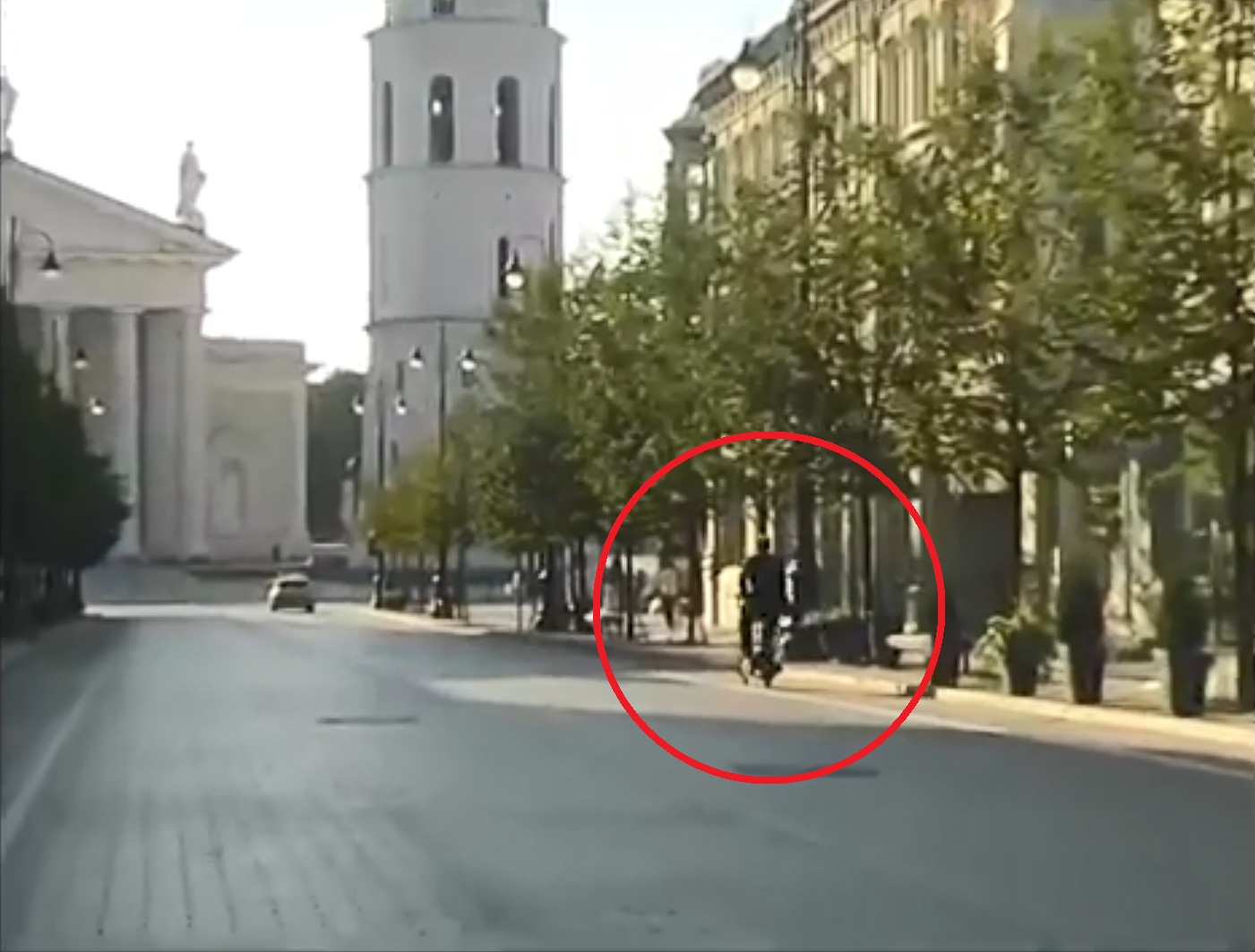 His stern message has definitely shocked the public. However, a spokeswoman from his office later made a statement that it was only a publicity stunt created to raise awareness about illegal parking in the capital.

The spokeswoman also stated that cars that have been crushed in the stunt were specially bought and they were not vehicles of any unsuspecting motorists.

Taiwanese magician blows the judges away with an impressive illusion trick...