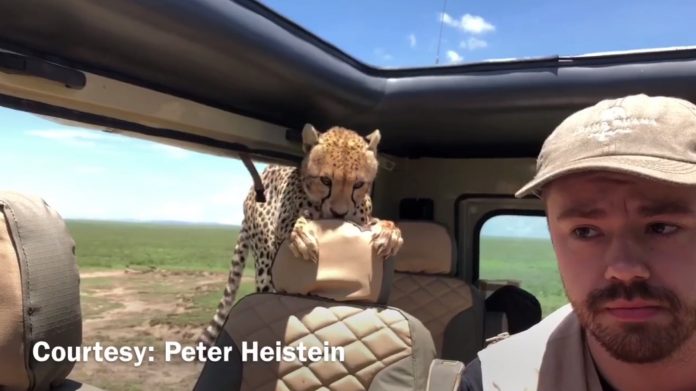 This wildlife photographer has spent many years taking photos of wild animals in the safari but he had never been near them in less than just a few meters away until this incident happened.

Peter Heistein was driving through Serengeti National Park in Tanzania with his step-nephew, Briton Hayes when a cheetah decided to jump on the back seat of his vehicle.

“A cheetah decided to explore our vehicle on a safari I was leading for Grand Ruaha Safaris,” Heistein wrote on the caption of his Instagram post 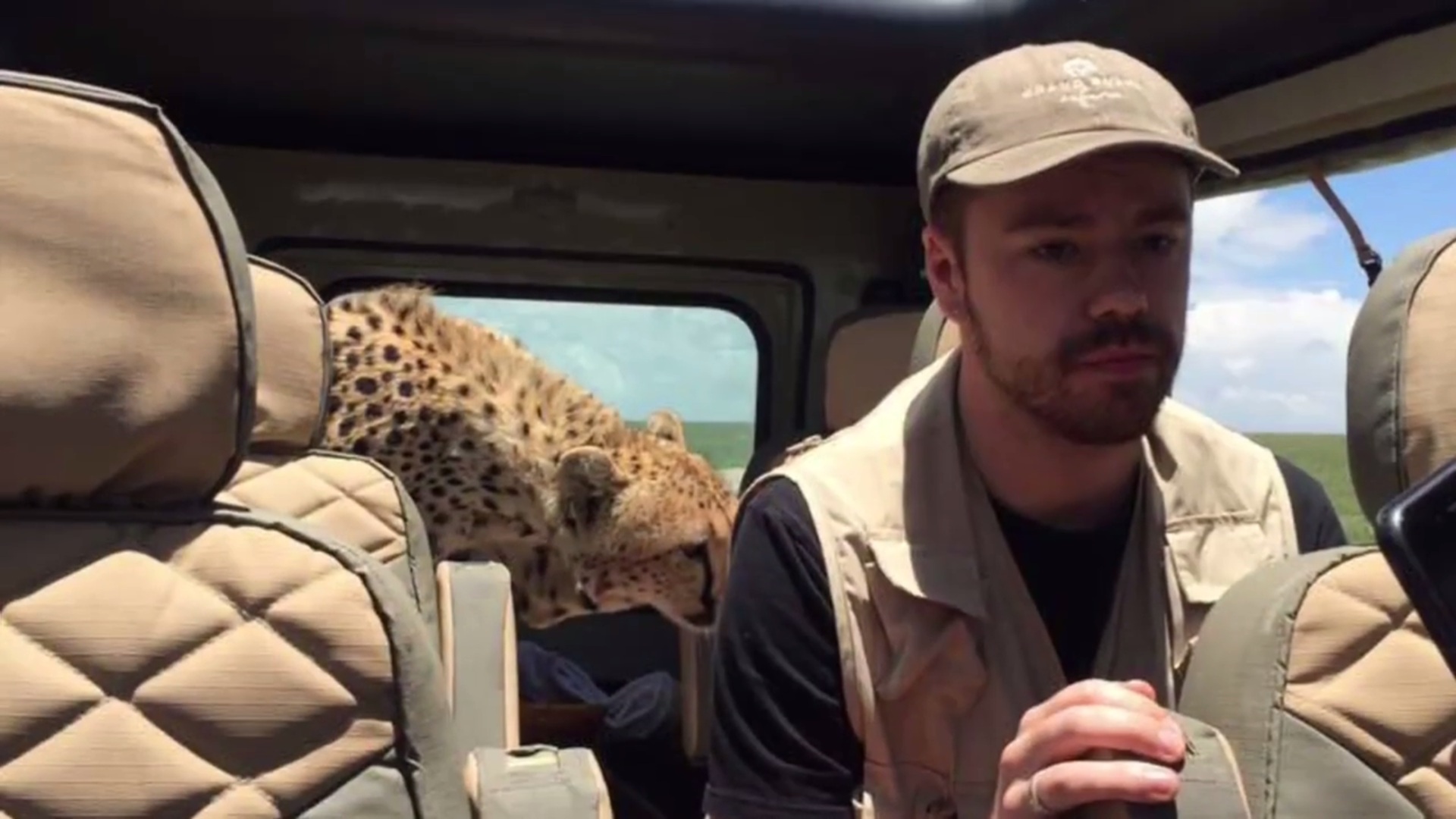 Apparently, another cheetah later joined in the adventure as it jumped on the vehicle’s hood and stared at Heistein through the windshield 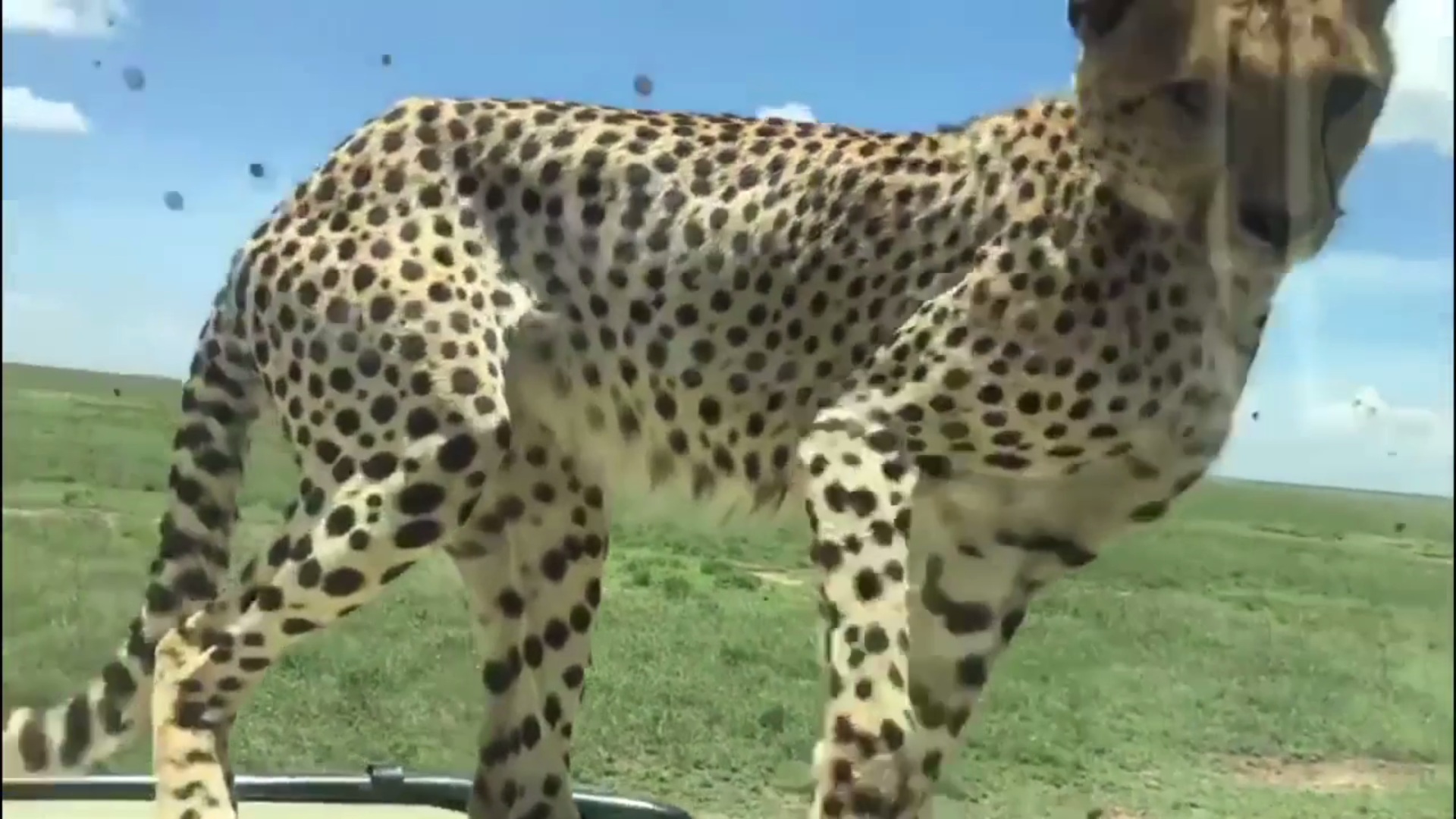 Even though the hair-raising experience was definitely unexpected, Heistein said that he and his team members managed to stay calm and still until the cheetahs left the vehicle.

Nevertheless, the thrilling experience was not easy for Heistein to dismiss as they had to sit still for more than 10 minutes 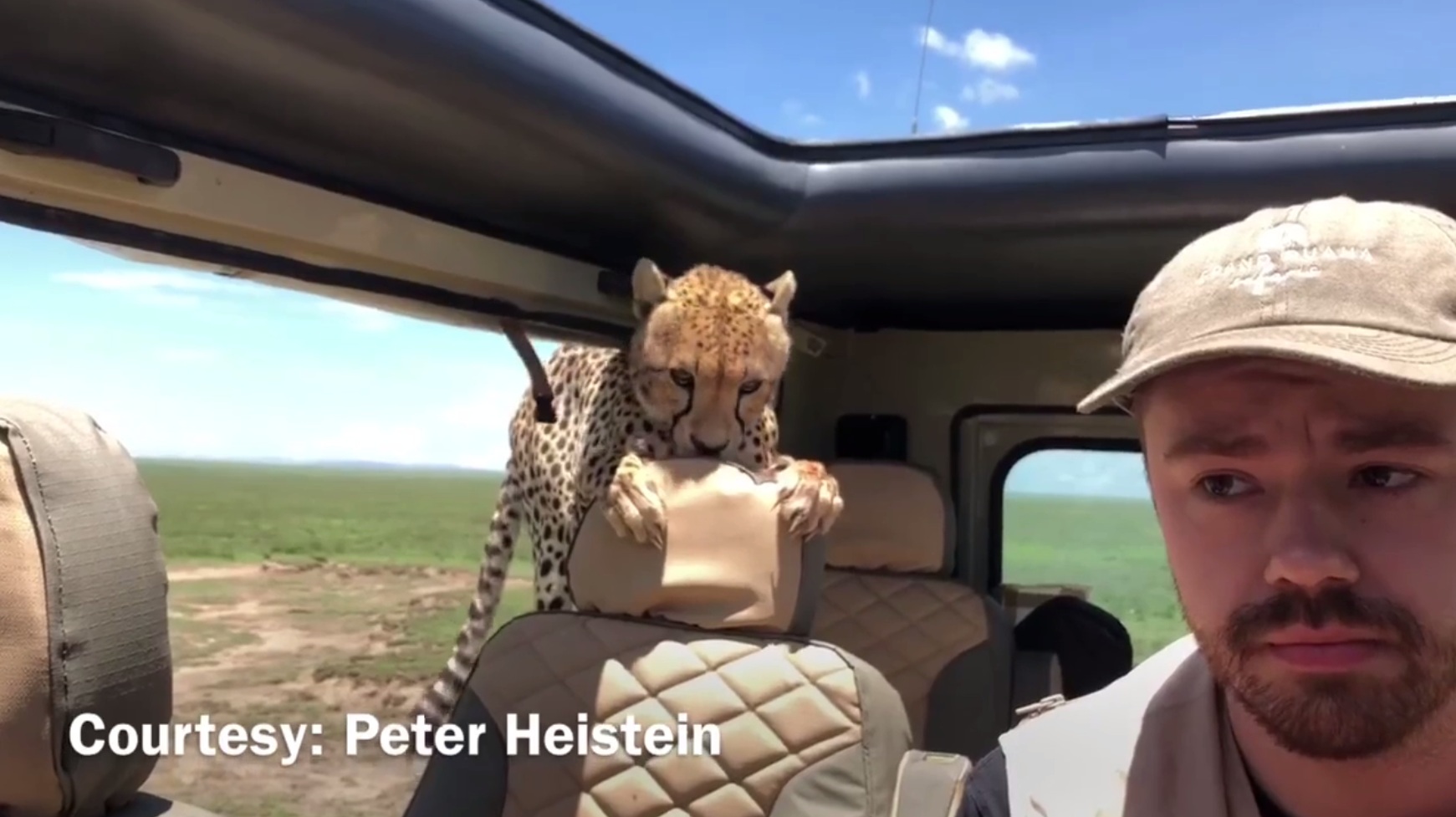 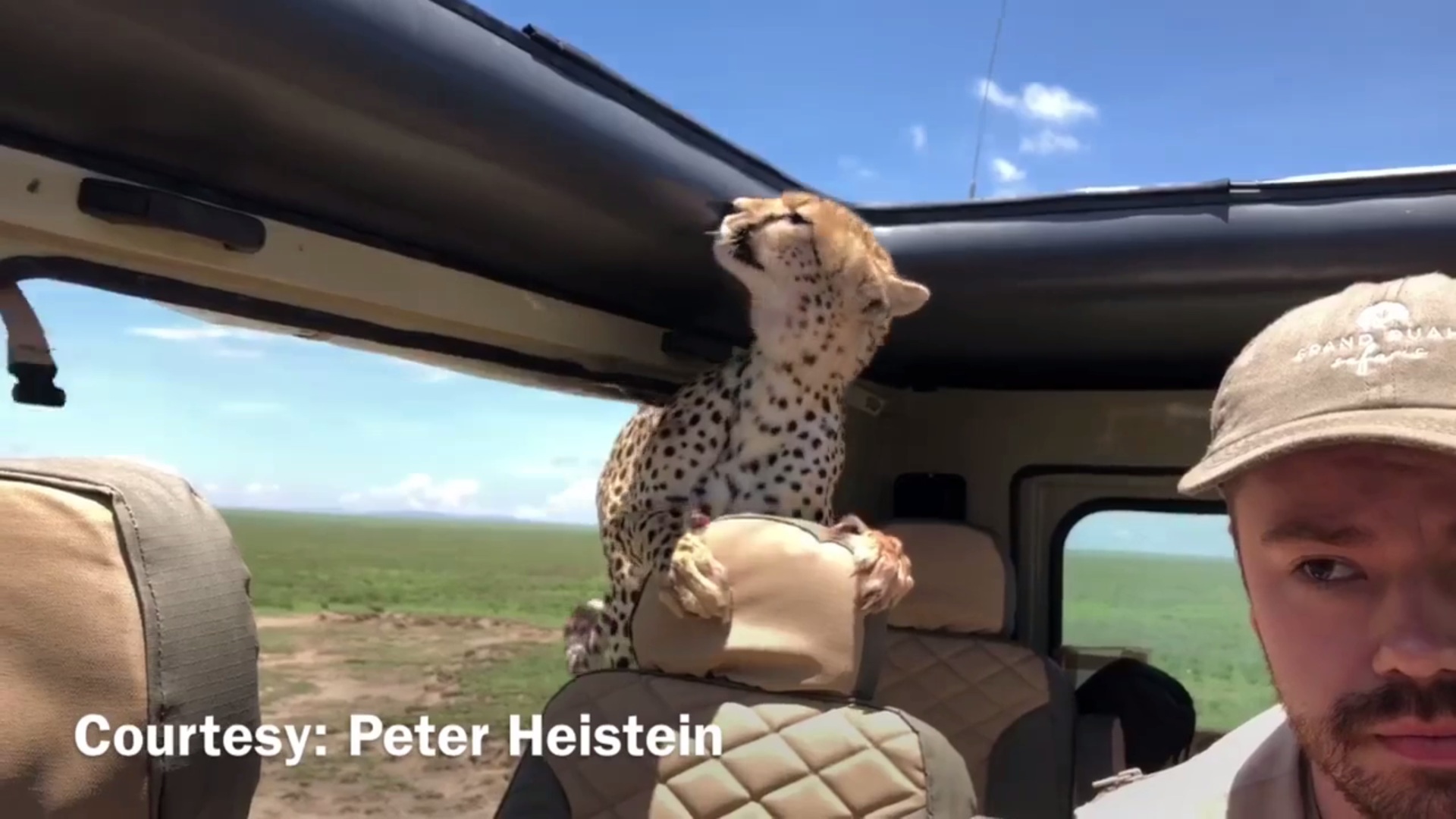 Fortunately, the wild animals later became distracted by a passing gazelle and jumped off the vehicle to chase after their meal.