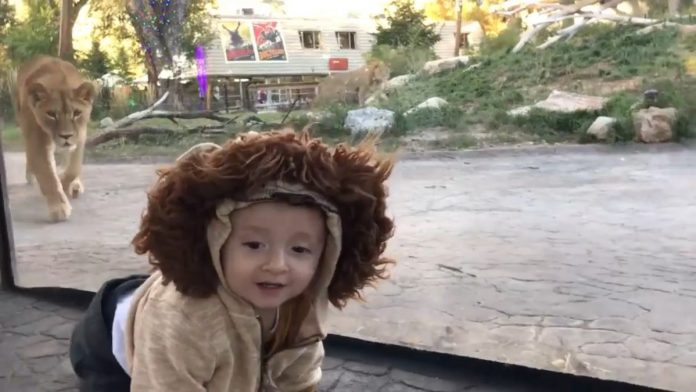 A mother dressed her adorable toddler in a sweater with a furry hood for the baby’s first meeting with some of the kings of the jungle at Zoo Utah, Salt Lake City.

However, she never thought that the furry hooded sweatshirt would get two lionesses to confuse her toddler with their cub!

In a video posted by the mother, two lionesses can be seen teasing each other in their captivity while the toddler is seen crawling next to the glass pane in a furry hooded sweatshirt 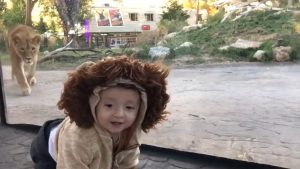 A moment later, one of the two lionesses noticed the toddler from afar and she quickly runs to meet the toddler face-to-face.

Separated by a thick glass pane, the lioness looks both confused and intrigued with the toddler’s appearance 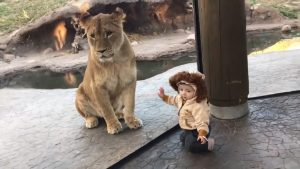 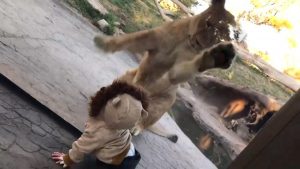 Meanwhile, the toddler’s mother can be heard laughing with delight as the adorable scene unfolds before her.