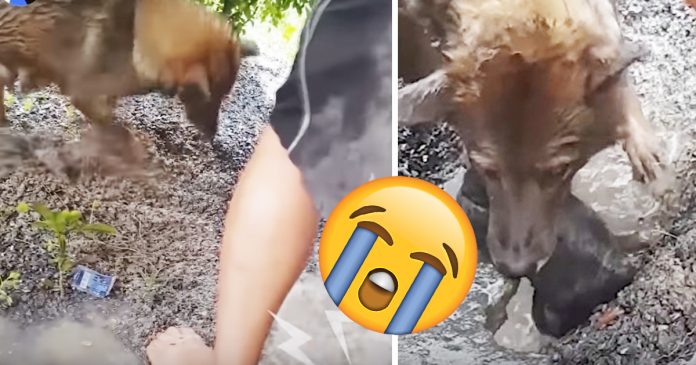 A mother’s love knows no boundaries and is not reserved for human beings only. When this mother dog found out her puppies were trapped in a hole filled with water, she did everything she could.

The mother dog can be seen desperately trying to rescue her puppies in time before all of them were drowned.

It was raining heavily the moment before the incident occurred. Unfortunately, the puppies accidentally fell into the hole during the rainstorm. As soon as she realised her children were trapped, the frantic mother started digging the hole wide open.

The nerve-racking scene sees water kept coming out of the hole but there was still no sign of her puppies.

Thinking that they might drown soon, the mother did the bravest thing she could think of—she went into the hole to rescue her puppies 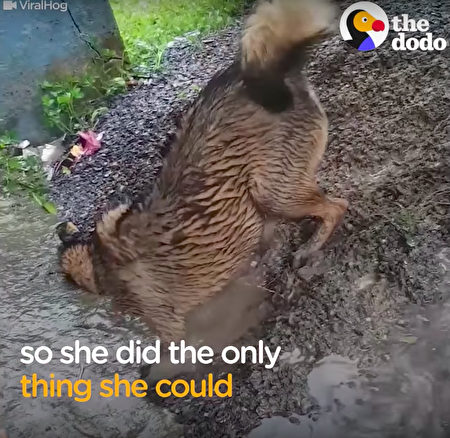 Thankfully, she managed to rescue all of them and brought them to safety. However, one of her puppies was not breathing 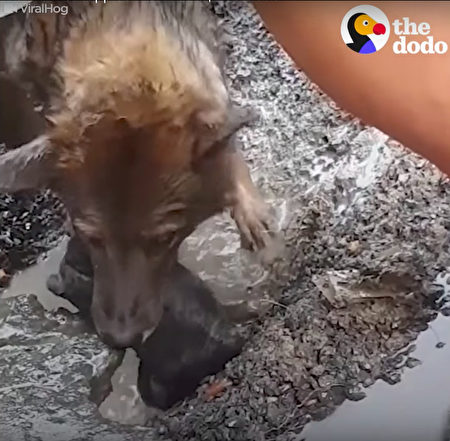 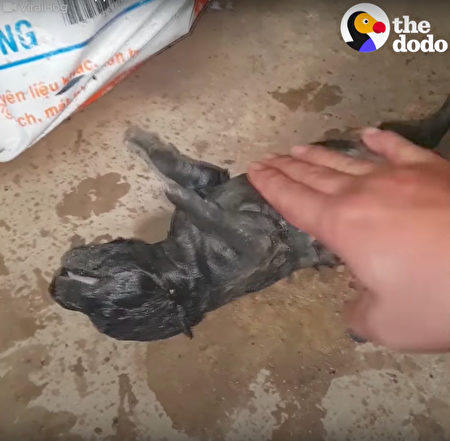 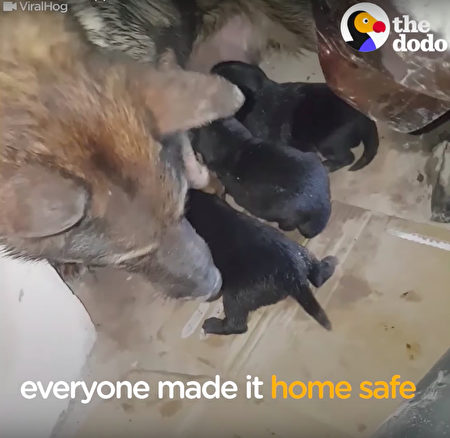 The amazing display of a mother’s love and compassion in the clip has touched many people as the video quickly made rounds on the internet.

Many were impressed by the mother’s willingness and courage to go into the hole and sacrificed her life to rescue her puppies.