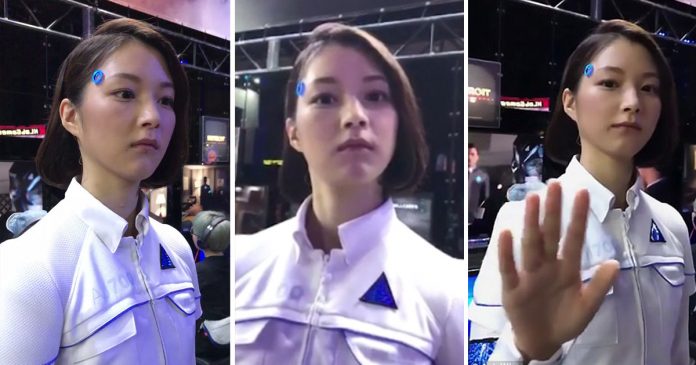 Fierce debate about whether or not an android is actually a robot or a human has broken out among the viewers as a super realistic android made its first appearance at Tokyo’s Game Show. 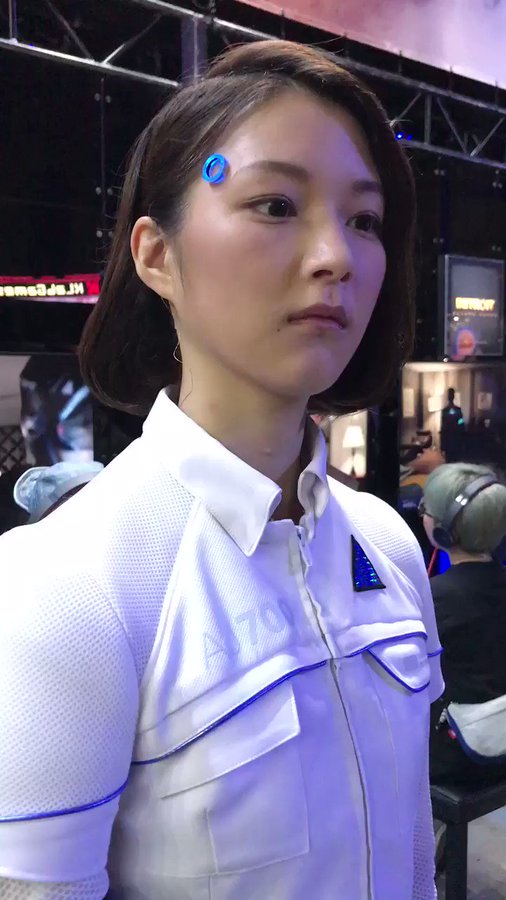 She was not alone, accompanied by several of her android friends of the same kind. The androids stood at the booth of Detroit: Become Human, the latest video game from French firm Quantic Dream published by Sony Interactive Entertainment.

According to the game, the humanoid robots seen at the booth are state-of-the-art AP700 models, dubbed as “the most reliable android” 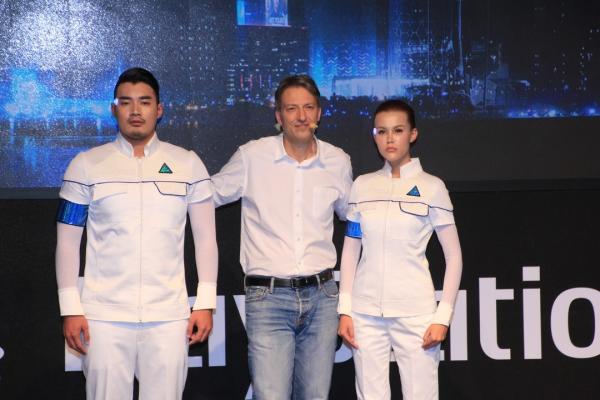 Set for release this year, the game revolves around Kara, a humanoid android who escapes the factory where she was built.

In the viral video, the robot can be seen smiling and waving to the event-goers. 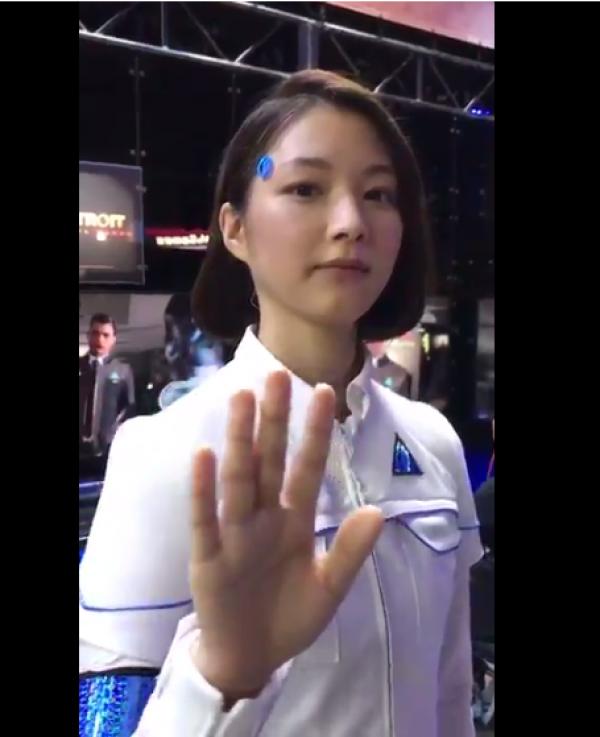 Do you think she is a real android or a human?

As the eerily convincing life-like androids turn heads at the convention, the team behind the game confirmed that the humanoid robots were actually real humans. Actors were hired to mimic the AP700 models featured in the sci-fi game.

“This is a Cyberlife creation impersonated by a real human being,” developer Quantic Dream’s community manager, Alia Chikhdene revealed.