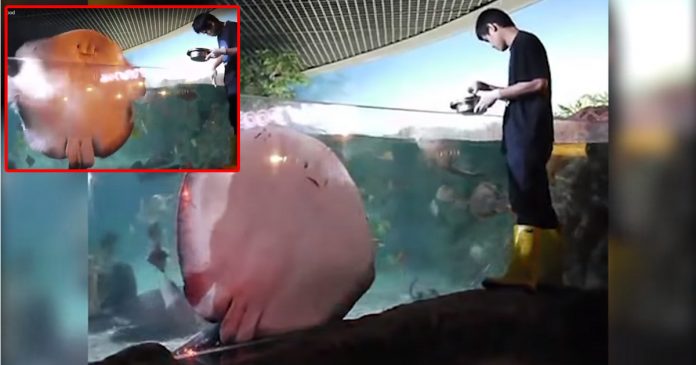 An adorable footage of a hungry stingray leaning off an aquarium’s glass waiting for its turn to get food has swept the internet.

The super huge stingray was apparently hungry as it waited for its caretaker to give it a fish.

However, the caretaker was too busy giving out the fishy snacks to other residents of the aquarium that the large stingray decided to splash some water to ensure that the caretaker did not forget it 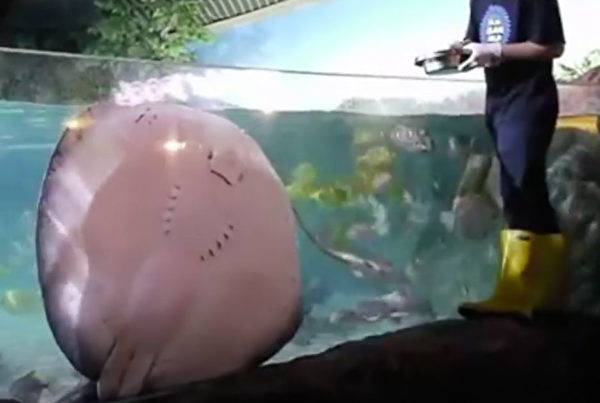 It seems that its trick worked! The caretaker later gave the stingray a small fish and later, it swam away to enjoy its meal 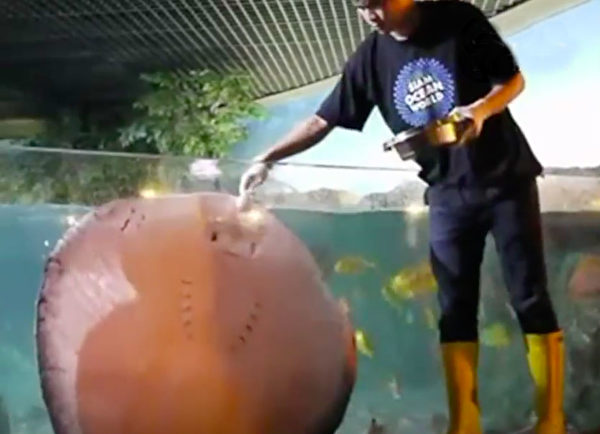 Stingrays rarely behave like dogs but the hungry stingray was more than happy when it got its treat as it happily flapped its fins just like the same way a happy dog wags its tail.

Three sisters are happily dancing with a mascot—then they burst into...