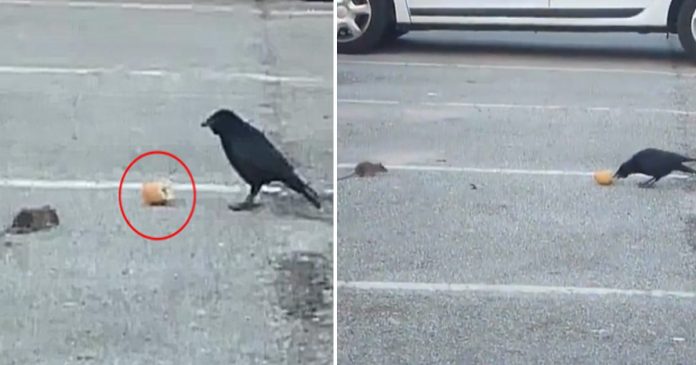 It is not uncommon to see animals being emphatic and affectionate towards their same-species friends but this crow proves that there is no limit when it comes to kindness.

The crow was enjoying a small piece of bread when a little mouse approached it.

The rodent then ran away, seemingly intimidated by the black bird when the crow looked up as it realised the mouse was trying to get near its bread 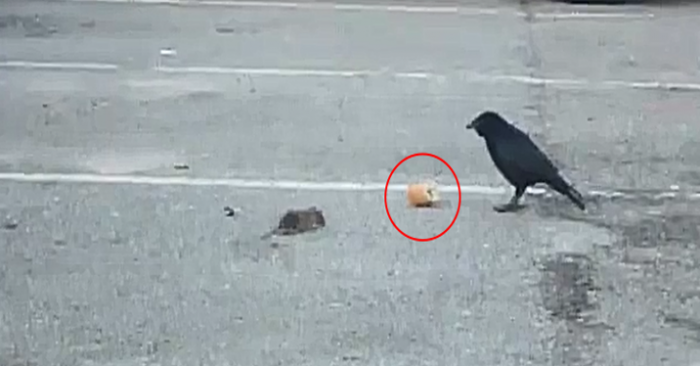 Seeing the mouse became too afraid to get near it, an idea came across the bird’s mind. 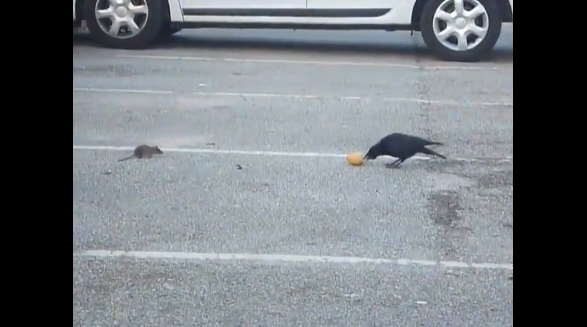 As the mouse was nowhere to be seen, the crow then left the pieces of bread on the same spot and went on to enjoy the remains of the bread 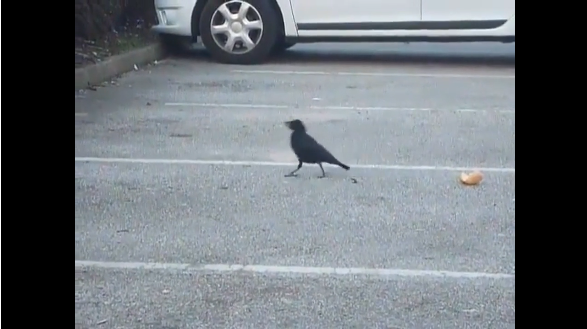 Later, the mouse came back and took the bread that the crow left earlier before speeding off to somewhere else.

They may be from different species but the crow showed to us that we can get more joy when we share and giving out to others.

The mother was filming dad and their daughters at a balcony....