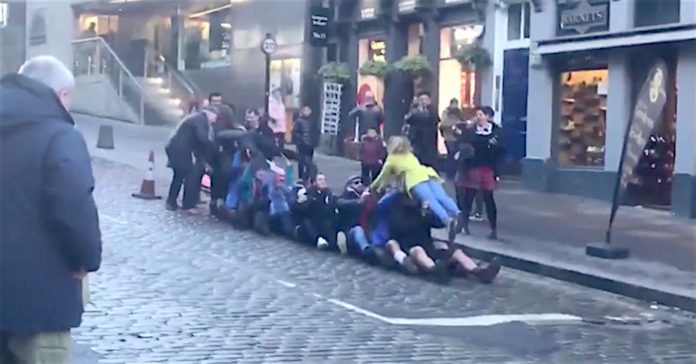 Once in a while you will come across a video on the internet that will make you scratch your head and go “What in the world?” This is one of those videos!

A group of rugby fans were caught on tape in the glorious act of merry-making as they sat in a line waving their hands back and forth while ushering strangers to come at them. They were in the middle of the street and urged people to join them by way of a jumping onto their make-shift crowd-surfing line. 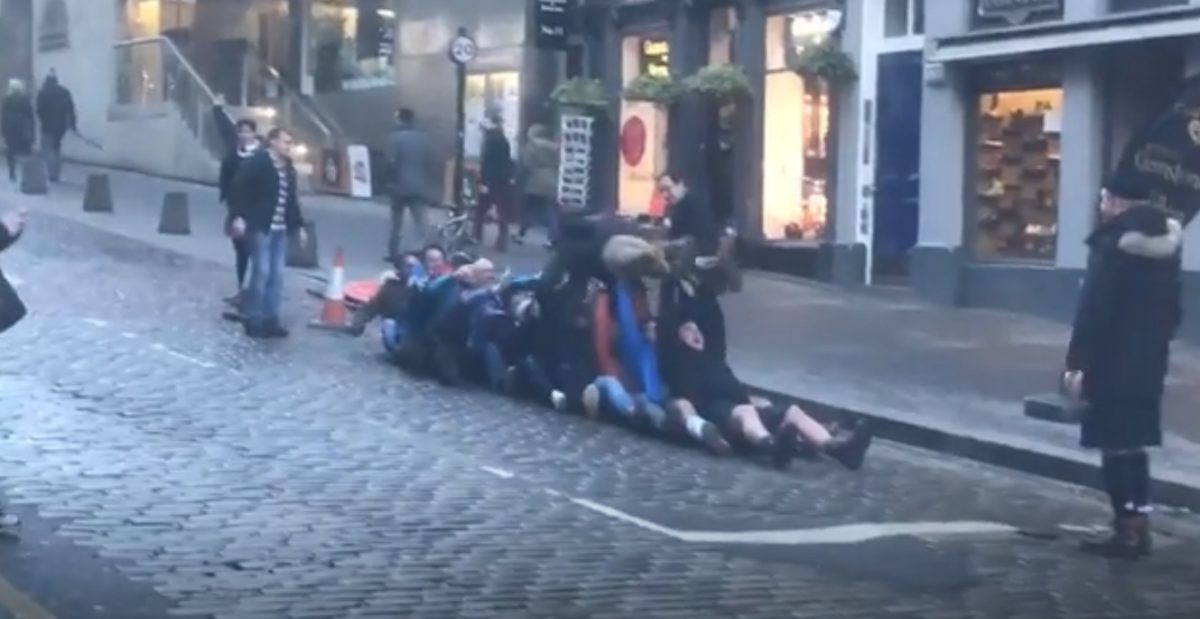 They sat down in single file on the Royal Mile road and welcomed strangers to surf the line, both men and women can be seen excitedly taking up the offer 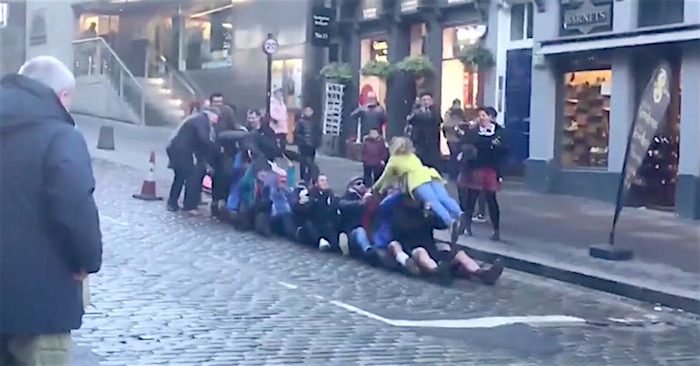 There were people stationed at the end of the line to make sure they participants land on their feet! 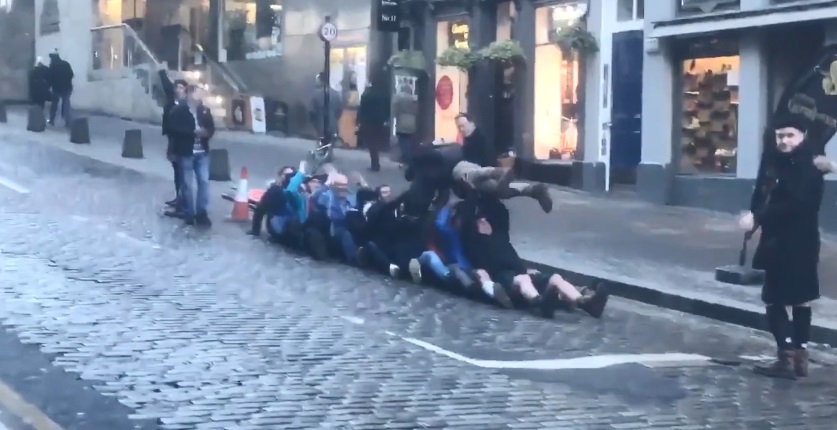 Watch the video which was caught on camera by Napier University employee Mark Pentler below:

Chilling footage of fast-moving lava spreading throughout Hawaii as Kilauea has...

After man finds out he has breast cancer, he urges his...