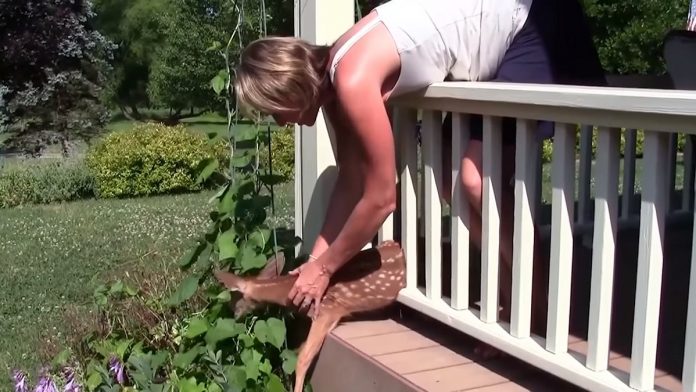 A family from Chester County, Pennsylvania were shocked to see what had gotten itself stuck in between their porch railings when they came outside. A baby deer had wondered onto their porch and somehow found itself in a tight predicament when it got stuck between the gaps in the railings.

The fawn was terribly frightened and anxious when the family attempted to get a closer look. It started shrieking and kicking in fear when the woman in the video tried to help it through the railing by attempting to push it out.

She realized that the baby deer got itself stuck pretty tightly and pushing was not going to help it come free, so she tried to pull the fawn out instead 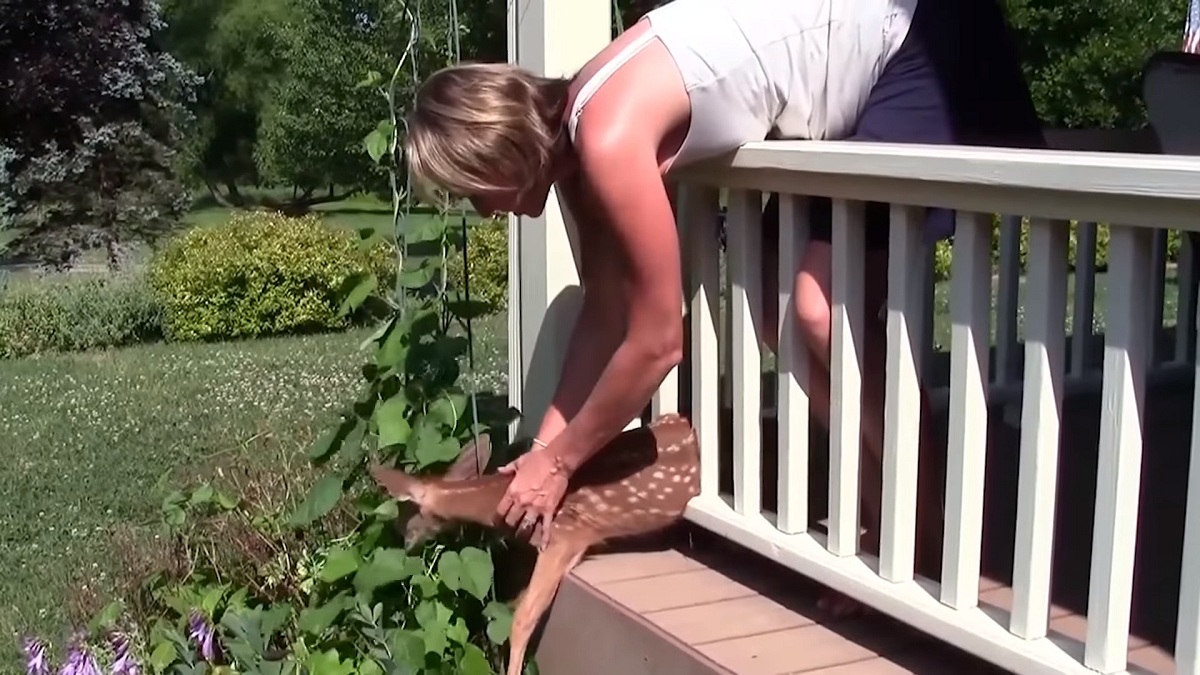 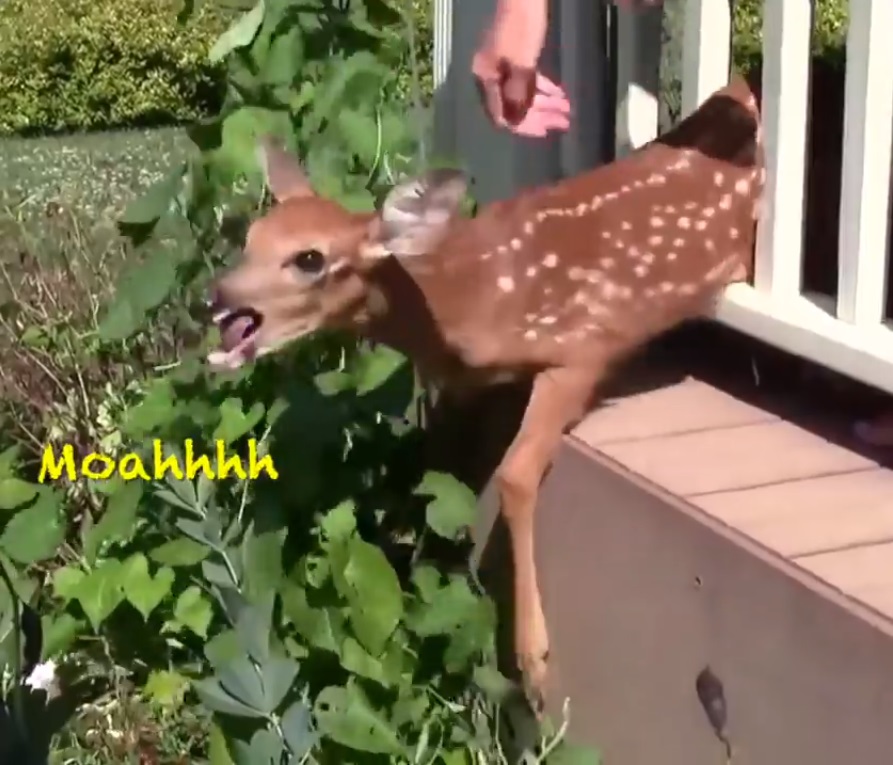 Watch the entire rescue effort below:

Sneaky cat trying to steal chicken drumstick from its owner in...