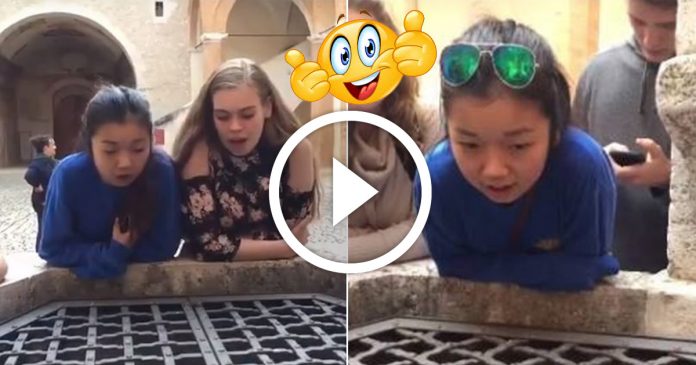 People generally sound better in the shower ,which is the reason why many individuals admit to singing while they have their bath. The acoustics in the shower makes a person’s voice deeper and more resonant than it actually is, thus making them sound a lot better than when they step out of the bathroom.

This 17-year-old girl named Tiffany Ruan who is a junior at Wichita’s Collegiate School, decided to sing Leonard Cohen’s “Hallelujah” into a well in Italy 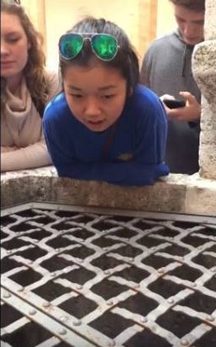 The video shows Tiffany leaning over the old well and singing into it, the incredible acoustics of the well made her voice sound angelic

She also sang with her classmates and together, they showcased incredibly intricate harmonies which made other tourists stop in their tracks in order to appreciate the music

Here is Tiffany singing Hallelujah without the well and she sounds just as stunning!

Twin babies caught red-handed by dad in the midst of a...