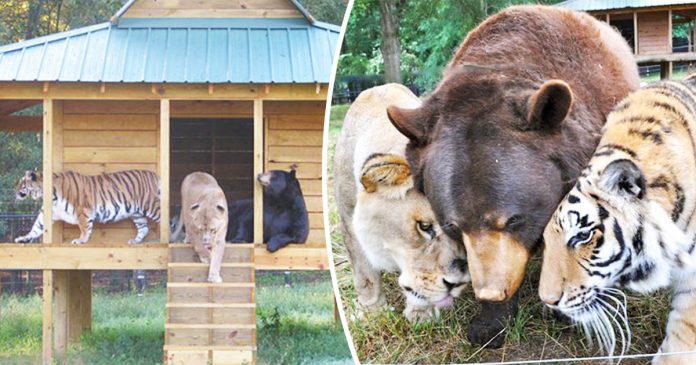 Can you imagine what will happen if you put a bear, a tiger and a lion in the same captivity together? These three furry brothers will show you what happens and it is absolutely surprising.

Baloo, the American black bear shares a house with Leo the lion and Shere Khan the Bengal tiger and the unlikely trio have been living together harmoniously for 15 years.

However, behind their heartwarming friendship, the trio actually have a tragic past. 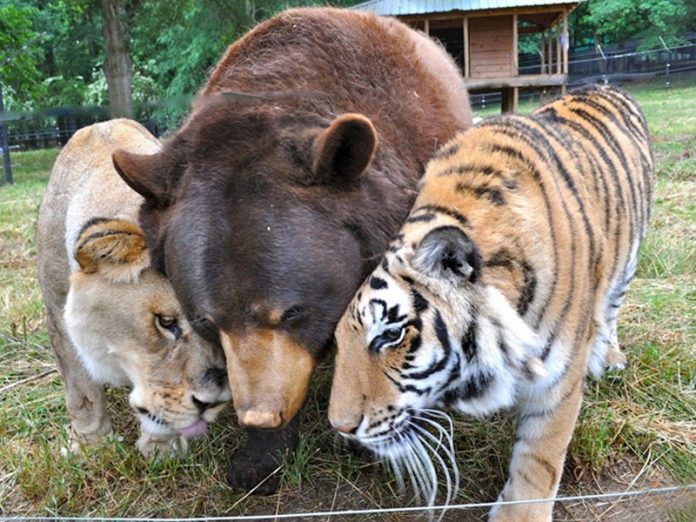 Since they were rescued from the appalling conditions thanks to a drug raid, the trio quickly formed a strong bond between each other at the Noah’s Ark Animal Sanctuary in Locust Grove, Georgia 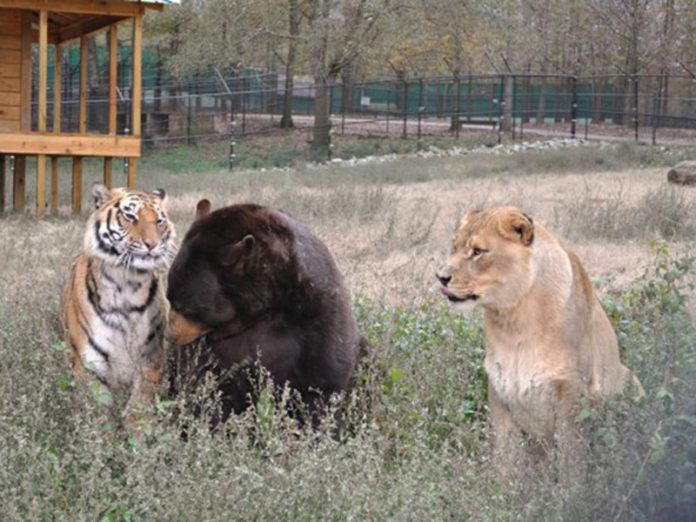 They have been inseparable ever since 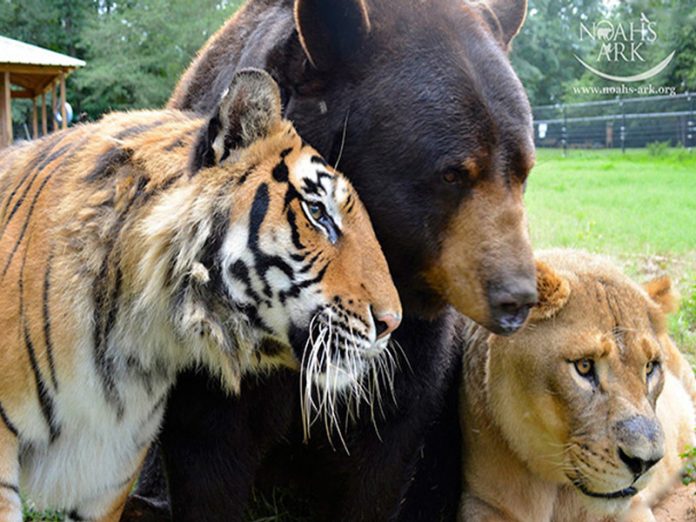 In spite of coming from different species, the trio have never fought, although they enjoy pulling pranks on each other 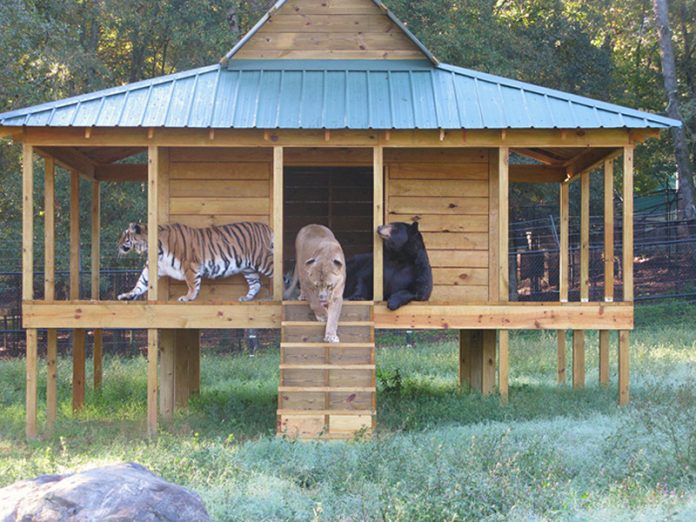 They love to snuggle and eat Leo’s favourite snack, pineapple 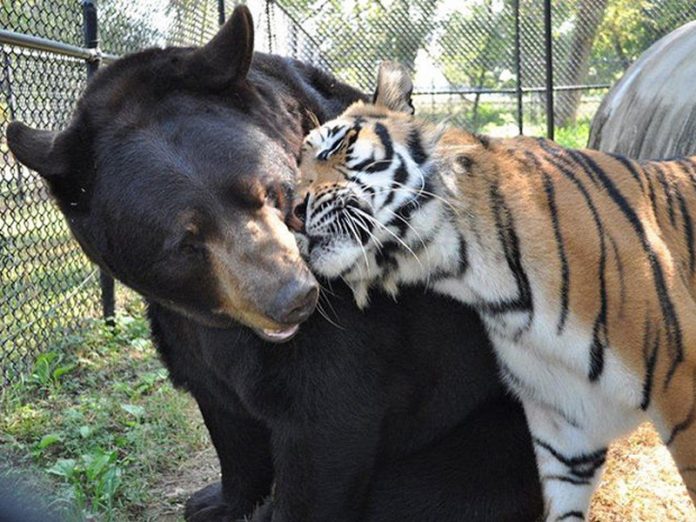 Unfortunately, Leo passed away in September 2016 due to inoperable tumors that had spread across his liver.