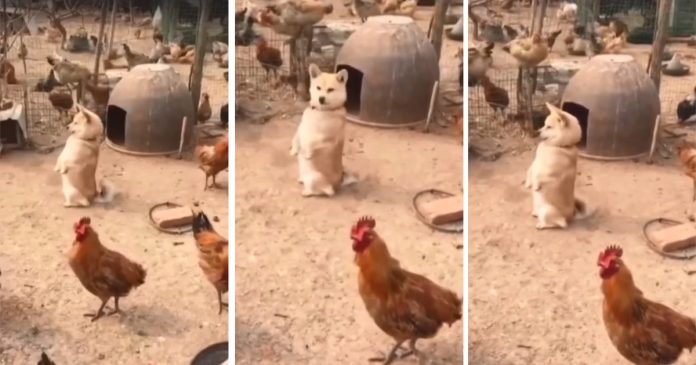 People in the city who decide to adopt a dog will do so for a couple of reasons. They would either get a guard dog in order to look after their home or they would get lap dogs so the family can pamper them. This family who lives in a rural village situated in the province of Shaanxi, China owns a farm.

They have a dog as well but instead of pampering it or expecting it to guard the house, their pooch acts like an extra caretaker who looks after their other animals. The Shiba Inu they own looks like it enjoys the responsibility and embraces it’s role as caretaker. 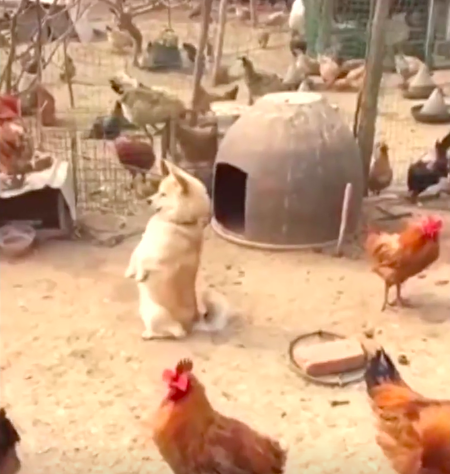 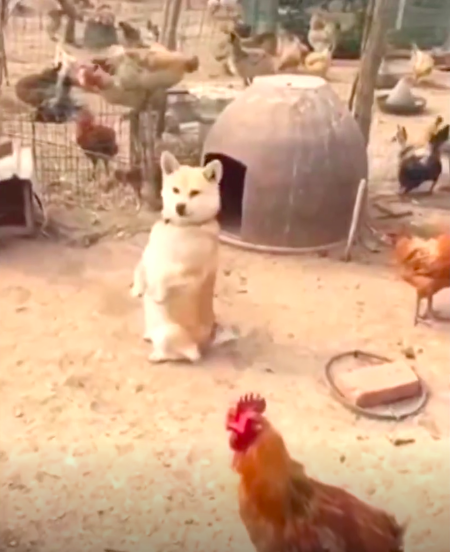 The puppy even turns to the camera! Watch it carry out it’s role as chicken supervisor below: