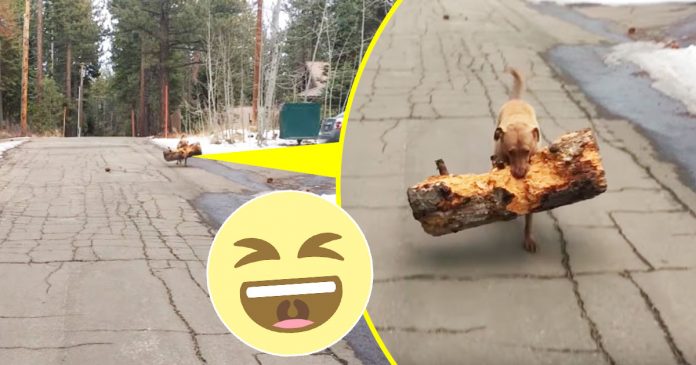 Evey dog loves playing fetch with their owner and while many dogs prefer chewable toys or long stick to play the fun game, this hilarious dog has a totally an unusual taste when it comes to the game.

Cliff Lambson, the proud owner of a Chesapeake Bay retriever named Wally said that he and Wally were out for a walk at Lake Tahoe, California.

“We were on a walk and he had a long stick, but as soon as he found this tree trunk he swapped the stick for the bigger toy,” Cliff said 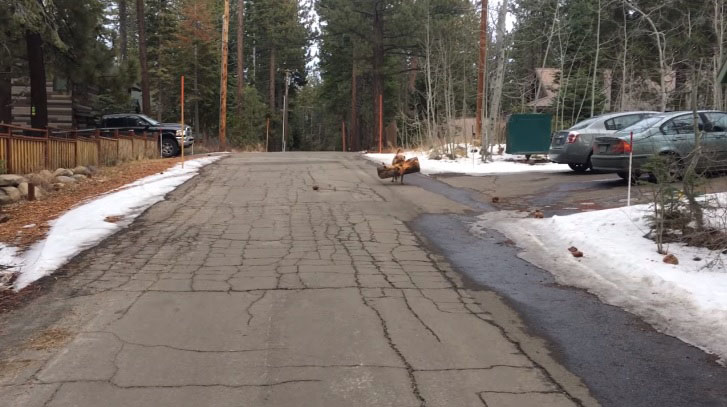 “When he first picked up the trunk it probably weighed about 40lbs, and it was so heavy that his back feet were rising off the ground as he walked!”

In spite of its heavy weight, it did not stop Wally from carrying the trunk in his mouth 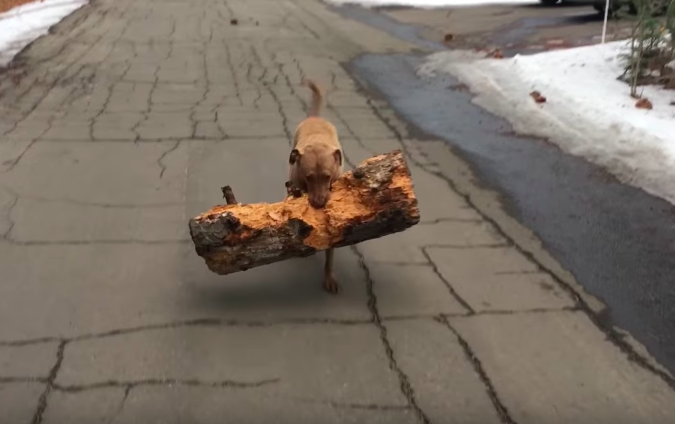 The dog tore chunks of the trunk until it was light enough for him to carry. 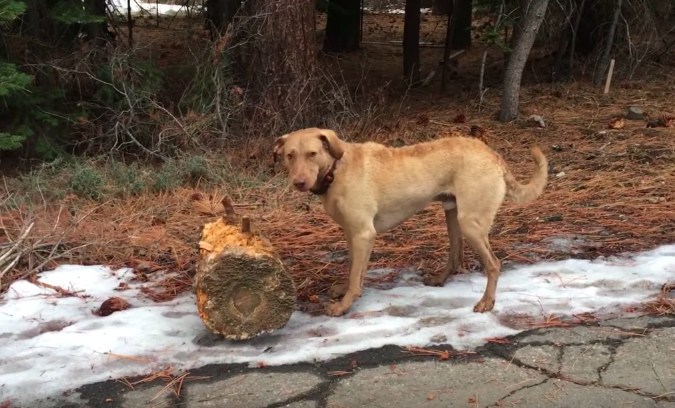