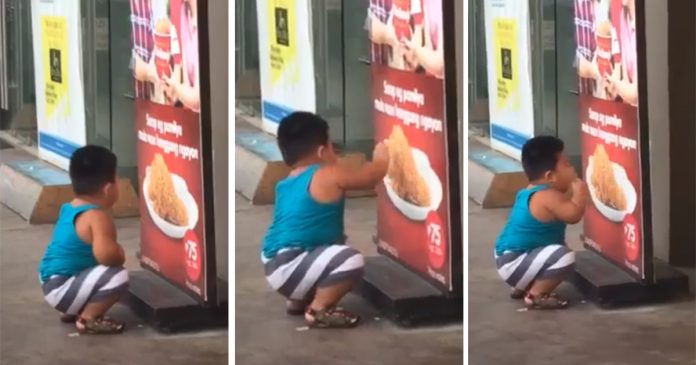 Harvey Quesa arrived at a Jollibee restaurant to have breakfast. Instead, he found that the fast food restaurant was not yet opened.

What he did next quickly made him a viral sensation!

Harvey from Malasiqui, the Philippines was on the way to the market in neighbouring town, Bayambang with his mom, Va Nes Na and her cousin, Yna T Devera.

However, Harvey could not wait for the restaurant to open. The little boy sat in front of the restaurant, staring longingly at Jollibee’s fried chicken poster 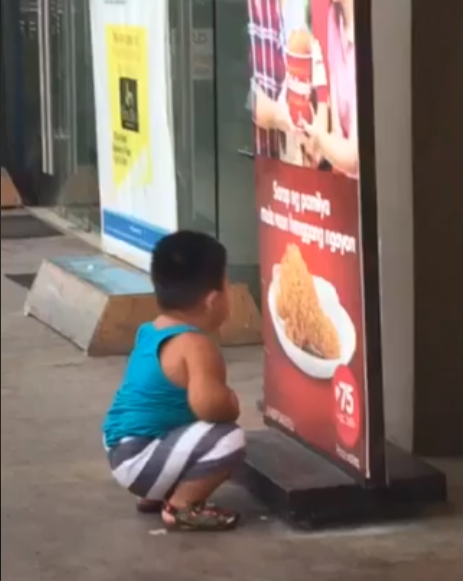 Suddenly, he pulled out his hand… 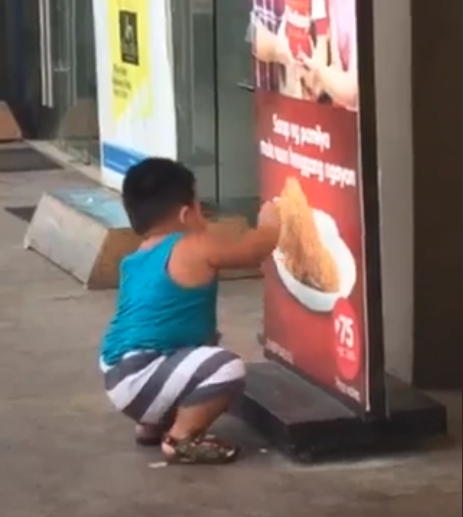 …and tried to eat the fried chicken advert! 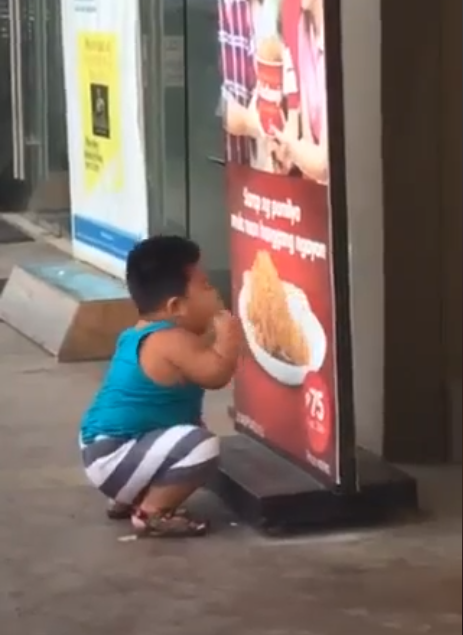 The funny clip quickly made rounds on the internet. It garnered 11 million views when it was first uploaded on Facebook 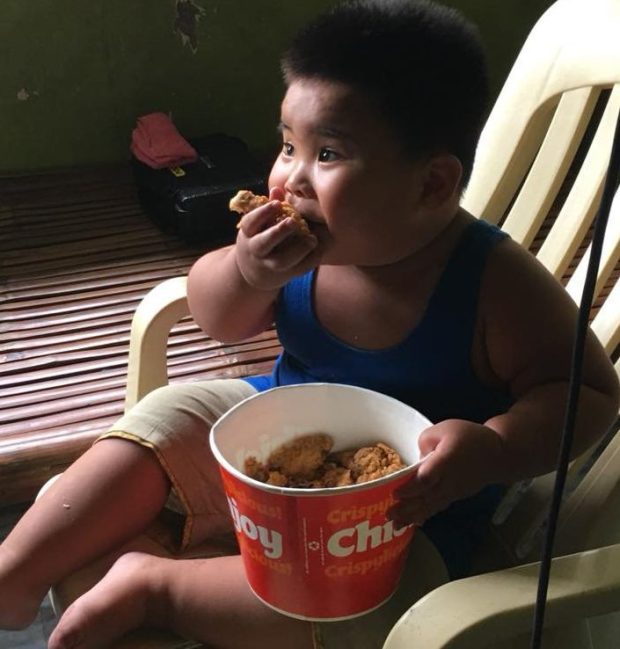 Harvey’s mother, Va Nes Sa said “My cousin, Yna and I decided to eat breakfast in Jollibee but when we got there, it was still closed. So we decided to just wait in front of the restaurant until it opened.

“While my cousin and I were waiting outside, we just let Harvey walk around because there weren’t many people around at that time in the morning.”

Thanks to his hilarious clip, Jollibee decided to give Harvey free buckets of fried chicken! 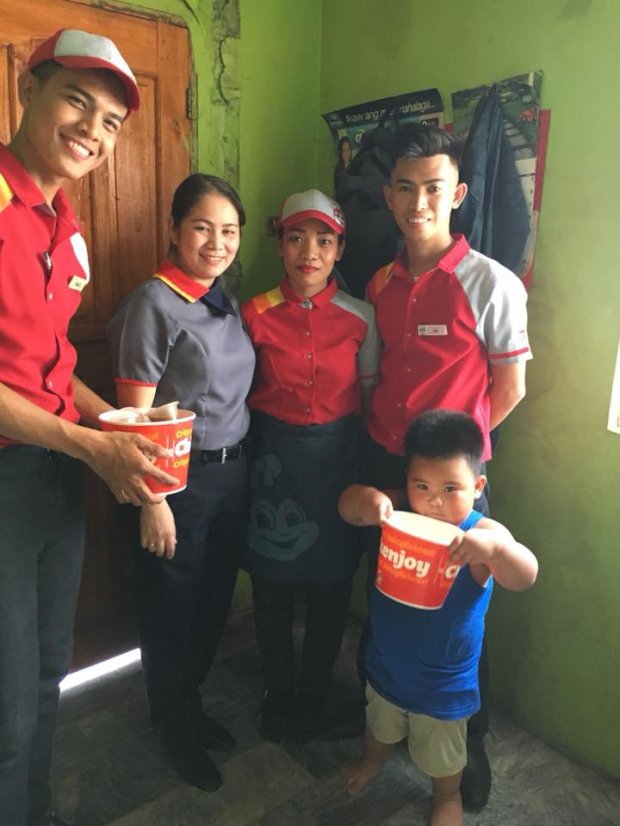 Not bad for waiting patiently outside the closed restaurant!