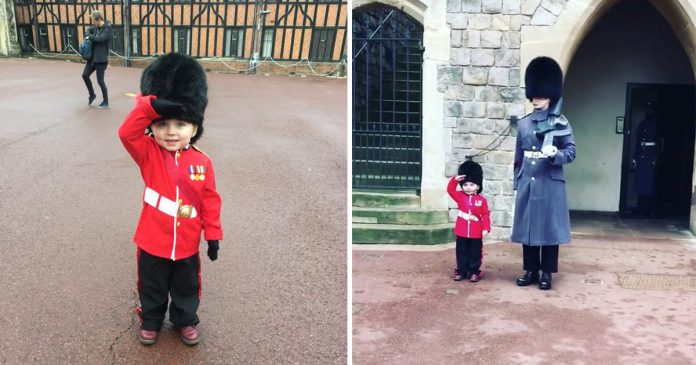 When it comes the Queen’s Guards, the contingent of infantry who guard the Buckingham Palace and St. James’s Palace, images of their solemn, unflinching face quickly come to mind of many people.

However, this tiny royal guard is an exception and he quickly became viral for his absolutely adorable salute! 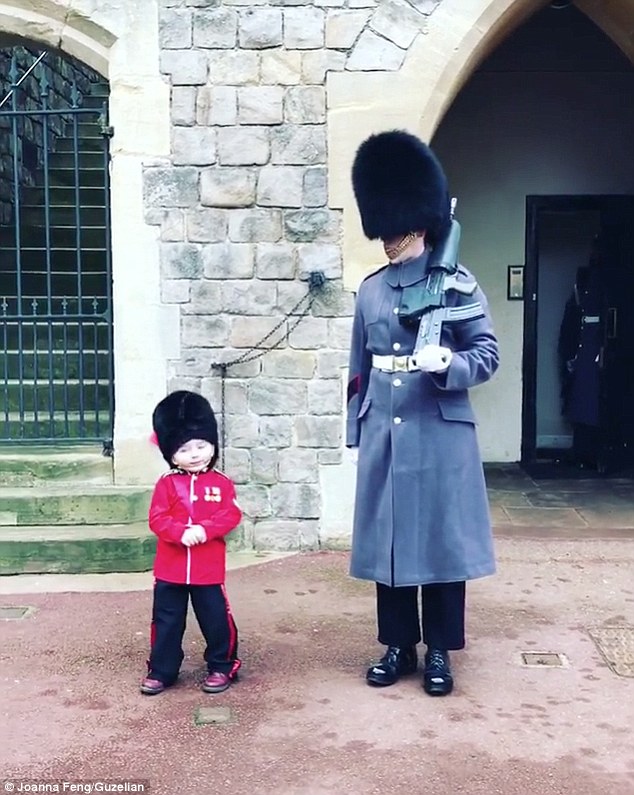 The little boy ended up being an internet sensation when he was filmed giving an adorable salute next to a royal guard at Windsor Castle! 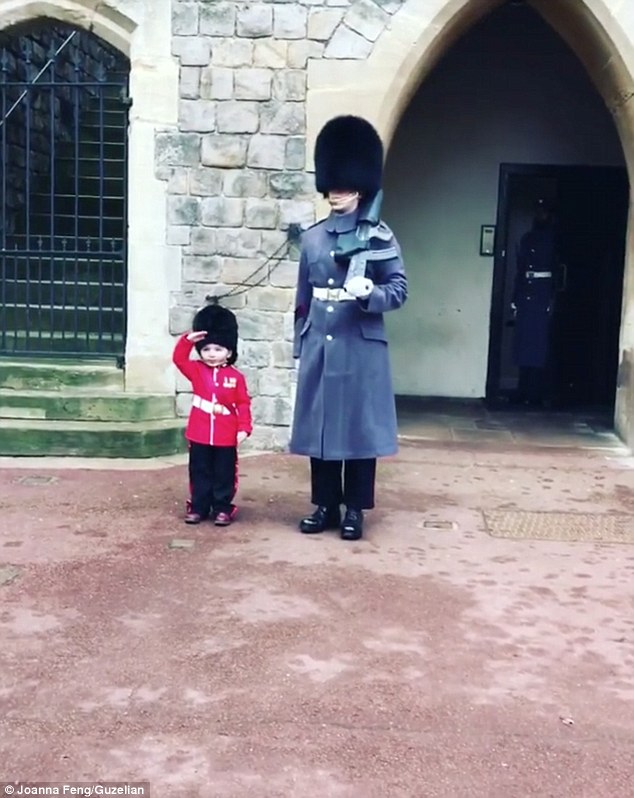 In less than 24 hours, his cute footage racked up over one million. 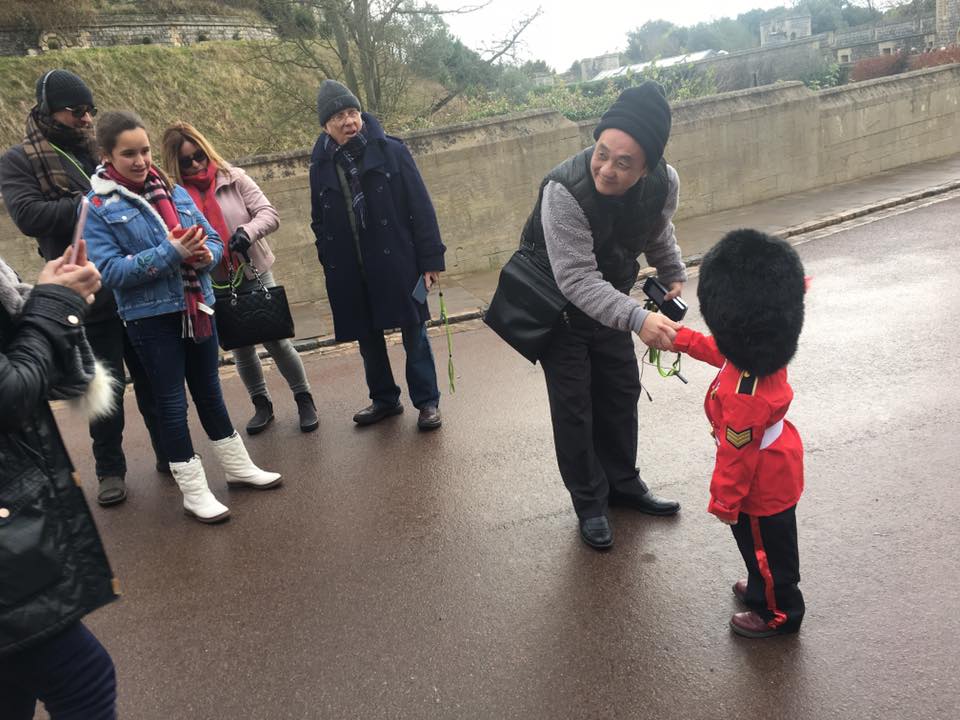 A group of girls visiting the castle even serenaded him with “Happy Birthday” song! 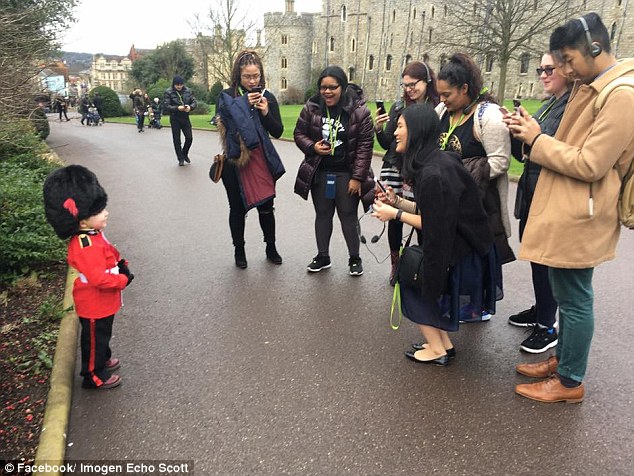 Marshall’s mother, Imogen Scott said: “He wanted to visit the castle for his birthday but just had no idea what would happen 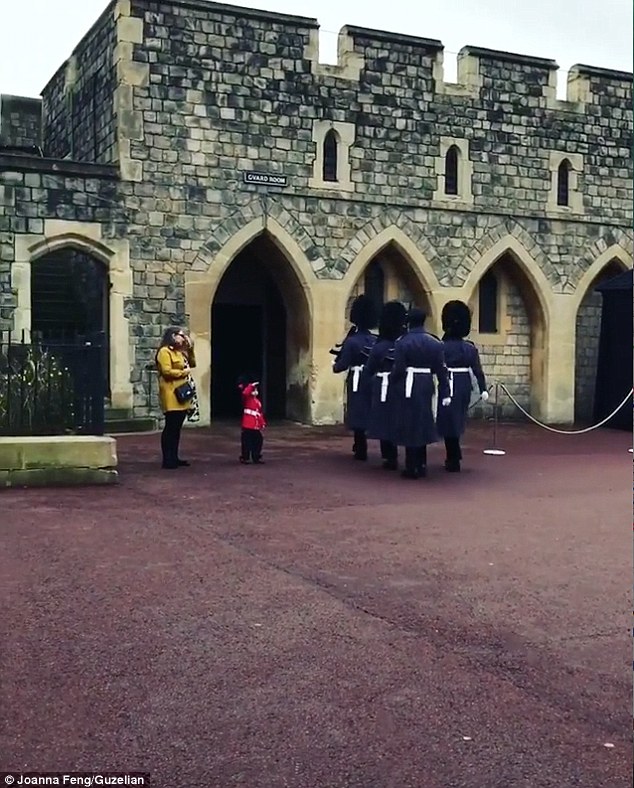 “We are so overwhelmed and thankful for everything.”

It was definitely a moment to remember for this young boy! 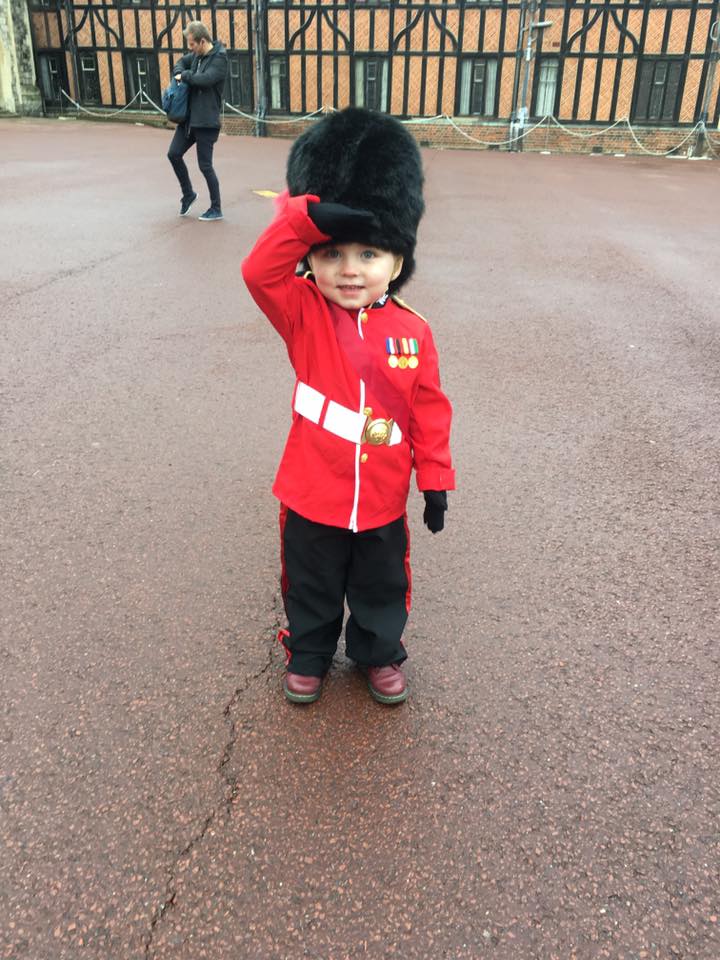