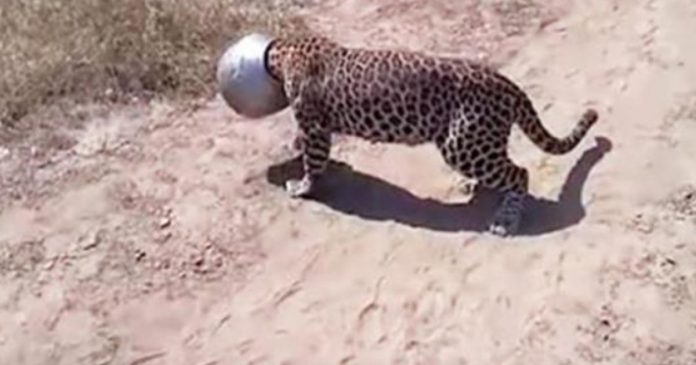 This leopard was terribly parched when it saw a metal pot. Without much hesitation, this wild feline immediately got his head inside of the metal pot in search of water.

Unfortunately, the male leopard spent the next five hours with its head stuck inside the pot.

The incident which took place in a village in the northern state of India, Rajasthan saw the leopard wandered around the village before the villagers gathered cautiously around it to rescue him 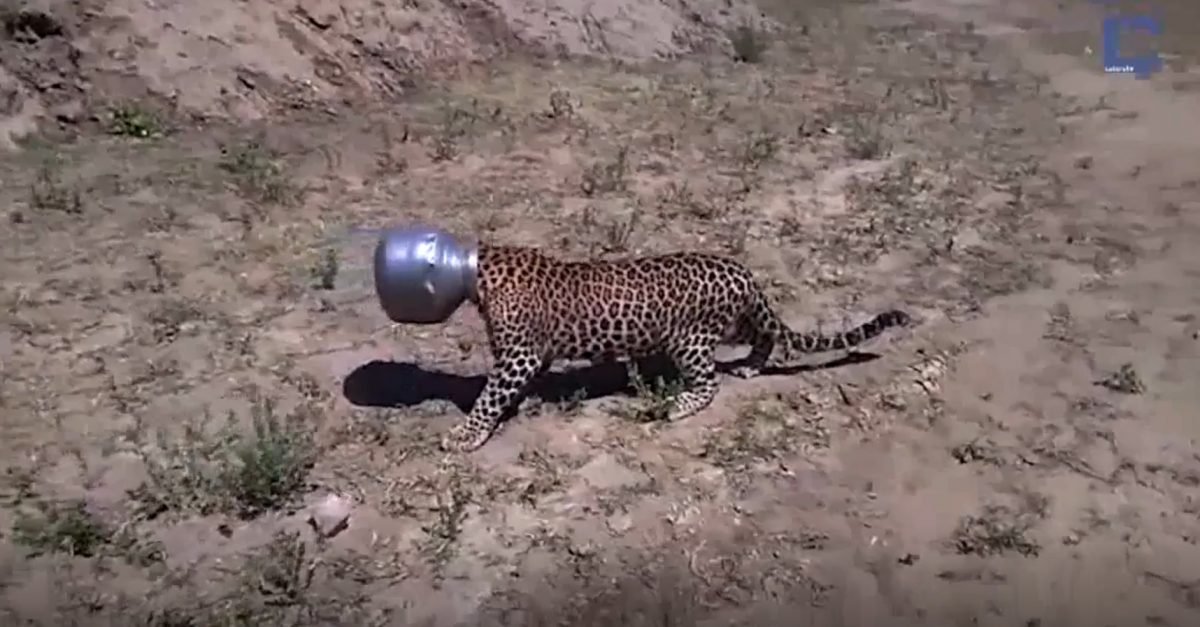 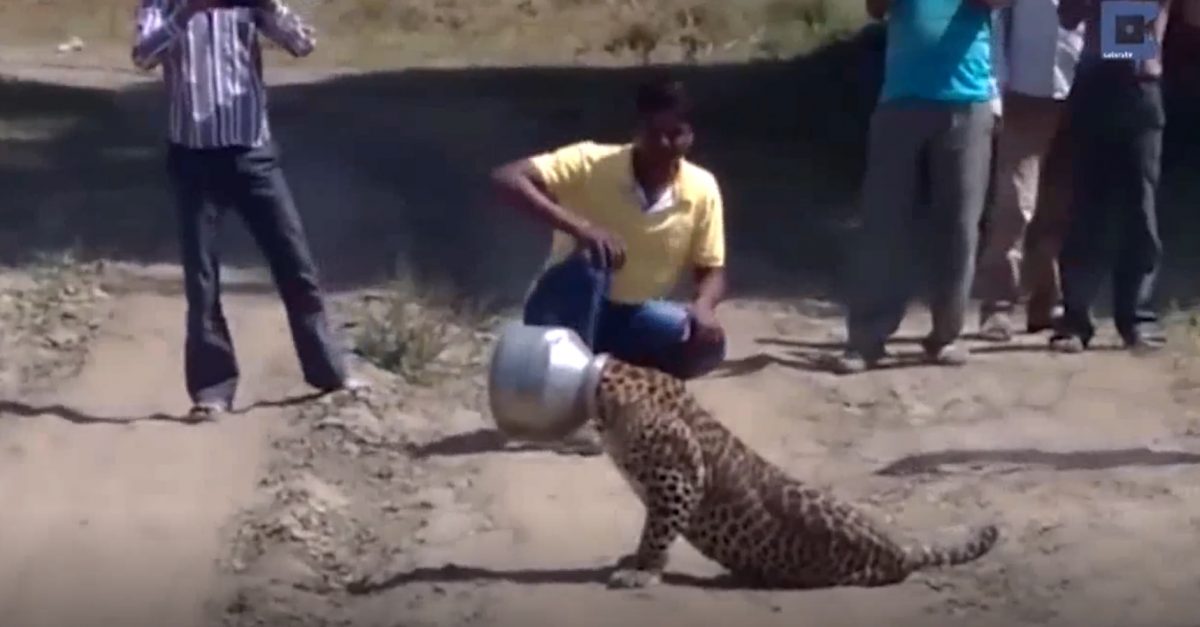 Luckily, the leopard was unharmed and it was safely released back to the wild after the rescue 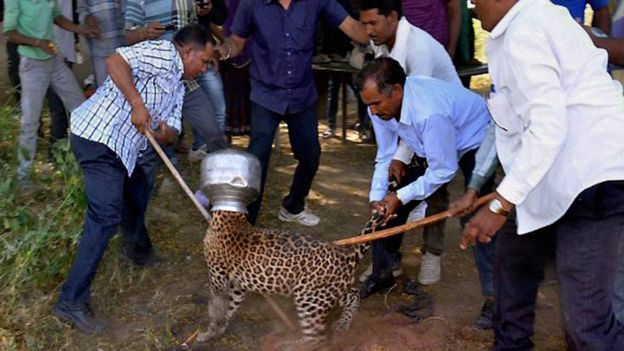 Real-life race between a rabbit and a tortoise was held and...