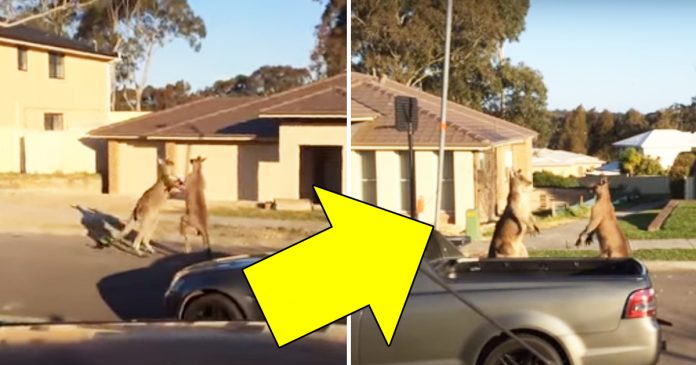 These two neighbours had a little dispute over an unrevealed issue and they decided to bring it to the street to prove who was right.

It is uncertain why these two cranky kangaroos fighting on the street and the rare sight is said to happen on a residential street somewhere in Australia.

We hope that the kangaroos would reach a common ground after the fight.

Watch this funny video of two kangaroos fighting on the street

These two lucky paddle boarders were so close to a herd...